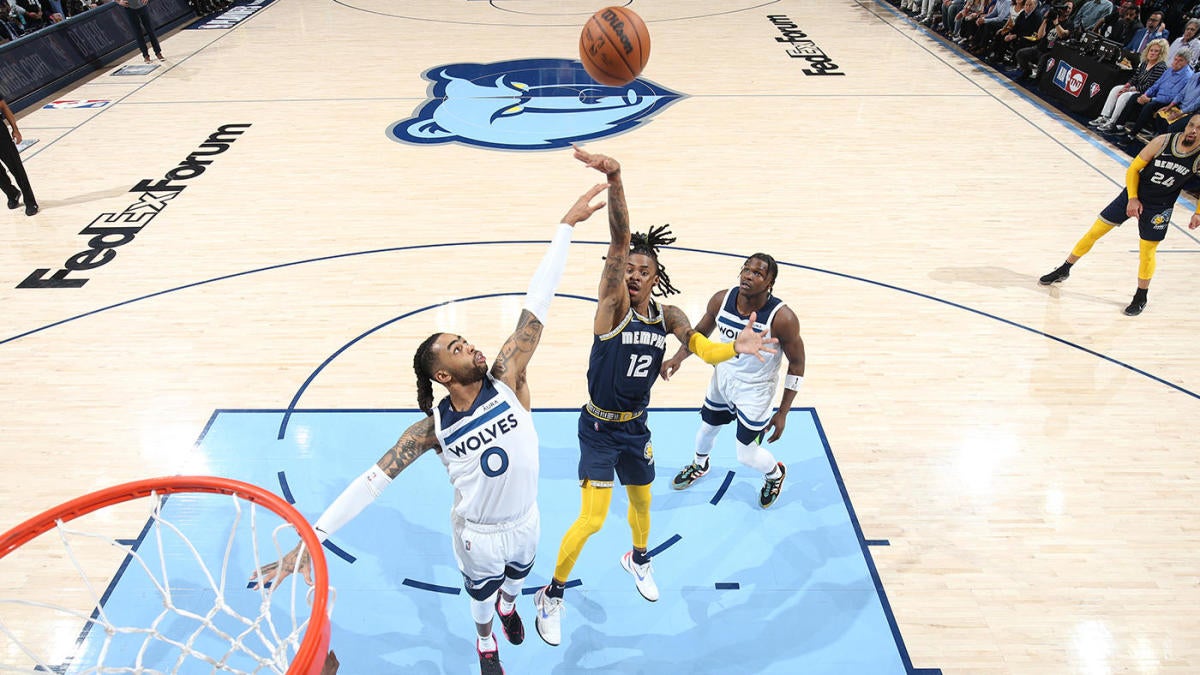 The Heat defense was once again fantastic. Young had a tough time all series (outside his game-winning floater in Game 3), and, in turn, the Hawks — who scored nearly 114 points per game in the regular season — were held under that in all five games this series.

Perhaps even more important for Miami is that Lowry will get to rest his ailing hamstring and Butler will get to rest his inflamed knee. The Heat may not have needed those two to close out this series, but they almost certainly will in the second round, where they’ll face the winner of 76ers-Raptors.

For now, though, Miami can be proud of a job well done. The Heat controlled this series start to finish.

One day after winning Most Improved Player, Ja Morant may have saved the Grizzlies’ season. The star guard scooped in a layup with one second left (watch it here) as Memphis rallied past Minnesota, 111-109, to take a 3-2 series lead.

Just how big was Morant’s game-winner? In series that are tied 2-2, the winner of Game 5 goes on to win the series over 82 percent of the time. Memphis will hope to continue that trend by winning Game 6 on Friday.

TRAE YOUNG AND THE ATLANTA HAWKS

Last year, Trae Young had an unforgettable postseason. He’ll hope to forget this year’s playoffs as quickly as possible, though.

It was a disastrous series for Young. Now, there’s no shame in losing to the No. 1 seed as the No. 8 seed, but the Hawks never should have been in that position in the first place. They have too much talent and, coming off a run to the Eastern Conference Finals, shouldn’t have needed two play-in wins just to sneak into the playoffs. There are big decisions to be made this offseason.

There’s a big change coming to the NCAA. Mark Emmert, who has been president of the association since 2010, is resigning. He will officially step down either when the NCAA finds his replacement or on June 30, 2023 — whichever comes first.

It wasn’t exactly a sterling dozen years for Emmert. The list of things the NCAA struggled with or outright embarrassed itself with — remember when Emmert called NIL an “existential threat” in 2019? — during his tenure is a long one. Now, with major changes coming to college sports, the leadership at the NCAA is changing as well.

We’re one day away from the NFL Draft, and the answers to all the big questions are still just anyone’s best guess. Who’s the No. 1 pick? Who’s the first quarterback taken? First wide receiver? Who’s looking to move up — or down?

We’ll know the answers for certain soon enough, but until then, our NFL insider Jason La Canfora has nine draft prop bets most likely to hit, including…

Speaking of quarterbacks, our NFL Draft expert Josh Edwards took a look at every time a team traded up to select a QB since 2011. The best move? It’s the Chiefs moving up to get Patrick Mahomes. The worst move? In that exact same draft, the Bears traded up to get Mitchell Trubisky. Oof.

Edwards also created a couple of hypothetical trades for teams that could look to move up for their next signal caller. Steelers fans, how would you feel about this one?

If you’re still catching your breath from Manchester City’s ridiculously fun 4-3 win over Real Madrid in the first leg of their Champions League semifinal tie, you’re not alone. What a match it was.

While four goals is a lot, it could have been even more for City, writes our soccer reporter James Benge.

Here are our player ratings. Meanwhile, the other semifinal first leg — Liverpool vs Villarreal — is today at 3 p.m. on CBS and streaming on Paramount+. Here are our experts’ picks and predictions.

We’re watching the NBA playoffs. Here’s how you can, too.