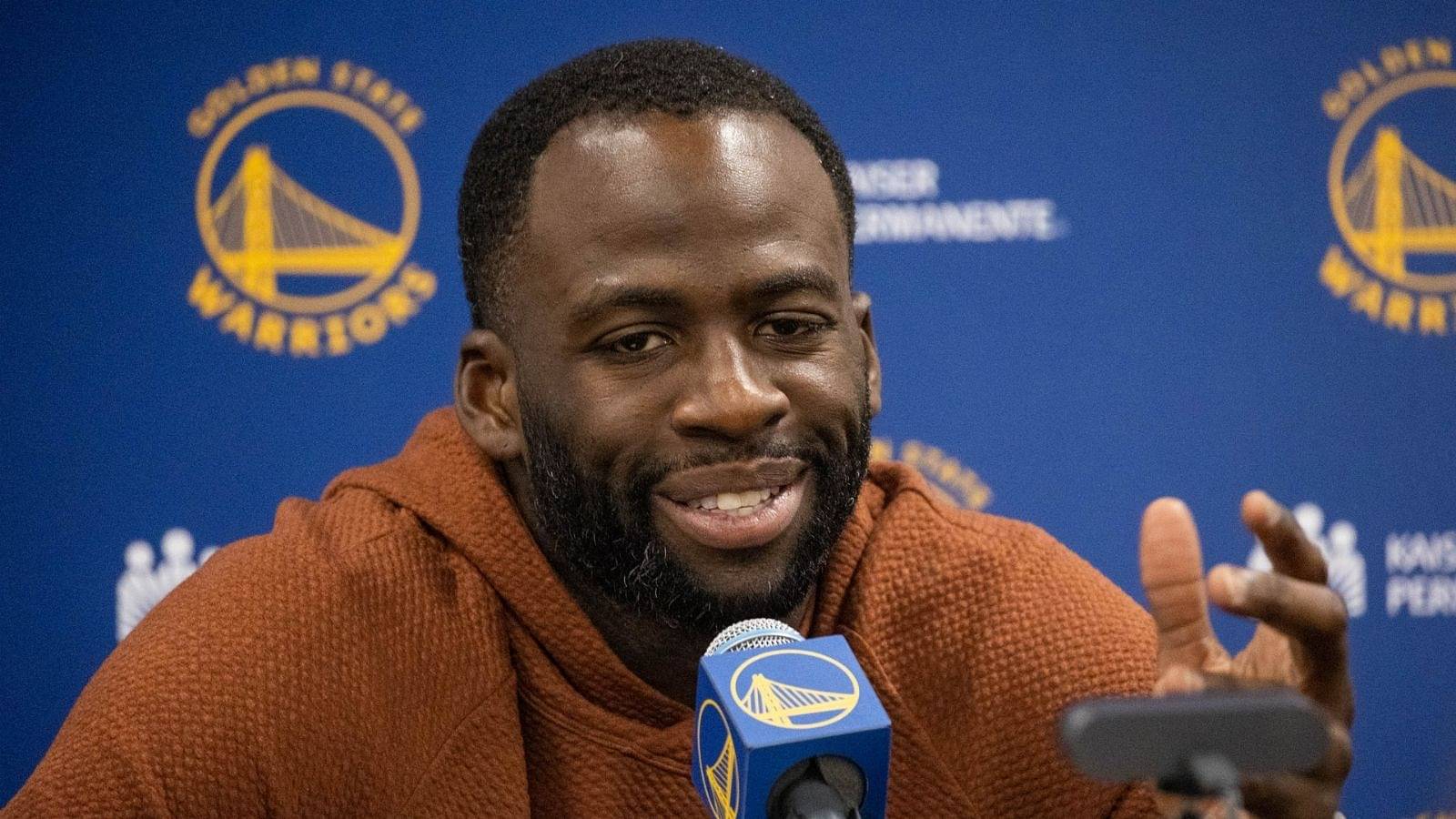 Warriors’ Draymond Green believes the team should not exhaust themselves over the top seed, playoffs are where it matters

The Golden State Warriors are headed towards the final stretch of the season. The Dubs just have 22 games remaining for the season. They face off against the Dallas Mavericks tonight. Coming out of the All-Star break, the players have renewed energies, and look forward to finishing the season strong. Draymond Green is still out for the foreseeable future, but is expected to join the team before the playoffs.

Also Read: “Ja Morant went in the house Michael Jordan built, where DeMar DeRozan has been cooking and dropped 46!”: Kendrick Perkins praises the Grizzlies’ All-Star for his career-high performance against the Bulls

Today, Green was seen practicing with the team and taking part in 5-on-0 work, some shooting, and some light drills. This is good news for the Dubs, who want their defensive anchor back as soon as possible. After the practice yesterday, Draymond sat down with the media, and discussed a few things. One of the things he talked about passionately was how seeding does not matter. With Chris Paul out, the Warriors can try and push for the top seed in the West, but that is not what Green wants.

Draymond Green talks about the insignificance of seeding

Having been in the playoffs and the Finals a few times, Draymond Green has experience when it comes to the matter. After practice yesterday, he dismissed the idea that the Dubs should chase after the top-seed in the West. He said,

If we’re the two seed, you just gotta go win one on the road anyway. After going through it so many times, you understand — to exhaust yourself for the one seed — yeah, you get an extra game at home in the series or a close-out game at home. (2/4)

But I’ve won Game 7s on the road and lost Game 7s at home, so it don’t really matter. If you can get it, great, but I don’t feel like and I don’t feel like anyone in this organization feels like it’s worth it to exhaust yourself trying to chase after it.(3/4)

“If you’re healthy, then you’re always trying to win every game you can win. But if you’re not healthy then there’s no use for rolling guys out there and risking more injury or if some guy’s a little beat up then risking that possibly getting worse. It’s not worth it.”(4/4)

Also Read: “LeBron James had to use the Jordan rules on Stephen Curry!”: Richard Jefferson reveals how Cavs took advantage of silent whistle during 3-1 comeback

As long as the Dubs are healthy, any seed in the Top 6 should be good enough for them. Green knows it, and is letting the rest of the world know about it as well.