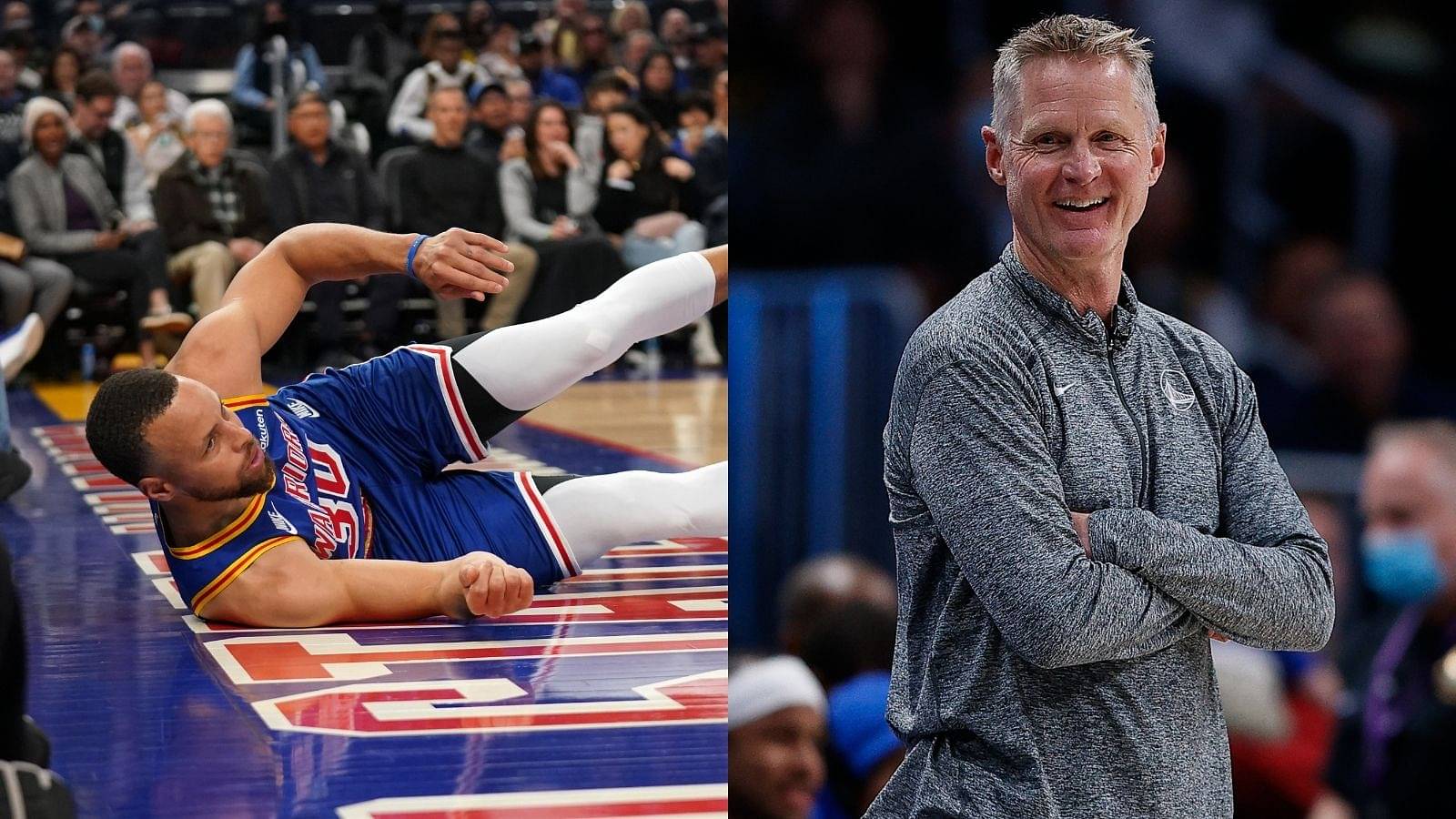 Stephen Curry got injured just in time, might return around the time the Playoffs start and Steve Kerr believes it’s a blessing in disguise.

The Golden State Warriors hosted the Boston Celtics on Wednesday, looking to make it their 5th straight dub. But the Celtics had their own thing to do as their 5-game hot streak was just put to ice a game before that by the Dallas Mavericks.

While putting up a show in the Chase Center, Celtics point guard Marcus Smart scuffed with Warriors’ guards Stephen Curry and Klay Thompson in the same play with just over 4 minutes remaining in the second quarter.

Marcus Smart did this to Steph and Klay on the same play… pic.twitter.com/tHy69sC1ui

Also read: “With Jayson Tatum and Jaylen Brown scoring 30+ points each, the Celtics are undefeated!”: NBA Twitter reacts as the Cs’ duo surpass Larry Bird and Kevin McHale for an impressive franchise feat

While Thompson escaped unharmed, The Chef went out of the game quickly with soreness in the left foot and didn’t return for the remainder of the game. The MRI after the game revealed a sprained ligament which will keep him out of action at least for 2-weeks, and Steve Kerr showed his dismay with the Celtics guard’s “dangerous” play.

Stephen Curry gets injured before the playoffs, but coach Kerr finds a positive in it

The 3x Champion coach has found positive in his sensational point guard’s injury. Kerr believes his team would learn to play without Curry, which will be a much-needed practice for the Playoffs when the GOAT 3-point shooter will be taking rests.

“As far as the team is concerned, it will give us an opportunity to learn how to execute without him, which will come in handy during those minutes during the playoffs when he’s off the floor. If we can learn to execute a little bit better now, that will serve us well later.” Kerr said Friday after practice according to NBC Sports.

He said, “The silver lining is that Steph will get a break before the playoffs come. Assuming everything goes well, he’ll be ready to roll.”