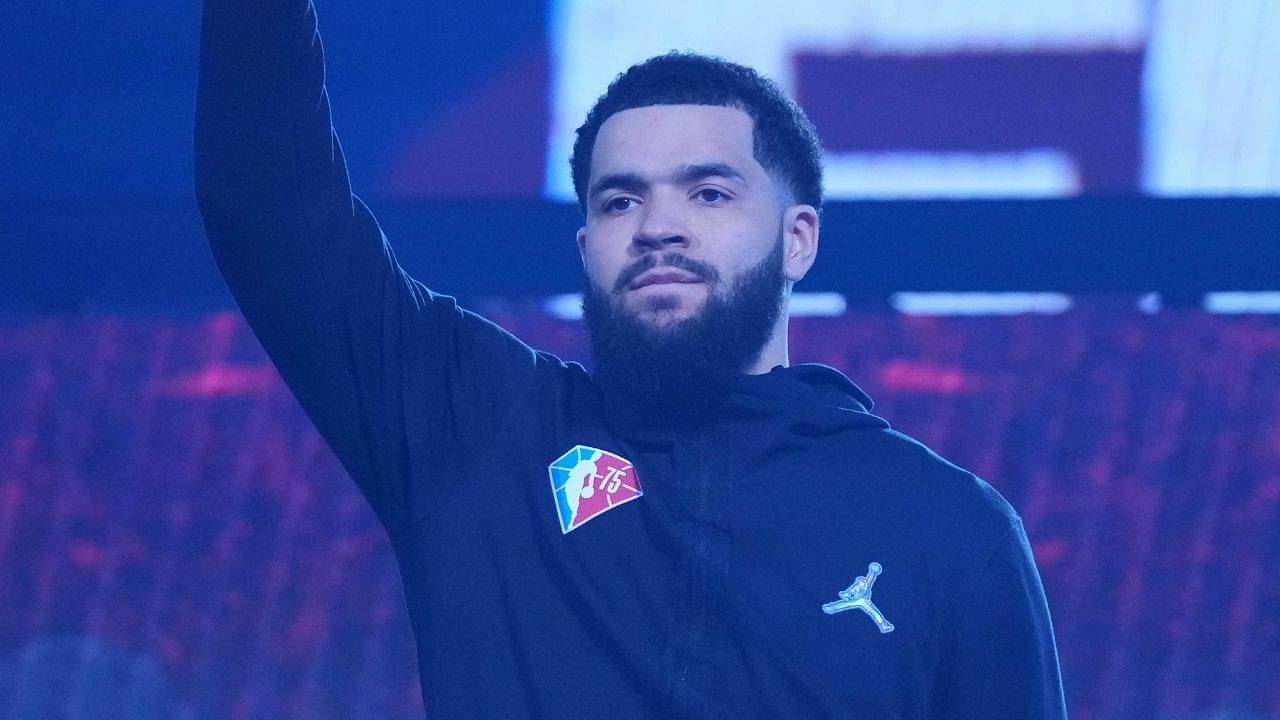 Whether or not Fred VanVleet takes the court for the Toronto Raptors today is an unanswered question, 4 hours ahead of tip-off.

The story of Fred VanVleet is one that’ll make the most hard-nosed critics stand up in applause. This is a man who had an unbelievable amount of faith in himself, despite going undrafted back in 2016.

VanVleet has worked his way right up to All-Star status in under 6 years from that stage. This man is still adding to his arsenal as he reaches the expected prime of an athlete’s career at age 28.

While he’s averaging a career-high 21.6 ppg on a career-high True Shooting percentage of 56.9%, FVV has also been one of the league’s peskiest on-ball defenders for quite a while now.

The Toronto Raptors have rode his back hard as their go-to scorer during crunchtime. Given his added responsibilities in the absence of Kyle Lowry, Fred VanVleet is now effectively a franchise cornerstone.

Also Read – We can tell the story of Stephen Curry without talking about Kevin Durant, but not vice-versa! Former NFL Linebacker reasons why the GSW MVP’s legacy is better than the Nets superstar.

One of the criticisms of Nick Nurse this season has been the way he’s seemingly overused his preferred lineups. The likes of Pascal Siakam, OG Anunoby and now Fred VanVleet have played really heavy minutes.

VanVleet, who’s played 51 of their 58 games and is averaging a whopping 38.2 minutes per game, is currently suffering from some knee soreness, which is quite understandable given his insane workload.

Doug Smith of the Toronto Star reports that the All-Star Game debutant is doubtful for tip-off against Atlanta. Nick Nurse will be taking a call about whether or not the 28-year-old plays tonight after their warmup routine.

Raptors have put Pascal Siakam in the same “questionable” category as Fred VanVleet for tonight in Atlanta
SIakam has non-COVID illness, VanVleet’s knee is still sore
And OG Anunoby is out again

The Raptors seem to be floundering in form of late. They’ve lost 3 games on the bounce following a long win streak of 6 games. Their previous loss to the Charlotte Hornets was a sound 125-93 beating.

It is quite possible that Nurse plays FVV for a small spell, especially if there’s a W for the taking.

Also Read – Who has EVER wanted to go to the Knicks?! Stan Van Gundy delivers franchise with MASSIVE burn despite rumors of Zion Williamson’s ideal trade destination.