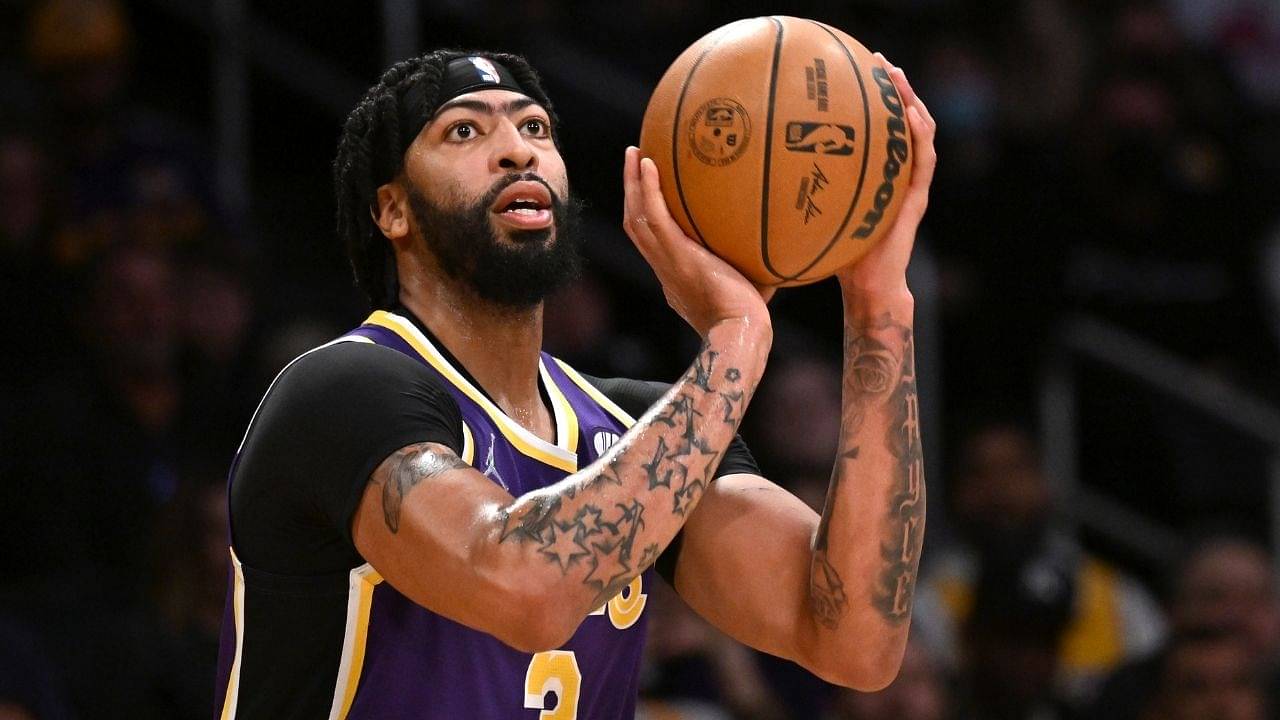 Will LA Lakers star Anthony Davis be available against the Dallas Mavericks? Franchise releases the status of his high ankle sprain

As much as it may pain us to see it, Anthony Davis is out yet again with an injury.

In case you may not be aware, in a recent game against the Jazz, the Brow came down horribly on his right leg. And frankly, there wasn’t a single moment where it looked anything less than disastrous.

In case you haven’t seen the incident unfold, you can take a look at the YouTube clip below. But, given just how terrible the injury was, we feel that we must put up a graphic warning here before you have the chance to see it.

The injury was later diagnosed to be a mid-foot sprain, bringing relief to many who feared something far, far worse.

Still, due to this injury, Davis has been forced to sit out the Lakeshow’s last two games, which came against the Clippers, and the Pelicans, both of which were losses for the team. Heck, the team even lost the latter of these two games by an alarming 28 points.

Needless to say that the franchise wants to see the man be healthy and back out on the court as soon as humanely possible. However, will that be the Lakers’ very next game?

Also Read: Is LeBron James playing tonight vs Mavericks?: Lakers reporter releases injury update on the King ahead of massive game vs Luka Doncic and co.

Anthony Davis ruled as OUT for this game, injury set to be re-evaluated in 3-4 weeks

Sorry Lakers fans. We had no choice to be the bearers of bad news on this one.

This is getting really out of hand.

While AD will likely not miss the rest of this season, it would still be far too early to expect a return back to the court.

Really, all fans of the franchise can do now, is pray that 37-year-old LeBron James can somehow manage to steady this ship even without his superstar teammate. But frankly, even that might be a tad too much to ask for.

Also Read: Is Fred VanVleet playing vs the Brooklyn Nets?”: Raptors issue knee injury update ahead of matchup against Kyrie Irving and co