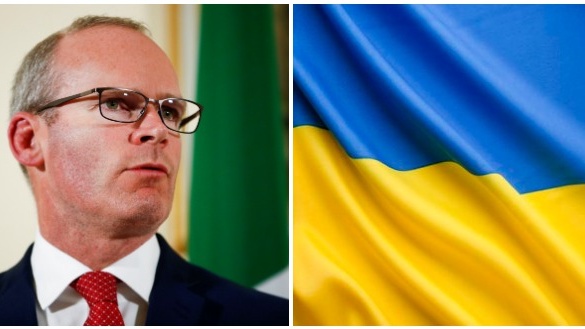 Ireland is not neutral where Ukraine is concerned, according to Minister for Foreign Affairs and Defence Simon Coveney.

“Let me be very clear, in relation to what’s happening in Ukraine, we are not neutral. In fact we are actively funding and supplying equipment to the Ukrainian military to help them defend themselves and the civilians of their country,” he said.

“We have chosen to take sides in that regard because we believe that Russian aggression is not only illegal . . . but is also something that Ireland needs to morally take a stand on,” he told the Dáil Committee on Foreign Affairs and Defence on Thursday.

Ireland’s €11 million contribution to the EU’s European peace facility “hasn’t been spent yet, but it will be. We’re also looking to see what actual gear we can provide as well,” he said. “There is some military defence equipment that might be useful.”

Next week “we will mark this St Patrick’s Day with solidarity rather than celebration”, he said. This would involve projecting the Ukrainian colours, instead of green, on to symbols and buildings worldwide.

On efforts at ending the war, he said: “I would strongly appeal publicly to China in particular . . . to call out breaches of international law and to do what they can to make a positive towards peace and a ceasefire.”

As regards EU membership for Ukraine, the Minister said Ireland is a strong supporter of fast-tracking that process and getting Ukraine formally designated as an applicant country.

“If ever there was a country where people were literally giving their lives for the values system that we hold dear in the EU, and what drives democracy in our union, it’s Ukraine . . . and I think that has to be reflected in the political decisions that we make.”

He felt the response of the Ukrainian people following invasion “has just been extraordinary . . . I think the resolve of the EU and the West more generally, if you want to call it that, was also underestimated.”

However, Mr Coveney emphasised “for the record, Irish people aren’t anti-Russian, Irish people are anti the Russian leadership and the decisions they are making right now. And I think it’s really important for all of us to keep delivering the message that Russian citizens in Ireland, Russian children in Irish schools, should not be targeted or blamed for what’s happening in Ukraine. This is not in their name.”

Later on he told the Select Committee on Foreign Affairs and Defence that “our team at the [UN] Security Council are doing a phenomenal job for Ireland. They were “setting a benchmark for how small countries should contribute to global debates on the security council in a way that’s very, very impressive”, he said.