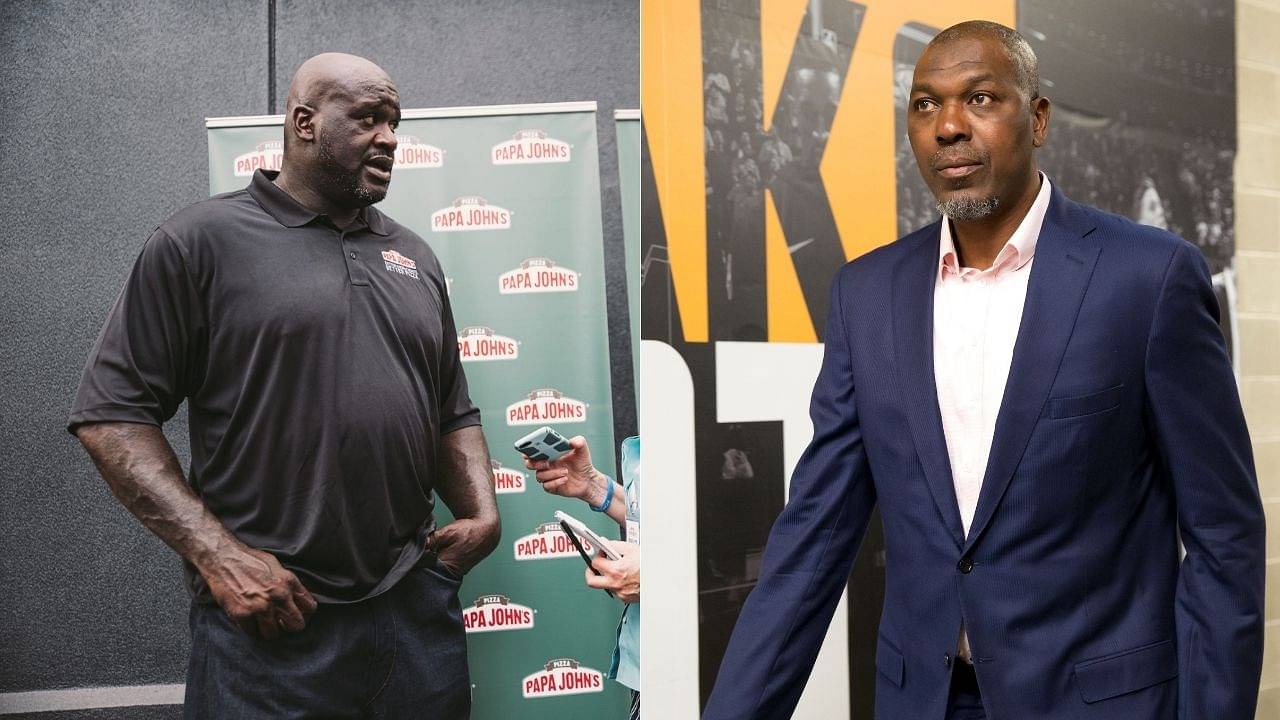 Shaquille O’Neal holds the title of having the most nicknames in NBA history. MDE – Most Dominant Ever, is probably the best out of those.

NBA players are by definition some of the freakiest athletes on the planet at any point in time. Playing such a high-octane sport while competing against veritable trees requires some elite genetic traits for sure. And no one hit the genetic lottery better than Shaq.

Michael Jordan, LeBron James and Wilt Chamberlain – just to name a few – are some other freaks in contention for that title. But anyone who’s ever bothered to look up tape from Shaq’s threepeats knows that there was no stopping the man.

“He’s not a man, he’s a herd” – said John Sutton about the Brazilian Ronaldo – the fat one, as they now call him. If we take that same analogy from the green grass to the hardwood, the one player most suitably compared to Fenomeno in that phrase would be Shaquille O’Neal.

While Shaq grew into a big beast later on in his career, his early years with the Orlando Magic often go under the radar. But he was probably a freakier athlete while he played in Florida initially, that’s for sure. I mean, how does a man record 15 blocks in a single game?!

Also Read – “Ah, man! I accidentally crushed my Dwight Howard cake!”: Shaq hilariously shows his ‘appreciation’ for a little gag Inside the NBA pulled on his 50th birthday

Shaq only weighed around 300 pounds when he got drafted to Orlando. This allowed him to run out in transition like a gazelle at times. It also meant that he was a sprier opponent for the elite centers in the league from the post region.

Hakeem Olajuwon and David Robinson were probably the 2 freakiest athletes at the center position before Shaq’s draft. And as soon as Shaq hit the NBA, he took everyone by storm with his unexpectedly agile footwork and body control.

That was the thing that both David Robinson and Hakeem Olajuwon lauded about the rookie. Both of these all-time greats were interviewed together during Shaq’s rookie year.

This was at one point in time when Hakeem had just played Shaq for the first time. The Admiral, meanwhile, was due to play Shaquille O’Neal in a week’s time.

Also Read – I needed to do what’s best for my career! James Harden tries to justify his forced exit from Brooklyn Nets and calls himself one of the best teammates NBA has ever seen.

Both of them played the All-Star Game in great spirits against the Eastern Conference’s starting All-Star center.