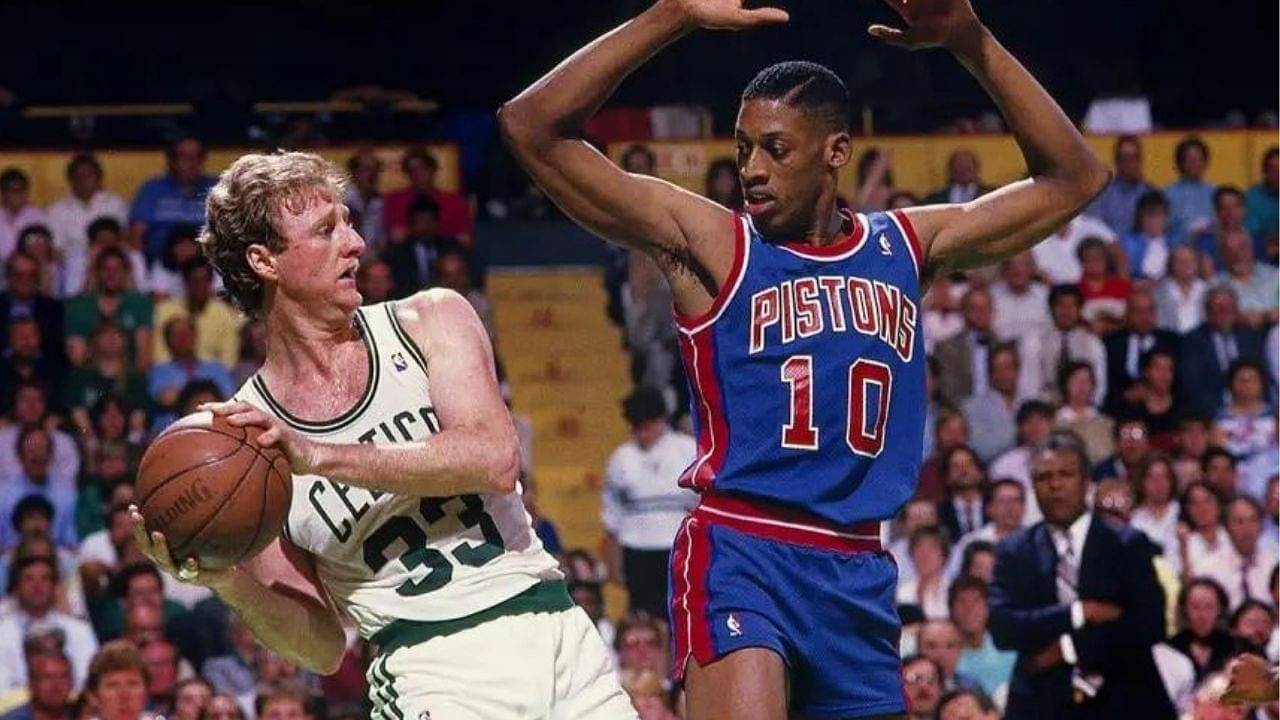 Dennis Rodman wanted to be a Detroit Piston and to be in the NBA so badly that he said to multiple people he would play for a dollar.

Dennis Rodman was undoubtedly one of the most eccentric superstars to have ever stepped foot on NBA hardwood. While he wasn’t going on trips to Las Vegas for 48 hours a night and dying his hair a variety of colors, he was probably out trying to get himself married. To himself.

His off-court antics shouldn’t take away from the fact that he was perhaps one of the most impactful defenders and rebounders in the history of the league. He had gotten the science of rebounding down to a ‘T’, asking his teammates to purposefully miss shots to understand just how the ball would spin off the rim and the backboard.

Also read: “Thank God, thank God I got pneumonia so the Bucks didn’t draft me in 1986”: Dennis Rodman was eternally grateful for the Pistons drafting him instead of Milwaukee

As for his defense, he most certainly was one of the greatest perimeter defenders the NBA had ever seen. While his offensive repertoire may not have been all too refined, the fact that he hustled as hard as he did made him just as valuable as the top tier players in the league.

Dennis Rodman claimed he would play in the NBA for a dollar.

Dennis Rodman had to earn everything he wanted to do. There were no freebies for ‘The Worm’ and given his upbringing, Rodman understood the value of capitalizing on something he was good at. So, when he was scouted out of Southeastern Oklahoma State, he knew he had to make it big on this opportunity he was given.

Also read: “If the referees let me play, I could guard Karl Malone all day”: Dennis Rodman was adamant on shutting the Jazz legend down in 1998 Finals against Bulls

Upon making it to the league, Dennis knew this was what he wanted to do for the rest of his life, despite football and the Dallas Cowboys being his first love.

It was apparent that he was in love with basketball with the way he played and threw himself around the court to gain a single extra possession. This is what Rodman had to say while on the BTM youtube channel.

“I was pretty much just having a good time. I was just so happy to be in the NBA in the league, I was so energetic, so hyper, so elusive and alive. I wanted to just go out there and play. If you see my interviews from back in the day, I would tell people I would play for a dollar just to be in the NBA.”[at around 3:20 mark]