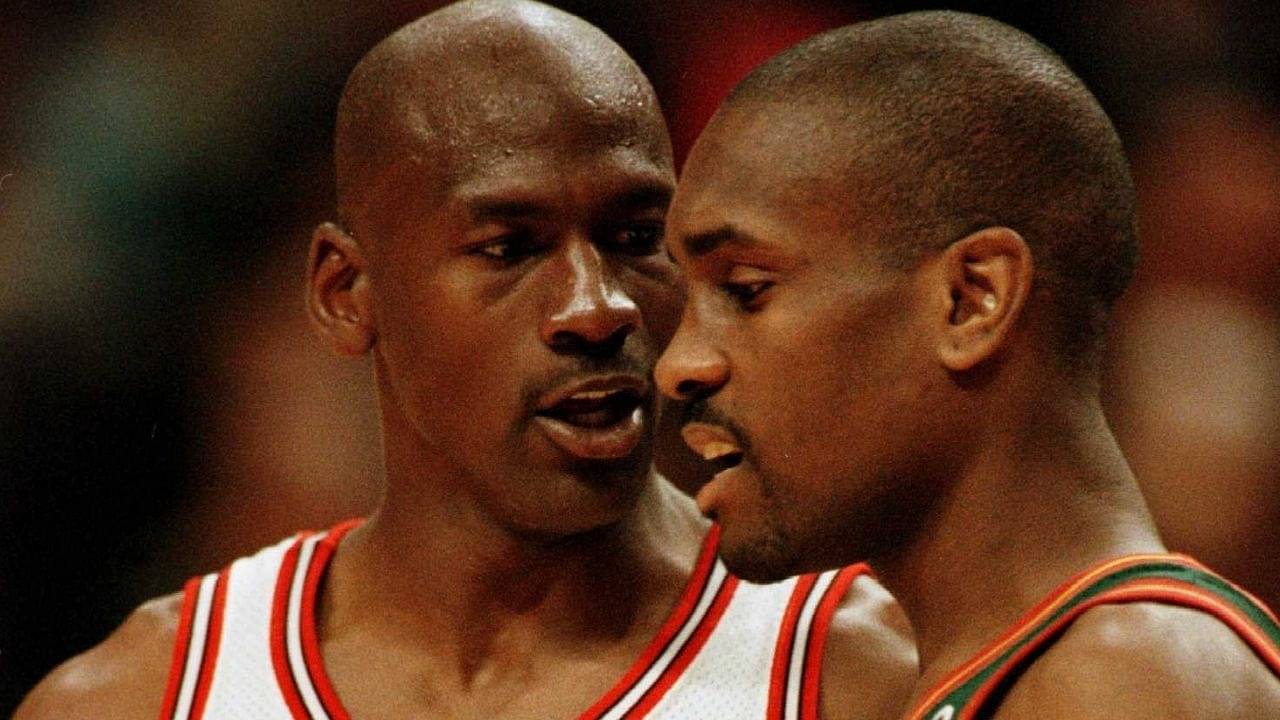 With Michael Jordan never having gone to a Game 7 in the NBA Finals, it’s difficult to say what team bothered him the most from the Western Conference. Going from a player-by-player point of view and not teams as a whole, saying Gary Payton gave him the most trouble in the Finals would certainly not be a wrong answer.

The 72-10 Chicago Bulls had lost merely a single game during the postseason prior to the Finals. That loss came against the New York Knicks in the semis where they gentleman swept their long-standing Eastern Conference foes.

Also read: “I think Shaquille O’Neal is the best player other than Michael Jordan”: When Larry Bird and Magic Johnson rightly predicted HOF trajectory for the Lakers legend seeing him play at LSU

With the Bulls being at the peak of their powers, it’s safe to say that the 3x champs going for their 4th title were the favorites to win the Finals yet again. The way Gary Payton describes the series is telling of just how the Seattle Supersonics felt going into the last stage of the season.

However, perhaps the most commendable aspect of what Payton and the Sonics accomplished against Michael Jordan and company was that they never once looked deflated after going down 0-3.

Gary Payton describes switching onto Michael Jordan in Games 4 and 5.

As Payton would describe it, Sonics head coach, George Karl, was looking to preserve the defensive point guard’s physical health by keeping him off of Michael Jordan. This was due to the fact that he had torn his calf in the Western Conference Finals against the Utah Jazz.

This however, led to the Sonics going down 0-3. No team has ever come back down from that kind of a deficit in NBA history in any round of the Playoffs. With the Sonics having little to no chance to come back, Gary Payton decided to switch onto Jordan in Game 4 because, well, why not.

Michael Jordan would end up scoring merely 23 points (his lowest scoring output in the Finals at the time) on terrible efficiency. The Bulls would get blown out by 21 points and lose Game 5 as well.

While the Bulls would win Game 6 off the back of Dennis Rodman’s 19 rebounds amongst other players like Toni Kukoc and company, Jordan wouldn’t perform all too well in the remaining 3 games. He scored 26 points on 22 shots in Game 5 and Game 6 saw him notch 22 points on 5-16 shooting from the field.