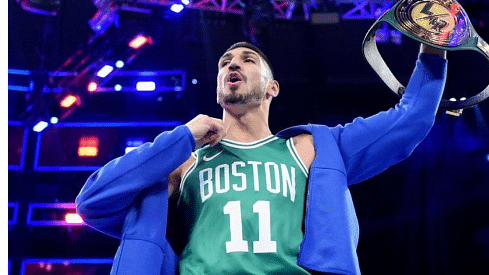 NBA star Enes Kanter Freedom spoke to Let’s Hang Live wherein he said that he already has a wrestling offer in hand.

Yet to figure out the way into the sport of basketball.

Recently, Enes Kanter Freedom spoke to Let’s Hang Live during the SEC championship. He expressed his love for the sport of wrestling. The NBA star also revealed that he already owns an offer of wrestling in hand. Also added that he can make an entry in the rings whenever he wants to. But, the sportsman also said that he is only 29 years old and thus wants to focus on basketball for the next seven years.

Thanks to ⁦@EnesFreedom⁩ for HANGin’ during the SEC Championship 🥳 Here he is talking about a pro wrestling career 👀 pic.twitter.com/AAKDixVPCT

‘I already have an offer’