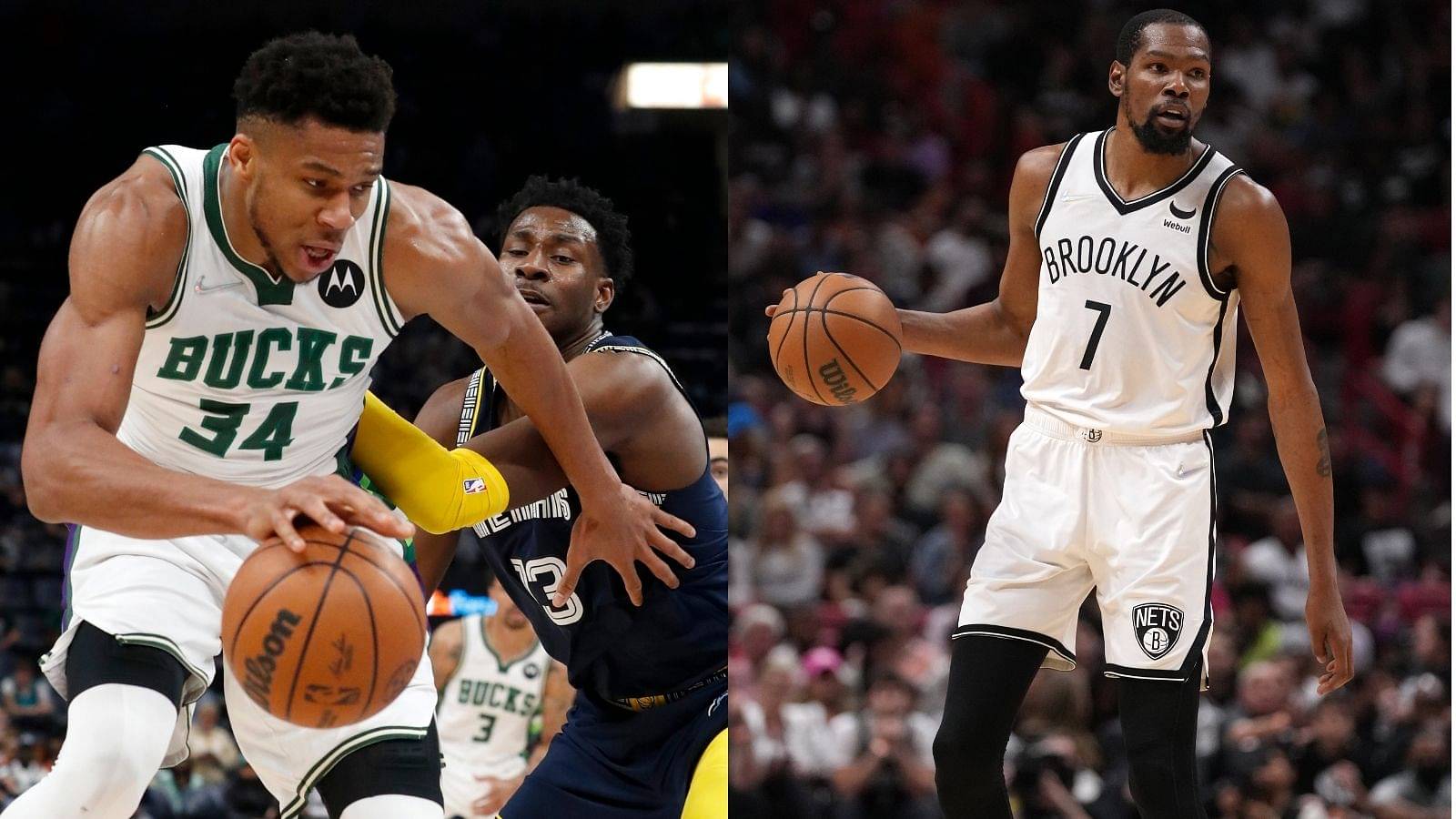 Kevin Durant and Giannis Antetokounmpo weigh the same according to Wikipedia and the insanity of it cannot be handled by fans.

The listed height and weight of the players according to the NBA are some of the most controversial stats one could ever come across. All the physical descriptions generally stay the same since they make their debut in the league.

When some players come into the league just after high school at 17-18 years of age, how is it fair to keep their height or weight at the time same as when they stay in the league for years to come?

Also read: “Hearing about Wilt Chamberlain and those guys is like hearing about Zeus”: Kevin Durant mythologizes the ‘Big Dipper’ and the 60s superstars

Players like Kevin Durant have been speculated to measure between 6’9 and 7’0, which is a wild gap for a superstar’s description. But at the start of the 2019 season, in an effort to emphasize “the integrity of information” the NBA is cracking down and requiring teams to submit official heights as well as correct ages for every player on the roster.

But it certainly missed one physical attribute that also is a big factor and appears on Wikipedia of any player in any sport.

How insane is it that the Greek Freak and the Slim Reaper almost have the same weights? Come on now! It’s right there in their names, one guy has “Freak” and the other has “Slim” in their nicknames due to their physical attributes.

How is this possible?? pic.twitter.com/AttAaPFFPb

Both men are of around the same height at 6’11 and with the clearly visible difference in their build, how is it possible for them to weigh the same? NBA Twitter went crazy on the absurdity of it.

KD’s weight is in his height.

Giannis ain’t that much shorter than he is so……I got nothing.

Some people have funny calculations.

Half that weight in his feet. They’re about 60lbs each pic.twitter.com/y0BubJmUaz

It’s because Kevin is packing a trouser trout down under

Also read: ‘Shaq wouldn’t be as dominant as he was back then’: Jason Williams has a controversial take on Lakers legend’s ability to feast in the modern-day NBA