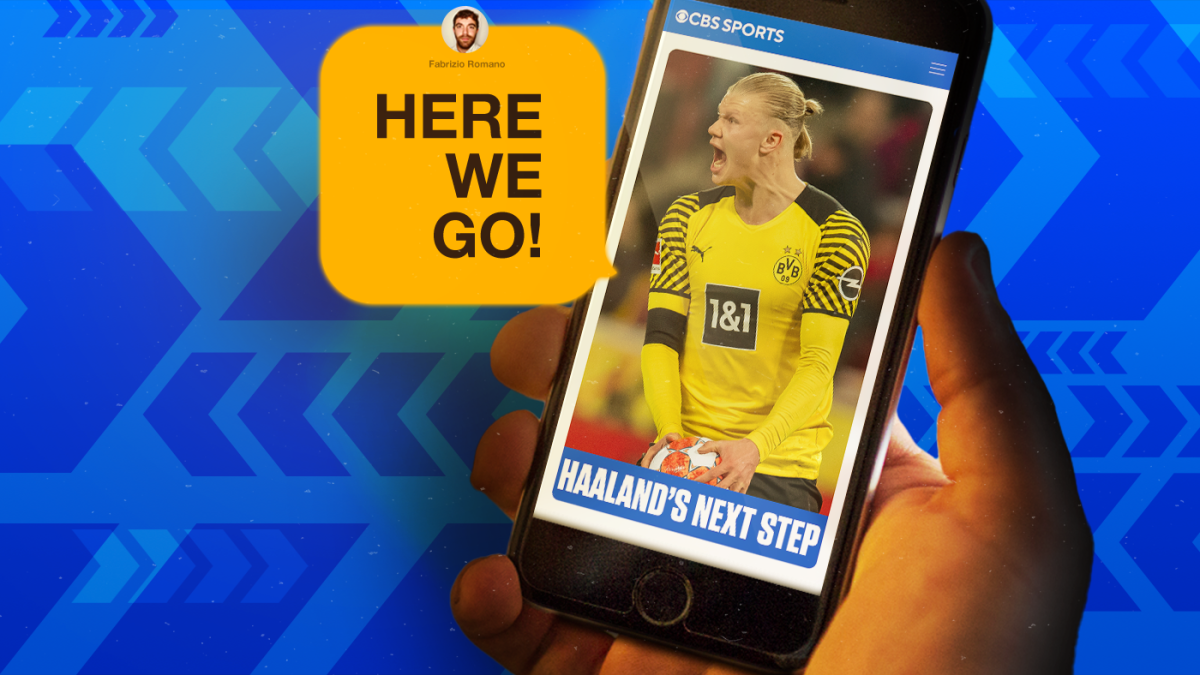 We’re steadily approaching the day when Borussia Dortmund star Erling Haaland will decide on his future club. We’re nearly there, as it’s just a matter of weeks, maybe even days. So, how will the Norwegian star choose his next club?

The process has been underway for several weeks, with several key figures involved. Haaland himself is obviously in the picture, but he’s joined by his agent Mino Raiola, his trusted lawyers and his father Alfie, a former football player with great experience and always extremely attentive to Erling’s decisions.

It’s important to understand how his decision will materialize in the coming days. Borussia Dortmund will not even be consulted by the clubs that want Haaland because there is a release clause of €80 million ($88.3 million), so no negotiations are needed on that front. Simply, whichever club lands Haaland will then communicate it to the German club out of fairness and good relations before getting into the contract-signing stage of things with Haaland and his representatives, who plan to maintain the same level of respect with Dortmund even if no negotiations are needed between the two sides for an exit.

As far as Haaland’s future club: The decision is completely in his hands but nothing has been decided yet. Of course, the race remains open and the temptations are different depending on each team’s point of view. If you look back at his track record, you’ll notice that Haaland has never chosen a club based on player salary or the weight or fame that comes with a club’s badge. Just take what happened in 2018 when he was approached by Juventus as an example. The Italian club wanted to sign him from Norwegian club Molde FK and then send him on loan to another Italian club. Most folks would have accepted Juve’s proposal, but not Haaland, who preferred a lower salary but the opportunity to be a regular starter (also in the Champions League) with RB Salzburg.

It was an unconventional decision, much like December of 2019 when he turned down Manchester United and Juventus yet again to sign with Borussia Dortmund in a deal that featured a lower salary and lower club prestige. It proved to be a picture-perfect fit as he would be able to grow his game, play as a protagonist in European competition and make an immediate impact. Two choices that few players in the world would have made, but two winning choices for the 21-year-old star.

That’s why player wages are certainly important but not a decisive aspect in Haaland’s decision. Other aspects that will play an important role in his choice: The sports project, the manager who will be tasked with growing his set of skills, the facilities, the continuity of management in the club, the city, the tactical idea for the next three-to-four seasons. These are the main variables for Haaland’s decision.

On the outside looking in

It is now clear that Borussia Dortmund have lost all hope of keeping him for another season, while behind the scenes FC Bayern have inquired about Haaland in recent months, with a noteworthy February meeting between Oliver Kahn and Mino Raiola in Munich. The thought behind Kahn’s meeting stems from the problems the club has had in contract negotiations with Robert Lewandowski. To date, Bayern Munich have not joined other front-runners in the Haaland sweepstakes. The denials of the German club are due to the difficulty of matching the offers made by other suitors and the desire to renew Lewandowski’s contract in the coming months.

The same goes for Barcelona, who recently announced a partnership with Spotify and just thrashed Spanish league leaders Real Madrid, 4-0, at the Bernabeu on Sunday. The club’s financial situation does not make it possible to raise the figures offered by other clubs. but make no mistake: The relationship between club president Joan Laporta and Raiola, combined with the work of Xavi Hernandez — as he tries to make a push for Haaland behind the scenes — are the main factors that have kept Barça at least in the conversation as a possible surprise candidate. Even the club is well aware that it’s going to be extremely complicated to come out winners of this sweepstakes.

To little-to-no surprise, the two leading contenders are Manchester City and Real Madrid. Both clubs seem to be in the best financial position to offer the best possible wages.

Man City have been searching everywhere for a top striker for over a year and have saved a big budget for it. Not to mention, Pep Guardiola is certainly an important factor in tempting Haaland, coupled with the charm of the Premier League and the club’s ambition to win every trophy imaginable in every single season.

Real Madrid’s ambitions are a little different. Florentino Perez’s dream is to pair Haaland with Paris Saint-Germain star Kylian Mbappé immediately next season; the economic offer would be for this summer and not for June 2023. The history and legacy of a club that has hoisted the Champions League trophy 13 times and produced some of the greatest players to ever play the sport — along with playing in one of the most popular cities in Europe — are all key factors that Real have counted on as part of their pitch.

Haaland will think long and hard again about the choice at hand, then decide between these top clubs, some of which have been public about their desire to have a special talent on their squad and some of which have been working behind the scenes. Between front-runners Real Madrid and Man City and those who act in secret, such as Bayern and Barça. It’s important to note: No club has asked for details surrounding his injury history. Not one club is particularly worried. Indeed, all these clubs are just waiting for him to choose his destiny. Haaland is healthy and ready to make history. His decision is a matter of a short time.