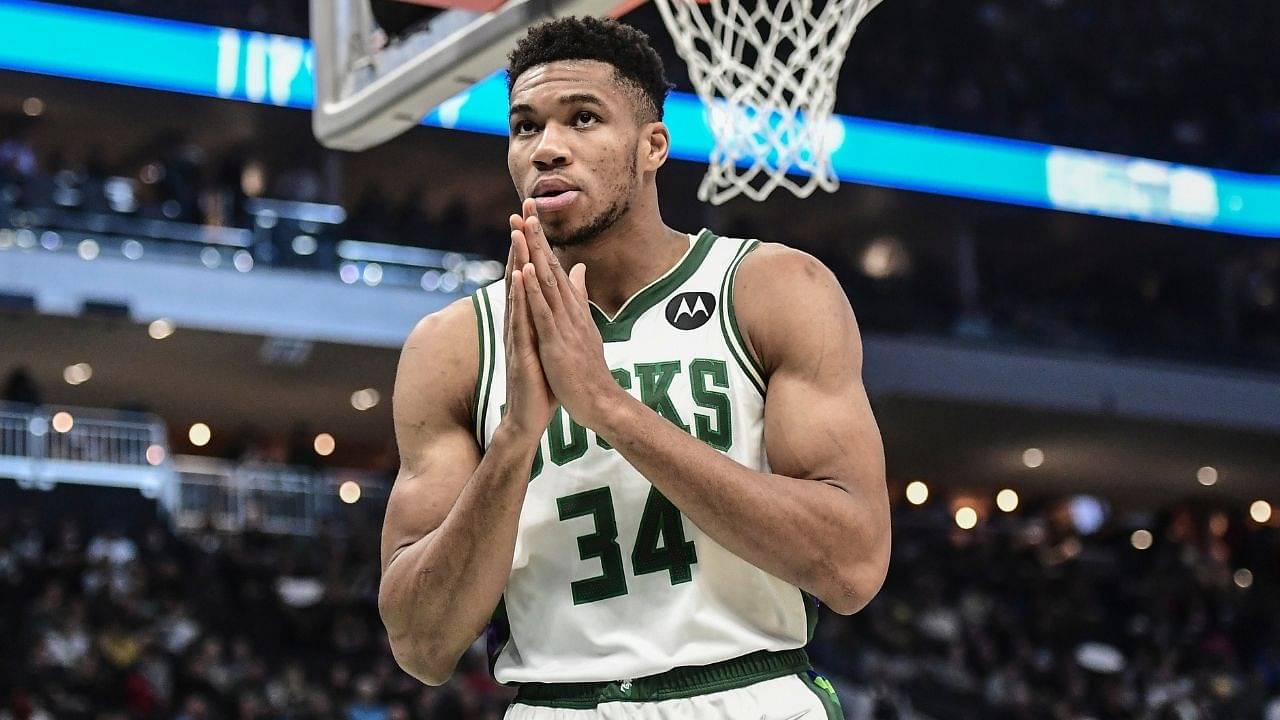 Giannis made it clear to the Bucks that he wasn’t going to wear any sort of knee brace for the NBA Finals after injuring his leg.

The city of Milwaukee gasped in unison when Giannis Antetokounmpo went down with an apparent leg injury in the 3rd quarter of Game 4 of the Eastern Conference Finals. While battling down-low with Atlanta Hawks center, Clint Capela, the 2x MVP hyperextended his left leg and went down for several minutes.

Giannis would be carried off the floor and would not return for the rest of the series. The Bucks did go on to win in 6 games with Khris Middleton and Jrue Holiday combining for 59 points in Game 6 on the road.

Also read: “Older Laker guys are yelling at us because it’s our fault”: Malik Monk and Austin Reaves admit to bonding over getting lectured by LeBron James and company for mishaps

He would eventually return for the NBA Finals against the Phoenix Suns and play every single game. After going down 0-2 against them, the Bucks rallied back to win 4 straight. Game 6 saw Giannis drop a 50-piece to seal the deal and the rest is history.

He’s spoken about his injury at great length before and has always said he was essentially raring to go and wouldn’t miss the Finals no matter the injury.

Giannis on getting a personalized knee brace from the Bucks.

Following the injury, all eyes were on whether or not Giannis would return. Zach Lowe reported at the time of the injury that there was no structural damage to his knee and so a return was on the precipice. Sam Amick reports that Antetokounmpo was offered a knee brace and as expected, he was defiant in wearing it.

Also read: “The best basketball player doesn’t have to be an American anymore”: Joel Embiid hints at foreign players taking over the league as top players

“I don’t know if you’ve seen where people wear a big brace on your knee, like Goran Dragic wears — a big brace. They told me, ‘Giannis, Tim Duncan wore this (so) wear this.’ I said, ‘Heeeell naw.’ They said, ‘Giannis, you need to wear this.’ And they had made one specifically for me. I said, “Hell. No. I’m not wearing that sh*t.”

Giannis would go on to explain what exactly had happened to his knee during that ECF:

“What basically happened is that, if my leg had hyperextended one more time, I was done. There’s nothing to cut that was in there. It was torn already. It was out. (The piece that) protected me from an MCL or ACL (tear).”

“There’s a thing that protects you when you hyperextend (your knee) that doesn’t let you go all the way back. So that thing was torn. So, if I had gone all the way back again, that’d be it for me.”