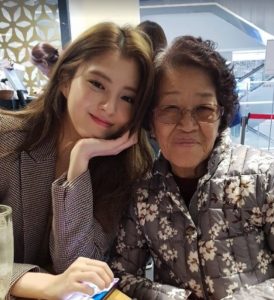 After breaking out through The World of the Married, Korean actress Han So Hee was offered a number of opportunities partnering with other popular stars in high-profile dramas. Finally earning her financial freedom, she was able to pay off all her mother’s debts while purchasing her own property in full cash.

When reports exposed her mother had scammed people and borrowed money in So Hee’s name in 2020, the actress apologized to the victims on her mother’s behalf. She had known of her mother’s debts when she was 20 years old, but did not think it was of such great extent as they have not been in contact for years. Her parents had divorced when she was 5 years old, and So Hee had been living with her grandmother ever since.

Nevertheless, So Hee still took responsibility for her mother as it was only a moral duty to do so, and worked hard to pay all the debts off. Fortunately, it did not take too long for So Hee’s career to take off  and she was finally debt-free.

Buying Her Home in Cash

According to Skye Daily, So Hee had purchased a luxurious villa at Villadegreeum Acheon-dong, Guri City, Gyeonggi-do worth 1.95 billion Korean Won without a mortgage. She paid for the property in full cash.

Her new neighborhood is known to house many top-notch writers and celebrities, and So Hee is apparently neighbors with Hyun Bin and Son Ye Jin, Oh Yeon Seo, and JYP founder Park Jin Young.

Following the news of her purchase, netizens rushed to congratulate So Hee as they knew how hard she had worked to pay off her mother’s debts while making a name for herself. They commented, “Wow, paying in full cash is such a flex move,” “she works hard like an ox–I can’t wait to see more of her projects,” and “you worked hard, hope you and your grandma will live together happily.”