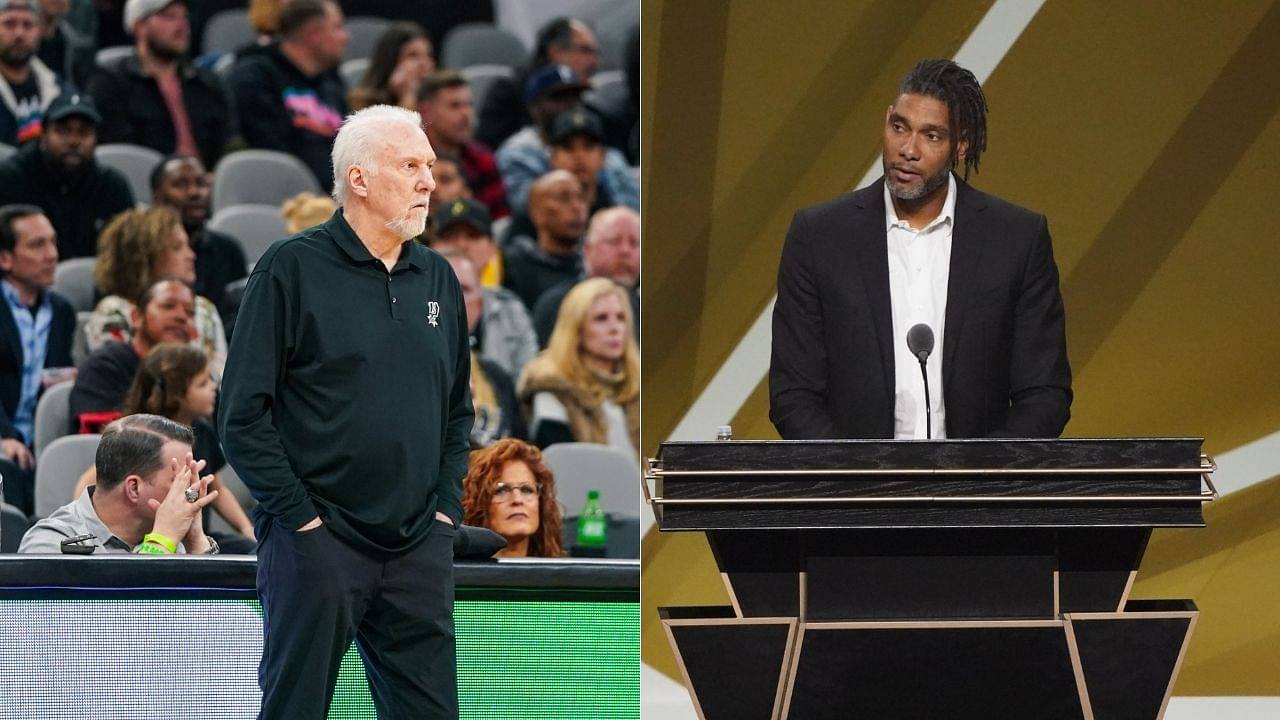 Gregg Popovich is a fun guy – his testimony for Tim Duncan’s retirement is a testament to that.

The year was 2016 – It was everybody’s favorite year and Tim Duncan had just retired. Like every great who’s retired and had his jersey retired, the Spurs held a ceremony for him too. Everybody gathered was speaking about how Timmy was a humble guy and whatnot. In comes Gregg “Pop” Popovich with a naughty grin plastered across his face.

He nonchalantly threw in a byte about how he would miss bringing carrot cake to Duncan from now on, offering no other explanation. Those who knew were in splits – the others and the fans were left scratching their heads. “Tim Duncan liked carrot cake?” was the question that lit up the Twittersphere, and hilarity ensued. The story got out that Pop used to hand-deliver a piece of carrot cake to Tim’s room every night when they were on the road.

The public got to know something new about the original Kawhi Leonard that day. People were jokingly calling for the unretirement of his jersey – because carrot cake is terrible, and an insult to the word cake. While it seemed funny, for Pop, it was a bonding moment with his player – and it stuck with him as a wholesome interaction each away game.

Also Read: “Stephen Curry becomes the 7th player to dish out 1000+ assists, with Klay Thompson being the recipient”: The Splash Brothers join the ranks of iconic pairs like John Stockton and Karl Malone, Tony Parker, and Tim Duncan

Tim: “You still gotta get me my carrot cake today.”
Pop: “Done.” pic.twitter.com/qAfnef6nV9

Great coaches may come and go, but great man managers always stay. Popovich is exactly that. He demands the best out of everybody while on the court, but off it, he has a different outlook on life. He believes there is more to life than basketball. Manu Ginobili was one player who was the recipient of some Pop wisdom.

In the heartbreaking Game 6 loss to the Miami Heat, Ginobili was in the center of the action. Everybody remembers the rebound by Chris bosh and the kick-out to Ray Allen. But what people do not remember is that Bosh took the rebound away from Manu. He took it to heart, but Pop took him out to dinner, as their usual ritual. He got to experience a different side of his coach, one that was the inspiration for a “venganza” (revenge) in the 2015 finals.

Gregg Popovich is now 1 win away from becoming the coach with the most wins – and it should happen any game this season now.