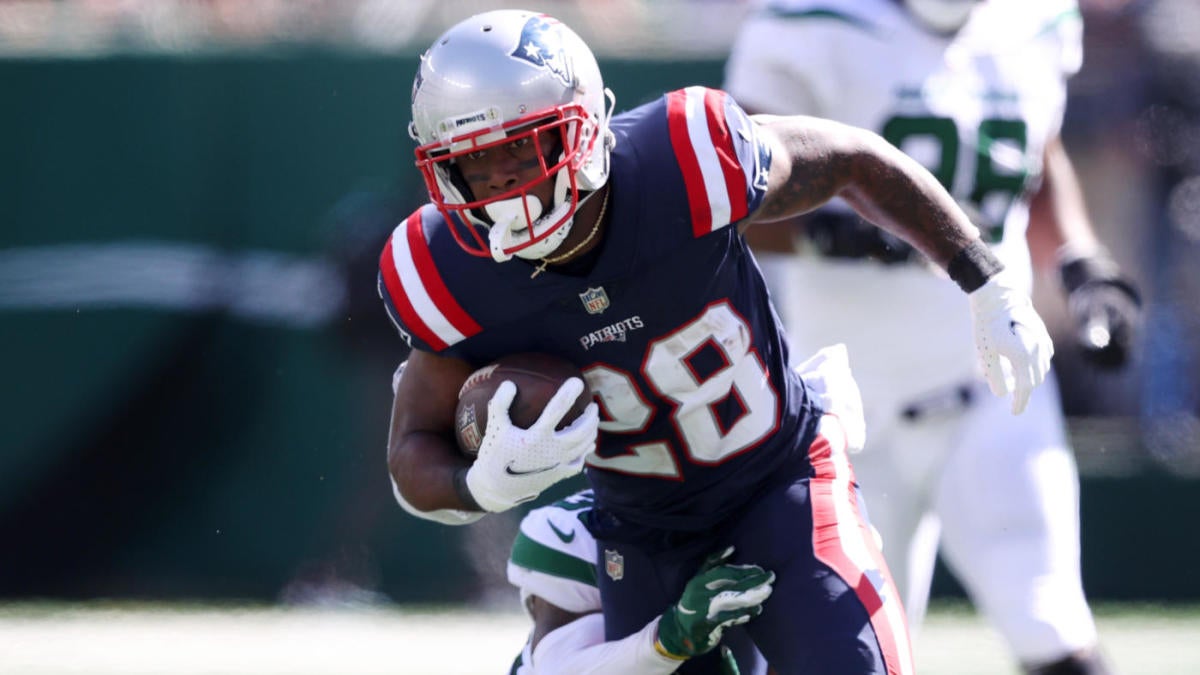 The New England Patriots went bonkers in free agency last year, spending more money than they had in any offseason prior. Those moves — along with taking Mac Jones in the first round of the draft — contributed to the club getting back into the playoffs after a one-year absence, albeit with that run being a short one-game exit courtesy of the Buffalo Bills.

Given that the team has a quarterback on his rookie contract and a recent history of diving headfirst into the market, it was going to be interesting to see how the team operated in 2022. But just when you think that Bill Belichick is going to zig, he zags. So far, New England has taken a familiar offseason approach by laying in the weeds, retaining a couple of key role players, but not making the splashy moves we saw a year ago, rather hunting for value as we move past the initial wave of free agency.

Because of that largely quiet offseason approach, I gave the overall team grade for the Patriots a C in our latest offseason breakdown of the entire AFC East. Below, you’ll find my grades for every move New England has made this offseason to this point.

The low-money, short-year contract has been a theme of the Patriots offseason and includes newbie Terrance Mitchell. With the Patriots losing No. 1 corner J.C. Jackson to the Chargers in free agency, they’ll need all the bodies they can get to try and cushion the blow of his loss. Mitchell will be 30-years-old by the start of next season and spent last year with the Houston Texans. According to Pro Football Focus, he was able to break up seven passes in 2021, but did allow opposing receivers to catch 62.9% of their targets against him and quarterbacks totaled a combined 104.7 passer rating. He also received the worst tackling grade of his career. This should be looked at as a low-risk lotto ticket type of signing to help boost the secondary.

People will recognize the name from his days with the Green Bay Packers and some have likened this signing to when the Patriots brought Cordarrelle Patterson aboard thanks to Montgomery’s ability to work out of the backfield and as a receiver. However, I see this addition as more of a Brandon Bolden — signed with the Raiders — replacement more than anything else. Over the last three seasons, Montgomery has been more of a special teams player than a fixture in the offense, totaling 40%, 53%, and 48% of the special teams snaps for the Jets and Saints, respectively. Similar to Bolden, Montgomery — if he makes the team — will likely work on special teams and slot in as the fourth or fifth running back on the roster behind Damien Harris, James White, and Rhamondre Stevenson while competing with J.J. Taylor.

It’s admittedly hard to grade the Butler signing because we don’t exactly know that role he’ll have in New England’s secondary. If they are bringing the 32-year-old in to be the starting No. 1 corner to replace Jackson, then the move should be graded as a D. After all, Butler didn’t play in the NFL last year after he decided to retire due to personal reasons and hasn’t played a meaningful snap since Tennessee’s Wild Card loss to the Ravens in the 2020 season. However, if he’s here as a complementary piece to help deepen the corner position, then I’d give this move a B, so we’re splitting the actual grade down the middle with a C.

When Butler last played in 2020, his numbers we solid. According to PFF, he held quarterbacks to a 78.6 passer rating when targeting him and had five interceptions with 11 pass breakups. Those numbers were good enough to have Butler be the 23rd highest-graded corner in the league that year. If he can hover around that same spot, this is a good value signing, but it’s a scary proposition if the Patriots are expecting him to be the player we saw during his first stint with the organization.

Bringing back Devin McCourty is a good move on several fronts. He’s arguably the leader in the locker room, which is highly important to have with a young team, particularly at quarterback. Not only will he be able to keep the room together, but the 34-year-old is still playing at a high level. Of safeties that played at least 50% of the defensive snaps in 2021, McCourty was the 12th highest-graded player at the position. The stability that he’ll bring in the back end of the secondary could prove to be instrumental, especially after losing J.C. Jackson.

Another solid re-signing by New England here. While the team will look to get faster at linebacker and search for more players that can more easily move sideline-to-sideline, you still need a thumper that can stop the run like Bentley can. He was tied for the 14th highest grade in the NFL among linebackers at defending the run (min 50% of snaps). Getting him in the fold for an AAV of $4.5 million is good value, especially when the Patriots are slated to face running backs like Jonathan Taylor, Joe Mixon, Nick Chubb, Aaron Jones, Dalvin Cook, Najee Harris, and Josh Jacobs in 2022.

Arguably the most important re-signing the Patriots made this offseason was retaining Trent Brown. They would have been faced with the tough challenge of trying to replace him at right tackle, which is never a good position to be in with a second-year quarterback still developing. The contract itself is reasonable for both sides, but the biggest thing for Brown and the Patriots is that the soon-to-be 29-year-old stays on the field. He played just nine regular-season games in his return to the Patriots last year, which came off a 2020 campaign with the Raiders where he was limited to five games.

Matthew Slater is one of the most recognizable faces on the Patriots, a top leader in the locker room, and a fan favorite, so it makes sense to bring him back in that regard. While he is arguably the greatest gunner in NFL history, paying roughly $2.6 million for someone who strictly plays on special teams — an area of the game that is diminishing by the year — feels a little steep.

James White missed the bulk of the 2021 season due to a hip injury he suffered in Week 3 against the Saints. It’ll be interesting to see how the 30-year-old will be able to bounce back from that injury, but this re-signing should be looked at positively for Mac Jones. The White and Jones connection got off to a strong start last season as they connected on 12 of their 13 targets for 94 yards in the two full games they played together. If New England is going to run more of a spread offense in 2022 as some expect, White will be a valuable asset in the passing game if he’s fully healthy.

Yes, the lone A on the list for the Patriots goes to the re-signing of Brian Hoyer. This all revolves around the development of Mac Jones. With Josh McDaniels now gone coaching the Las Vegas Raiders and no clear offensive coordinator in place for the Patriots at the moment, having Hoyer in the quarterback room should help keep things stable for Jones. Outside of Tom Brady, there is no player currently in the NFL with as much experience and knowledge of the Patriots passing game that Hoyer, who has spent a total of seven years in New England. Even if Bill Belichick decides to change a few things to the offense with McDaniels gone, Hoyer could prove to be a de facto quarterback coach as Jones prepares for his second season in the NFL.

The Patriots have truly been spoiled at kicker over the last two-plus decades and Nick Folk is the latest gem putting the ball through the uprights. Since arriving to the Patriots in 2019, Folk has connected on 90.5% of his field-goal attempts, which includes a 92.3 conversion rate in 2021. Folk was also good on five of eight attempts from 50+ yards last season and hit everything else under that. Having a sturdy kicker like Folk on the sideline is a big help for this still-developing offense.

Ferentz is a depth piece to the Patriots offensive line that has bounced around the league and spent time on the practice squad. He’s suited up in 48 games throughout his career and has six starts under his belt, but these moves should largely be looked at as roster filler rather than the 32-year-old playing significant snaps along the Patriots offensive line. If he does, something went wrong.