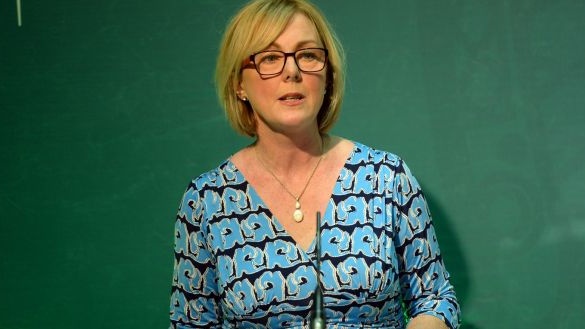 Speaking during an appearance by the ambassadors of Moldova and Romania at the Oireachtas EU affairs committee, Ms Doherty condemned the Government’s support for Moldova, which has, relative to its population, taken in more Ukrainian refugees than any other country.

The Government has pledged €1 million and offered to take in 500 elderly and vulnerable Ukrainian refugees, currently in Moldova, one of the poorest countries in Europe.

“We are clapping ourselves on the back for giving the Moldovan government €1 million – it is buttons and it is an embarrassment and we should absolutely be doing much more,” she said.

Moldova’s ambassador Larisa Miculet told the committee that she was not aware if any of the 500 Ukrainian refugees that the Government offered to accept had arrived in the State yet.

Ms Doherty urged the committee to call the ministers for justice, housing and foreign affairs, along with the European Commission, to appear to “find out exactly what the hell is going on.”

She was one of four members of the Oireachtas committee to travel to Moldova and Romania earlier this month to see how the countries were coping with the humanitarian crisis that has led to more than 435,000 people crossing from Ukraine into Moldova, a country of 2.6 million people.

More than 95,000 refugees have remained in Moldova with the remainder traveling on to other countries.

Ms Doherty said the generosity shown by the Moldovan people to Ukrainians “puts me to shame and embarrassment.” She spoke of the “nonsense that we go now with in this country” trying to find accommodation for the 25,000 Ukrainians who have arrived in Ireland.

“We are still tinkering around the edges of trying to find somewhere to put them and you and your people and your citizens have them staying in your sheds and have made no grumble about the fact that you will look after them,” she said.

Ms Miculet said Russia’s missile attack on a bridge over the Dniester Estuary near Odesa on Tuesday left Palanca as the only crossing into Moldova and that it was “not adjusted” to cope with a surge of refugees should Russia escalate attacks on Odesa, Ukraine’s third largest city Moldova.

She said the explosions at two communications antennas in Transnistria, the breakaway region in eastern Moldova controlled by Russian separatists, in recent days posed “huge security risks” to Moldova and that the country’s president had called for calm in response to the blasts.

Mr Brady expressed fears that these were potential “false flag” operations by Russia and together with the Kremlin’s stated intention to create a land corridor through southern Ukraine to Transnistria were attempts to destabilise Moldova. This was generating “huge” concerns, he said.

Labour TD Brendan Howlin said the Russian invasion moving west to Odesa would “overwhelm Moldova” with an estimated 100,000 refugees crossing into the country a day.

On the need to help Moldova, he said: “We all need to be part of easing that pressure.”

Russia’s stated ambition of creating a Russian corridor through southern Ukraine to Transnistria in eastern Moldova was previously “at the edges of our fears but now are potential realities that we need to be alert to,” he said.

Romania’s ambassador Laurentiu-Mihai Stefan told the committee that his country was concerned that events in Transnistria “may enflame the situation” and that it was “very difficult to think” that Russia would stop at Mariupol and not advance westwards towards Odesa.

Romania, which neighbours Moldova to the west of the country, was “seriously concerned” about the increase in refugees if this happened.

“Moldova will be the first affected so we have to be prepared for that,” he said.