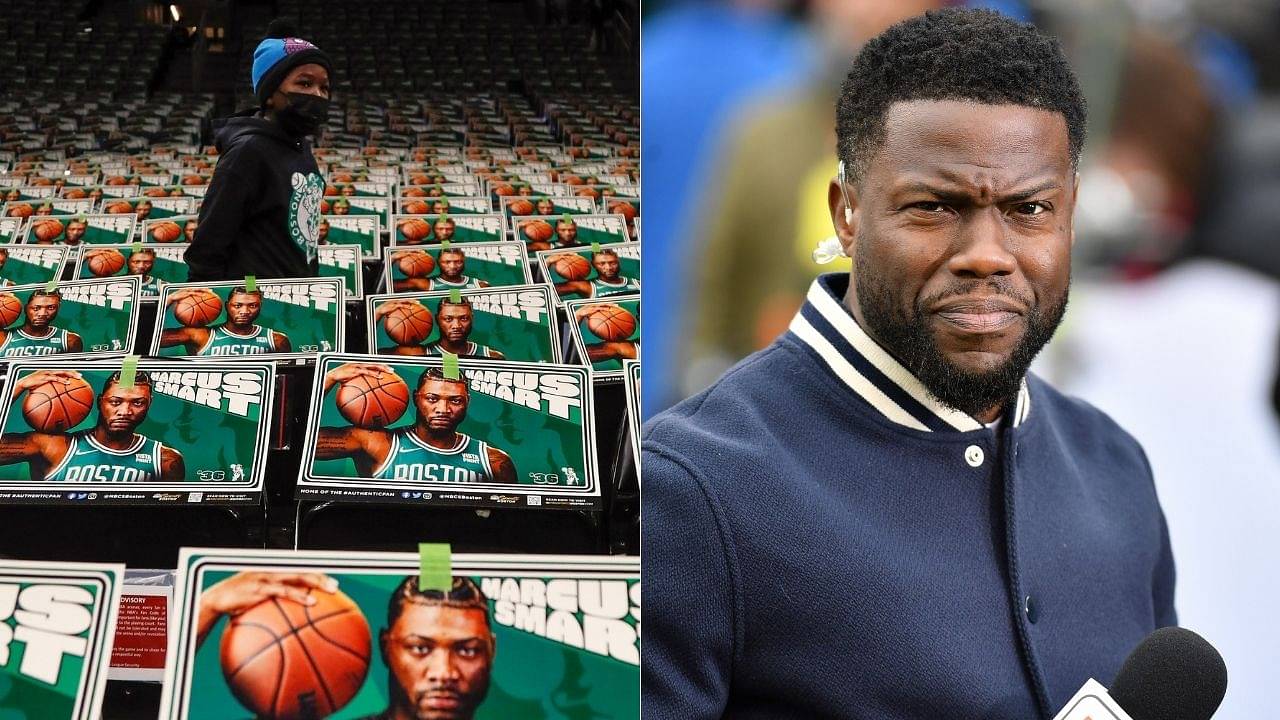 Kevin Hart seemed to have bitten off more than he can chew after Celtics fans started a ‘F**k Kevin Hart’ chant when he trash-talked them.

There’s no doubt that Hart is perhaps one of the funniest people ever to walk this planet. This 5’3″ man is able to turn every topic of conversation into something funny at the drop of a hat.

Kevin Hart also loves being present at live sports events, making friends with the players whenever he can. Hart can count the likes of Neymar Jr, Jimmy Butler and Draymond Green, among others, as his pals.

Neymar meets up with comedian Kevin Hart and NBA star Jimmy Butler during night out in Paris https://t.co/9L7OBVkJkW pic.twitter.com/XrQ2V2ENST

Also Read – Did Peyton Manning think you were his 10 year old’s friend? Eli Manning roasts Kevin Hart about the time he played football in Mexico with HOF QB.

Hart is also famous for talking trash with every single person he comes across in the world. His player introductions at the 2018 NBA All-Star Game will make for wonderful viewing in years to pass.

Kevin Hart appeared in an interview with Showtime Basketball alongside Stephen Jackson and Matt Barnes recently. One of the topics they discussed was about how he talks trash whenever he appears at an NBA event.

Hart described one of his faceoffs with Boston Celtics fans during the 2018-19 season. Philly went 3-1 in their season series with Boston that year, and one of their wins came at the TD Garden.

Kevin was present at the game, and understandably on the high of a very good, contending Sixers team. The comedian was talking mad trash with fans around him at the time when Celtics fans decided enough was enough.

Also Read – I see through this fake brotherhood that you and Peyton Manning have! Kevin Hart has the perfect comeback for Eli Manning who roasts his height.

Hart describes how the TD Garden crowd – nearly 20,000 people strong on that day – began targeting the most successful comedian in recent times.