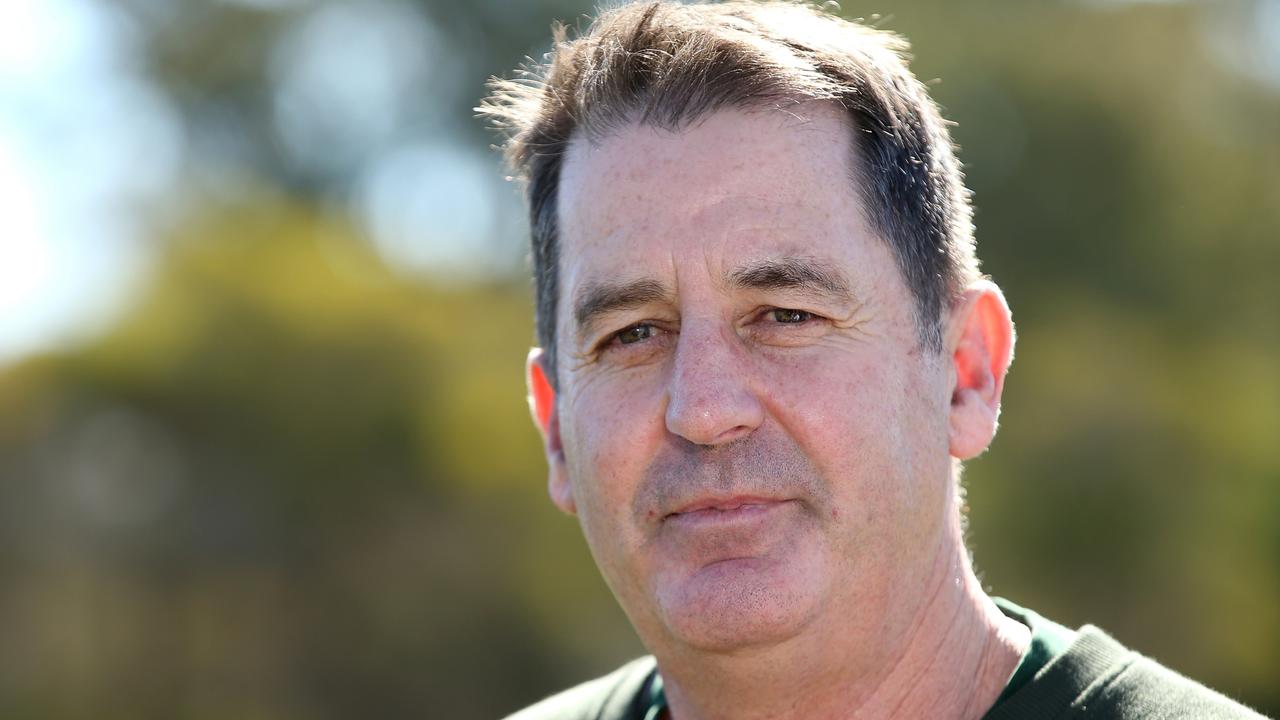 Ross Lyon shouldn’t expect to be head hunted like Alastair Clarkson was at North Melbourne, say the AFL 360 team, after he knocked back applying for Essendon’s vacant coaching job.

On Wednesday, Lyon said he was “a million per cent out” of contention for Ben Rutten’s former job for 2023 and beyond.

He said he spent 90 minutes considering if he would go through the hiring process, after speaking with Essendon footy boss Josh Mahoney, before telling the club he had “no desire”.

AFL 360 co-host Mark Robinson said Lyon would not be hand-picked like Clarkson was at North Melbourne.

“Twelve months ago Ross Lyon was on Footy Classified and talking like every bit he was going to be coaching Carlton,” Robinson said.

“It was done … and the next day he pulled out.

“It looks like he doesn’t want to go through the process of sitting down in front of people asking him questions.

“I don’t know if I’m right in saying this but if I was on that (new Essendon coaching) panel, I would say to Ross – ‘We want you to coach. Two questions – are you going to change the way you coach, does your philosophy still gonna be the one you keep hold of because the game seems to have changed a little bit – the stand rule, the 6-6-6, it’s more open, are you going to be more open, more offensive? And two, the harder question – what happened at Fremantle?’

“He might not be in a position to tell them that with the privacy issues. He just wants to be given the job.

“(But) he’s not in Alastair Clarkson’s league of: ‘Here you go, we want you to coach’. Sonya Hood (saying) ‘we’re going after you, giving you the keys to the door’. I don’t think he’s at that level and Essendon can’t afford to do that – they need to have a process.”

At Fremantle, Lyon was involved in a confidential settlement with a female staffer while his sacking as coach came amid claims of a toxic culture at the club back in 2019.

Co-host Gerard Whateley said if Lyon was not “absolutely deadset” on returning to coaching, then he shouldn’t do it.

And he said he wasn’t a fan of the coaching panel the Bombers had created if they were to target someone like Lyon.

“You can’t land the exact right coach I don’t think, if you’ve got your eye on somebody by running it through this sort of set up,” Whateley said.

“Sam McClure says Brad Scott knocked back an invitation to enter the process. The idea of Ken Hinkley – Ken Hinkley can’t be part of the process. If you want him, you have to target him and woo him and rip him out of Port Adelaide. That’s not done through a process.

“Leon Cameron may or may not put himself through that process.

“(Essendon’s interview process) is a beauty audition – come in, show us what you’ve got, wow us, let us ask you questions. But if you really want to pick your guy, just pick your guy – you can’t do it though this sort of process.”

One of the six members of the Essendon coaching panel, Jordan Lewis, confirmed the hunt for Rutten’s replacement was progressing.

“I think anytime you have the opportunity to elect a new coach, you want every possible candidate to put their hand up and be a part of it,” he said on AFL360.

“(Lyon’s) clearly been a good coach for a long time, one that’s sitting out there.

“Little bit disappointed. but it’s also: ‘Alright, you’re out, it’s not the end of the world’.

“Next week, we get rolling (with the interviews).”