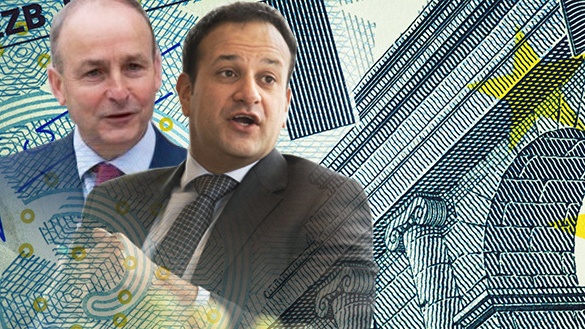 The Government will today unveil a package worth up to €450 million aimed at tackling the soaring cost of living for households countrywide.

Officials were last night finalising details of the plan aimed at offsetting rising inflation with relief expected for electricity bills, low-income families and those struggling with fuel costs.

Tánaiste Leo Varadkar told his party last night that the measures would be “substantial”, helping those on low and middle incomes.

Under final proposals being discussed last night, the household energy credit could rise from the planned amount of €100 to either €150 or €200. A doubling of the energy credit would push the overall cost to the State up to an estimated €400 million.

Officials were also weighing up a longer fuel allowance season, but no decision has been made. And several sources cautioned that it is already due to run until April and may be left that way.

The Cabinet committee on economic recovery will meet on Thursday afternoon to discuss the measures and sources said a detailed announcement is expected afterwards.

There is a strong view in Fine Gael that middle-income households should be included in the package. Mr Varadkar said that new measures to be introduced this week to tackle the rising cost of living would not be reserved for the unemployed and those on low incomes.

“It is important to acknowledge that middle-income people – those who on paper may have average salaries of €40-50,000 – are also struggling to pay the bills, because often they have to pay mortgages, childcare, all those things,” said Mr Varadkar.

Minister for Public Expenditure Michael McGrath briefed the Fianna Fáil parliamentary party on inflationary pressures last night. He told TDs and Senators that there should be a focus on measures already taken – such as childcare fees being frozen, free GP care for six- and seven-year-olds, alongside discounted travel for younger people and changes to welfare payments.

Taoiseach Micheál Martin told the meeting that inflation is driven largely by international factors, however, he said the Coalition is “acutely aware” of its impact on households.