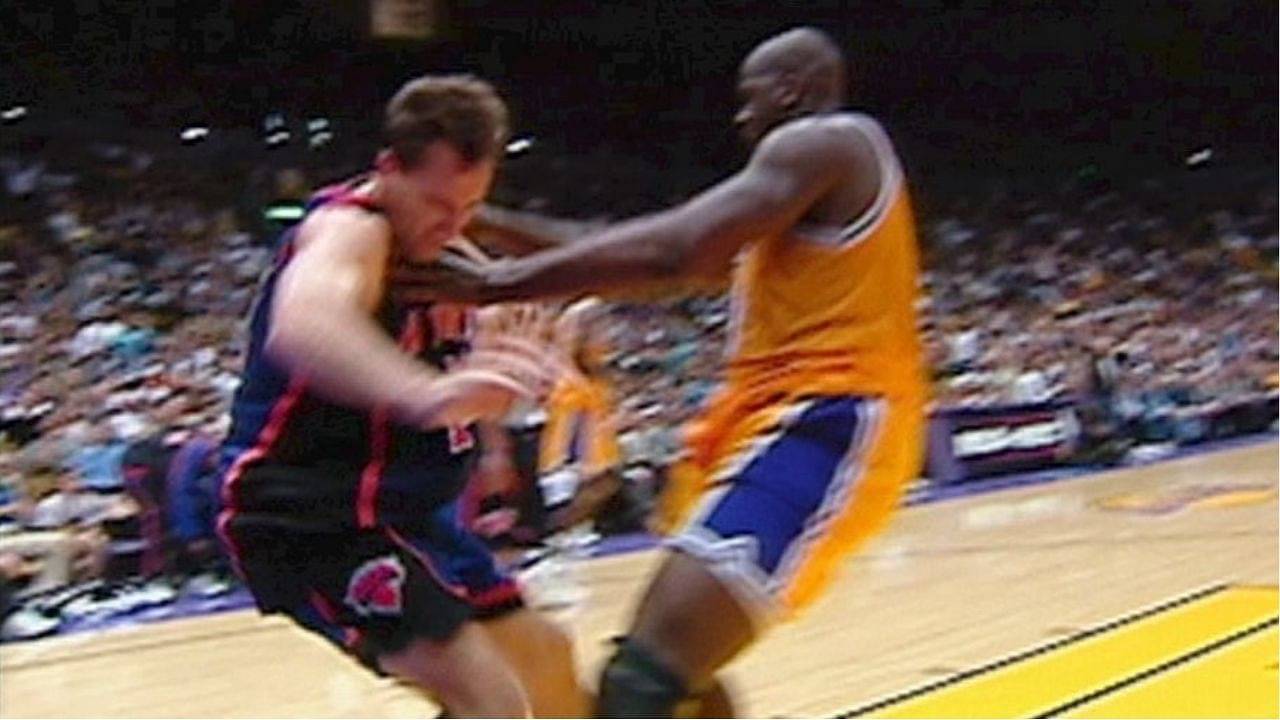 23 years ago, Knicks’ big Chris Dudley got completely owned by Big Shaq, got himself down in the NBA History books

As the great Shaquille O’Neal himself said, he is the most dominant player the NBA has ever seen(barring Wilt Chamberlain). Shaq was drafted into the league in 1992, and ever since day 1, he was out to prove himself. In his very first few seasons itself, Shaq came after the legends of the game like Michael Jordan, Hakeem Olajuwon, and more, with a plan to assert his dominance by dunking on them.

Also Read: “Pat Riley is the Godfather, and you don’t mess with a guy like him!”: What led to Shaquille O’Neal opening 24-hour fitness club all across Miami

His dominance in the league continued till the mid-2000s when he won his 4th ring as a member of the Miami Heat. Shaq gave us some of the most iconic moments in NBA history. He’s broken many a backboard in his illustrious NBA career. His ability to absolutely annihilate any opposition in the paint was unparalleled. Shaq often had to be triple and quadruple teamed to slow him down.

In 1999, when the Los Angeles Lakers hosted the New York Knicks for a regular-season matchup, no one knew what they were in for. Shaquille O’Neal chose this game to take on the Knicks’ big Chris Dudley. In the 4th quarter, Kobe Bryant passed the ball to Shaq in the paint, where the Big Diesel took on the 6’11 Chris Dudley and put him on a poster.

23 years ago today, SHAQ did this to Chris Dudley!

Is this the most disrespectful play in NBA history?pic.twitter.com/yErQiN3sxu

This play led to Shaq getting fined $3,500 for his push on Dudley.

Also Read: “He must have eaten 10 meals, the waitresses went and kept bringing food”: Arnold Swarzenegger on his first meeting with a rookie Shaquille O’Neal in 1993

However, this dunk wasn’t completely out of the blue. Shaq and Dudley had faced off in the 1997 playoffs, when Lakers met the Trailblazers. During game 3 of that series, Dudley committed a flagrant foul on O’Neal. Many people claimed the same to be a dirty play. Shaq didn’t forget the same, and 2 years later, put Dudley on one of the nastiest posters in NBA History.