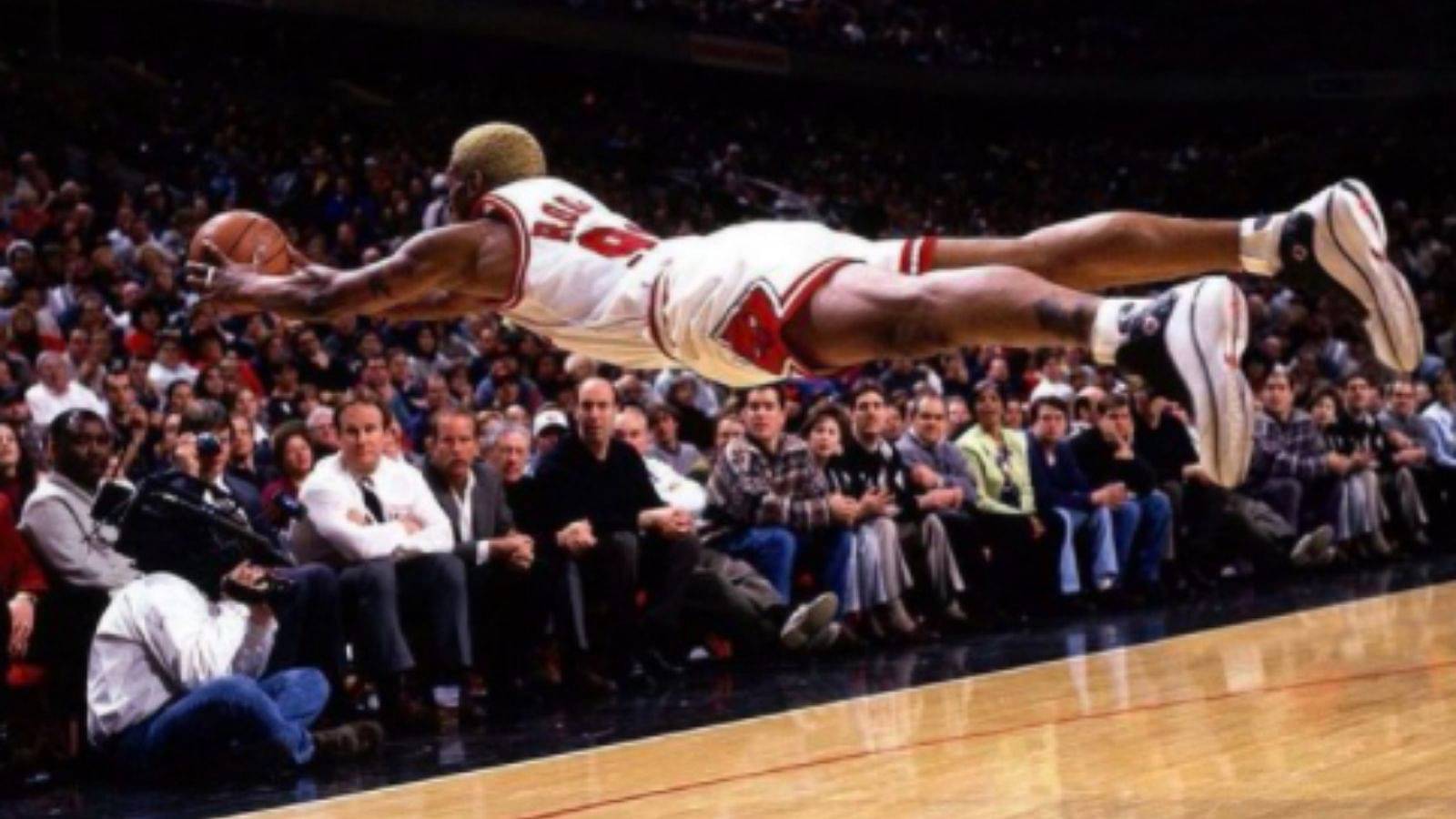 Dennis Rodman might not be the best all-around player in the NBA, but there is one skill that ‘the Worm’ excelled in, rebounding.

With a 6’7″ frame, many NBA players do not dominate the rebounding charts, but Dennis Rodman was certainly different. With his hustle plays and his willingness to defend, the 5-time NBA champion won a whooping 7 rebounding title.

While his numbers were not impressive as he averaged 7.3 points and 1.3 assists per game, his outlier statistic was his incredible 13.2 rebounds per game. This certainly helped Rodman create a name for himself.

Locking down top players of the opposing team and grabbing a number of rebounds, the 2-time DPOY was certainly one of the most pivotal players for the iconic Bad Boy Pistons and the 90s Chicago Bulls as well.

Also read- “I’m too stupid to rebound like Dennis Rodman”: Steven Adams compares his rebounding tactic of ‘just standing there’ to the Bulls legend’s ‘science’

Dennis Rodman might have been the last of his kind, The Last Rebounder

After losing to the Orlando Magic in the 1995 playoffs, the Bulls certainly knew that they needed a solid power forward. Making the move for a player like Rodman certainly was a massive risk.

Given the 2-time DPOY was known for his off-the-court antics, the Bulls were basically taking a massive gamble. But that gamble certainly paid off as they got a forward who certainly knew his role, defense, and rebounding.

This certainly was pretty evident in the three-game streak that Rodman had during his time with the Bulls. While he did not contribute offensively, Rodman once had a three-game streak of grabbing at least 24 rebounds, a stat-line that epitomizes ‘Dennis the Menace’.

Not only that, but the 2-time All-Star was also the go-to man for the Bulls to lock down the best players. Be it keeping a dominant force in Shaquille O’Neal in check or locking down Karl Malone, ‘the Worm’ did it all.