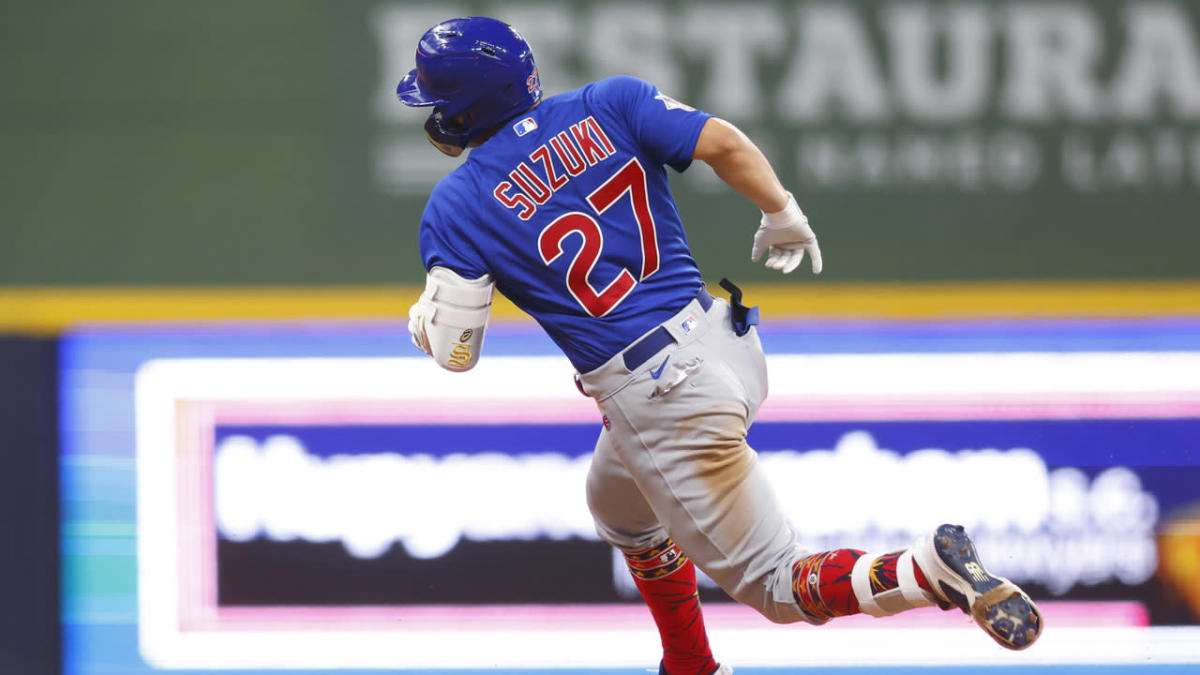 It was nearly a Hollywood ending for the Cubs in Seiya Suzuki’s return from the injured list.

But after Suzuki hit a go-ahead, ninth-inning inside-the-park home run, the Brewers came back to win Monday’s series opener 5-2 in extra innings.

After missing over a month with a sprained left ring finger, Suzuki came off the IL Monday and wasted no time boosting the Cubs lineup.

With the Cubs and Brewers locked in a 1-1 tie in the ninth, Suzuki hit an inside-the-park solo home run off Brewers All-Star closer Josh Hader.

Suzuki nearly cleared the fence with the 399-foot drive, crushing it to the tune of a 109.9 mph exit velocity. It deflected high off the wall in left-center field and had a fortuitous carrom away from Milwaukee center fielder Jonathan Davis.

The race was then on, and after a dash around the bases, Suzuki slid into home safely, just under catcher Pedro Severino’s tag.

It temporarily gave the Cubs the lead, but Milwaukee rallied against closer David Robertson, who walked in the tying run with two outs in the bottom of the ninth.

Robertson kept things tied to send the game to extras, but the Cubs left the go-ahead free runner, Andrelton Simmons, on base in the top of the 10th.

Simmons moved to third on a Rafael Ortega base hit, and Willson Contreras and Ian Happ struck out with the bases loaded.

Ex-Cub Victor Caratini hit a walk-off three-run homer off Scott Effross in the bottom of the 10th.

Suzuki, who was playing his first game since injuring his finger May 26 in Cincinnati, finished 2-for-4. He started in right field and batted cleanup.

He became the Cubs to hit an inside-the-park homer since Javy Báez pulled off the feat Aug. 7, 2017 against the Giants in San Francisco.

Justin Steele had another strong start, allowing one run, two hits and four walks in 6 2/3 innings with nine strikeouts. Nelson Velázquez hit his first career homer earlier in the game.

The Cubs and Brewers continue their series Tuesday at 7:10 p.m. Kyle Hendricks and Jason Alexander are the probable starters.