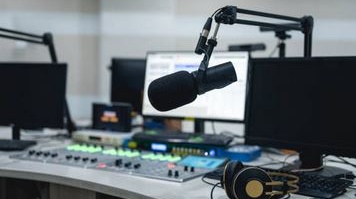 The cathaoirleach of Wexford County Council, Barbara-Anne Murphy, is considering a disciplinary investigation into the council secretary, David Minogue, arising from his contacts with South East Radio.

However, the station’s managing director, Eamonn Buttle, has said an independent investigation into the council’s attempts at editorial interference over the past three years is required to uphold public trust in the local authority.

He has called on Mr Minogue to correct the record in relation to statements he made earlier this month to the press, the Broadcasting Authority of Ireland (BAI), Ms Murphy, the council’s elected members, and its chief executive Tom Enright.

Mr Buttle has accused the county secretary of defaming him by saying that he, Mr Buttle, leaked email correspondence between the two men to the press, and said he is reserving his position.

Earlier this month The Irish Times disclosed the content of email correspondence between the two men in which Mr Minogue sought to lay down three “criteria” for the station’s coverage of the council in the context of the council taking out advertising with the station.

The Taoiseach, Micheál Martin, subsequently commented on the dispute, saying a council should not use its advertising budget to try to influence the editorial content of a local radio station.

Mr Minogue attached the words “legally privileged” to a recent email to the station executive, but Mr Buttle said in response he could not see how any legal privilege could attach to the correspondence.

Mr Minogue has said he now accepts that Mr Buttle did not leak the email correspondence between them to the media. Mr Buttle, in response, said; “I await your apology in this regard.”

The call for an apology is contained in new emails between the two men, and between Ms Murphy and Mr Buttle, that have been seen by The Irish Times.

In January the Standards in Public Office Commission (Sipo) criticised Mr Enright in a report for raising the issue of advertising spend during a dispute over coverage of the council by the station in 2019.

At a subsequent meeting of the council on January 14th to consider the Sipo report, the elected members gave Mr Enright a standing ovation.

In the latest twist in the ongoing controversy, Mr Minogue, in email correspondence with Mr Buttle, has again raised the prospect of the three criteria being agreed as part of a “service level agreement” with the station.

“I emphasis they are not conditions to continued advertising with [the station] or efforts to seek to prejudice the independence of the media, a position which the council fully respects, and they should not be interpreted as such,” he said.

In response Mr Buttle said it was “unconscionable that you continue to deem it appropriate to request the imposition of these editorial ‘criteria’.”

He said that “in facilitating and engaging in free and open discussion and debate in relation to the activities of Wexford County Council, South East Radio is not, and cannot be, a ‘service provider’ to Wexford Council”.

“Nor can South East Radio, or I, engage in any back channel discussions which have as their aim the impairment of the freedom of the press. Even at this remove it seems that you have failed to grasp this fundamental issue.”

On April 1st, Mr Buttle responded strongly to Mr Minogue’s suggestion that the council agree to the criteria,which included one that presenters would not express personal opinions. He said he found the proposal “staggering” given the January report from Sipo.

In a response on April 13th, Mr Minogue said he was interpreting what the station executive had said as implying that he, the country secretary, had acted in contravention of the Local Government Act.

The next day the cathaoirleach, Ms Murphy, emailed Mr Buttle and advised him that she was in the process of exercising her statutory obligation to consider what action should be taken pursuant to 174(8)(a) of the Local Government Act, 2001, arising from the April 1st email criticising Mr Minogue which had been forwarded to her.

She noted that the Act cited an investigative or disciplinary procedure, the referral of the matter to the Director of Public Prosecutions, or another course of action that might be considered appropriate, as among possible options.

“If I require any further detail or clarification from your good self, I will be in touch with you,” she said.

Mr Buttle, in a response on April 20th, said that since March 2019 the station had been continually subjected to “ improper influence, threats (legal, financial and otherwise), and editorial interference from Wexford County Council”.

He said it was “unconscionable” that Mr Minogue was continuing to press for agreement on his three suggested criteria.

“Therefore, to uphold public trust and confidence in Wexford County Council, I am respectfully requesting you to have an independent investigation completed into this matter, which will consider all internal and external communications issued by Mr David Minogue, Mr Tom Enright and [former cathaoirleach] councillor Michael Sheehan to and about South East Radio from March 2019 to date, (including the factual accuracy of Mr Enright’s submission to the Elected Members of the Council on 14th January 2022).

“To do otherwise would be, in my opinion, an injustice given the gravity of the situation and the level of public interest in this matter.”

Mr Buttle noted that in November the BAI had “dismissed a wide-ranging complaint from Wexford County Council, which coincidentally incorporated the three ‘criteria’ set out in Mr Minogue’s email of March 25th 2022”.

Mr Minogue has said he was acting on his own behalf when he suggested the criteria in his email in March. However Mr Buttle has said he has difficulty accepting this.