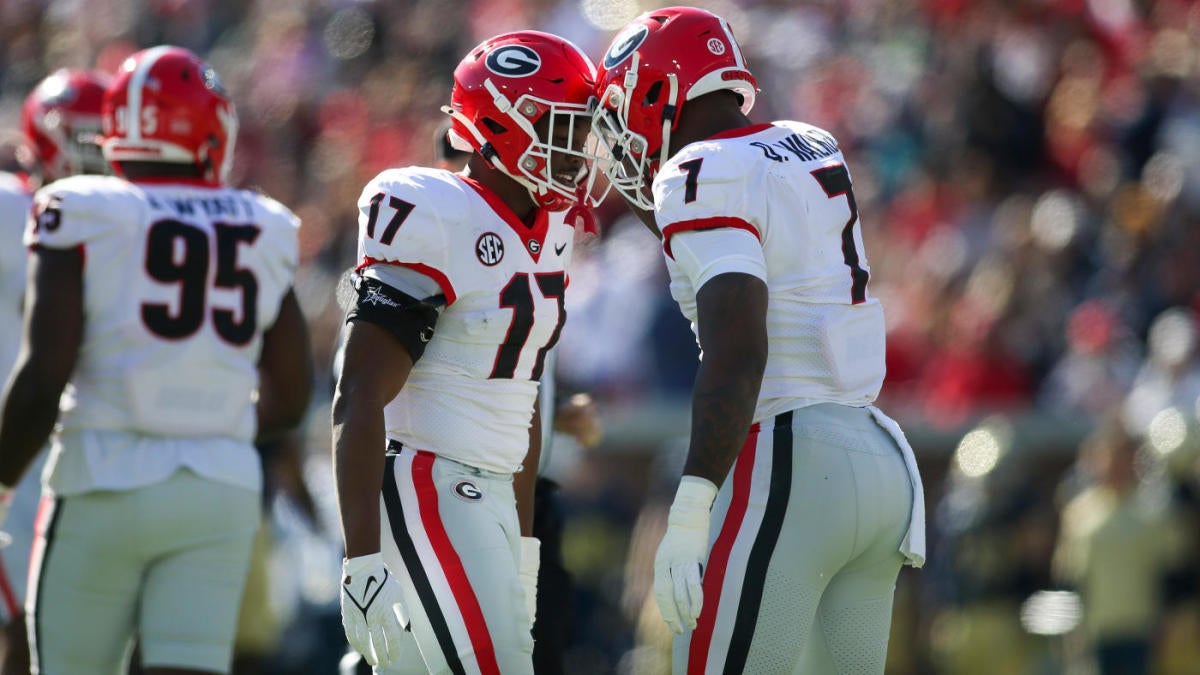 There were indicators all over the country: This season, we got the second lowest-scoring College Football Playoff in the history of the event. Georgia fielded a generational defense. For only the second time in CFP history, four teams that finished in the top 20 in total defense faced off. A defensive lineman finished second in Heisman Trophy voting for the first time in 41 years.

The transformative 2021 college football season can be viewed two ways: Either defenses clawed back some of the turf they had lost during the ongoing offensive revolution, or offenses leveled off. Perhaps it was a bit of both. Either way, offense took a collective step back in 2021.

Scoring, total offense and rushing offense were at their lowest averages in a decade. The declines were minimal but significant in context. Scoring was down to 28.51 points per team, lowest since the 2011 average of 28.29, according to NCAA statistics. Total offense dipped below 400 yards per game (397.95) for the first time since teams averaged 392.4 in 2011. Similarly, rushing was down to 163.8 yards per game, the lowest in 10 years.

During the last decade, offense has spiked. Targeting penalties evolved, too, forcing defenses to use more finesse than force. Quarterbacks were already on their way to becoming the central figures in every program.

But in 2021, defenses drew a line in the artificial turf. They didn’t stop the offensive revolution, but they at least slowed it.

“Football has always been this way, cyclical,” said new SMU coach Rhett Lashlee. “For the last several years, offenses have been soaring. There’s really good coaches in our game on defense, too. What do they do all offseason? They find ways to adapt, evolve, change, [saying,] ‘How are we going to stop this stuff?’”

Lashlee has been a witness. He was Gus Malzahn’s offensive coordinator (Auburn, 2013-16) coming within 13 seconds of a national championship after beating Alabama in that 2013 season. His Miami offenses the last two seasons averaged 34 points and 444 yards. That’s the Hurricanes’ best two-year performance in at least a decade.

So, what happened? Big picture: just holding on for dear life. Limiting opportunities has become just as important as limiting points. That’s because, on certain days, one might not equate to the other.

“Explosive plays is how you win games,” Lashlee said. “Just like 10-15 years ago in the SEC, if you scored 24 points, you probably won.”

Playoff teams Georgia and Cincinnati were No. 1 and No. 4, respectively, in red zone defense. Houston defensive coordinator Doug Belk burnished his reputation fielding the nation’s No. 6 defense. The laid-back Jim Knowles turned a transformative year at Oklahoma State into the leading the defense at Ohio State. The Big 12 had two top 10 scoring defenses (Oklahoma State, Baylor). The offense-first league hadn’t put one team on that list since 2014.

Conversely, in 2021, the previously defensive-minded SEC led the country with its teams averaging almost 31 points per game. Still, the champion from that league, Georgia, will be known for winning it all in with defense. The 10.2 points per game allowed by the Dawgs were the fewest nationally since Alabama gave up 8.2 in 2011.

If explosive games plays win games, there has to be something to be said for limiting those plays. Georgia finished in the top 20 in plays allowed of at least 10 yards, 20 yards and 30 yards.

In the last hiring cycle, almost 40% of the schools that changed head coaches (11 of 29) replaced them with coaches who had a defensive background.

Sitting defensive coordinators all over had time to adjust. One development that has counteracted wide-open offenses is the “robber” position, a hybrid player who is nimble enough to drop back in coverage and big enough to step into the box to stop the run.

Think of Tyrann Mathieu both at LSU and in the NFL. Isaiah Simmons, having just completed his second pro season in Arizona, became that player at Clemson from 2016-19.

“When the ball is snapped, [the robber] becomes an extra player in the run game and isn’t really identified,” Lashlee said. “When you drop back to pass, suddenly you’re in a prevent defense. It kind of helps the defense play both worlds.

“Defenses are becoming more unconventional. They’re doing it to slow offenses down that become unconventional, [saying,] ‘We’re going to spread the field, run RPOs and play fast. It’s kind of fair, I guess.””

CBS Sports documented how defenses attempted to battle back to respectability last year. The so-called “stack” defense and 4-2-5 made defensive units more flexible. Alabama wasn’t in the minority when it began games in the nickel (or dime) defense. In 2020, Iowa State played man defense in the secondary only 7% of the time (last in the country). It also posted its best defensive numbers in 20 years.

Something had to be done. Since 2012, all-time highs have been set nationally at least once in scoring, yards per rush, completions per game, completion percentage, yards per attempt, yards passing per game and total offense.

In 2021 teams, averaged 5.79 yards per play, the third-most ever. While average passing yards stayed somewhat constant (234.57 per game), quarterbacks have arguably never been more productive. The overall 61.52% completion percentage and average yards per pass (7.54) were the highest since the NCAA began keeping statistics in 1937.

Kirby Smart’s Georgia defenses reflect what has been going on quietly and gradually but also nationally. Defenses had to become smaller and faster to keep up with the offensive revolution. His 2009 national title-winning unit at Alabama featured 6-foot-3, 354-pound Terrence Cody at nose tackle. In that position this season was Outland Trophy winner Jordan Davis, who checked in at a lithe 6-foot-6, 340 pounds.

As a child, Big Ten defensive player of the year Aidan Hutchinson participated in competitive dance. He got bullied at times, but eventually, he got even on the game’s biggest stage. His father, Chris, described dance routines being changed moments before going on another stage as a youth.

“It really lends his brain to be able to think, ‘OK, they’re doing this to us on defense. We need to change that,’” Chris Hutchinson said. “It’s thinking on the fly. It became second nature. When you were used to doing it for dance moves as a child, doing it under the stress of football is the same thing.”

That 2021 scoring average marks a slight decline (5.2%) from the all-time high in 2016 (30.08). Approximately a field goal difference per game. But it’s something. The national scoring average had increased four times since 2015.