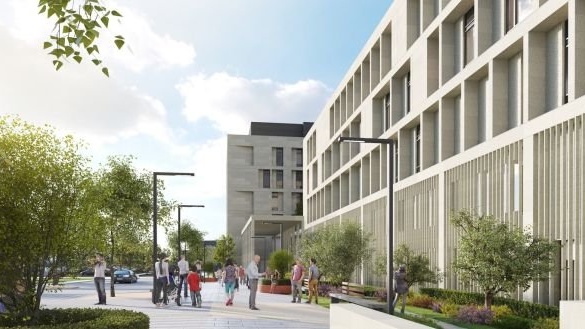 The Government has been urged to make a decision soon on licensing arrangements for the new National Maternity Hospital (NMH) to avoid further delay in construction.

Opposition TDs said they wanted to see the full details of the deal and expressed scepticism that the issues related to the new hospital will be resolved.

It comes as an Irish Times report outlining how the proposed Health Service Executive licence for the new hospital will include legal measures requiring it to provide all medical procedures allowed under Irish law.

The revised provisions for the long-delayed €800 million project follow recent Government moves to reopen a draft agreement in which the Elm Park site in south Dublin will come under State control for 299 years after its transfer to the NMH from St Vincent’s Healthcare Group.

It is understood that the agreement – which must still to go to Cabinet for approval – will be changed to include specific provisions to reflect the fact that procedures at the new hospital will include “anything permissible within Irish law”.

Although the plan to move the NMH from Holles Street in central Dublin to the St Vincent’s campus has been in train since 2013, the project has been mired in controversy for years.

The Religious Sisters of Charity are due to transfer the ownership of lands at St Vincent’s to an independent entity, which will lease the new maternity hospital site to the State. But critics have claimed for years that a Catholic religious ethos would live on, possibly compromising the hospital’s power to carry out procedures such as pregnancy termination and sterilisation.

Sinn Féin’s spokesman on health David Cullinane said: “We will need to see the full detail of the license and the memorandum that will go to Government. Sinn Féin’s position is clear, we want a new National Maternity Hospital that is publicly owned and publicly managed. The Minister is well aware of the views of the Opposition and campaigning groups.

“There can be no half measures when it comes to proceeding on this issue. The provision of women’s health care is hugely important and must be . . . free from religious influence and provided through publicly owned and managed facilities.”

‘Get the model right’

Regarding the timeline for a decision, Social Democrats co-leader Róisín Shortall said “the important thing is to get the model right”.

She said it’s her view that public demand for the NMH to be secular and publicly owned “can only be satisfied if the Government decides to CPO [compulsory purchase order] the site or alternatively co-locate the hospital with Tallaght”.

Ms Shortall added that she has not seen details of the proposed agreement.

“It’s hard to see a satisfactory or acceptable outcome of this matter when the Government has tied itself up in knots for over the past six years in trying to do the impossible,” she said.

“There is no justification for our National Maternity Hospital, of all hospitals, to be handed over to be controlled by a private religious entity, an entity which hasn’t even been established yet. Nor is there any justification, from a taxpayer’s and probity perspective, for handing over an almost €1 billion State asset to a private entity, religious or otherwise.”