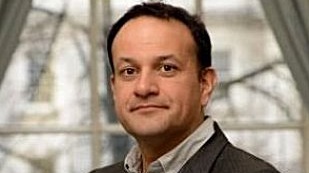 The Government is continuing to conduct contingency planning for a potential invasion of Ukraine by Russia, Tánaiste Leo Varadkar has said.

Mr Varadkar said there are no plans to withdraw or evacuate staff from the Irish Embassy in Kyiv but the Department of Foreign Affairs is keeping the security situation “under review”.

Mr Varadkar was speaking during Leaders’ Questions in the Dáil on Thursday, after Independent TD Cathal Berry asked for an update on planning taking place at Government level should conflict arise.

The Kildare South TD said such a conversation was not alarmist. “This is normal, prudent, sensible, and responsible discussions, and they’re happening over Europe and need to happen here as well,” he said.

Mr Berry asked if financial provision had been made to assist EU countries that border Ukraine in the event of a humanitarian crisis. He also asked if there is spare capacity to accept refugees as well as measures to safeguard energy security.

“Energy security is going to be a major issue because of the control the Russians have over our gas,” he said.

Mr Varadkar said people should continue to avoid non-essential travel to Ukraine while all Irish citizens there should register with the Irish Embassy in Kyiv so they can receive consular assistance and be evacuated should that need arise.

“At present we’ve made no financial provision for financial aid to neighbouring countries but we absolutely acknowledge that were there to be a conflict as well as loss of human life, there would likely be significant refugee flows into Romania and into Poland in particular,” he said.

“In that scenario, we would anticipate that the EU solidarity clause would be triggered and we would be required . . . to take a number of refugees from Ukraine, which we would be willing to do.”

He said the first response would be to protect Irish citizens in Ukraine and then focus would turn to issues around energy supplies.

“We don’t get much gas from Russia/Ukraine, but it would still have a knock-on effect,” he said. “Then of course, there’s the possibility of cyberattacks and disruption of the European Union should a conflict emerge.”

Mr Varadkar said all efforts are aimed at avoiding a land war between Russia and Ukraine which would result in “tens of thousands of deaths and probably hundreds of thousands of people being displaced internally or fleeing to Romania and Poland”.

The Tánaiste said the Government strongly supports the territorial integrity of Ukraine and believes that should be respected.