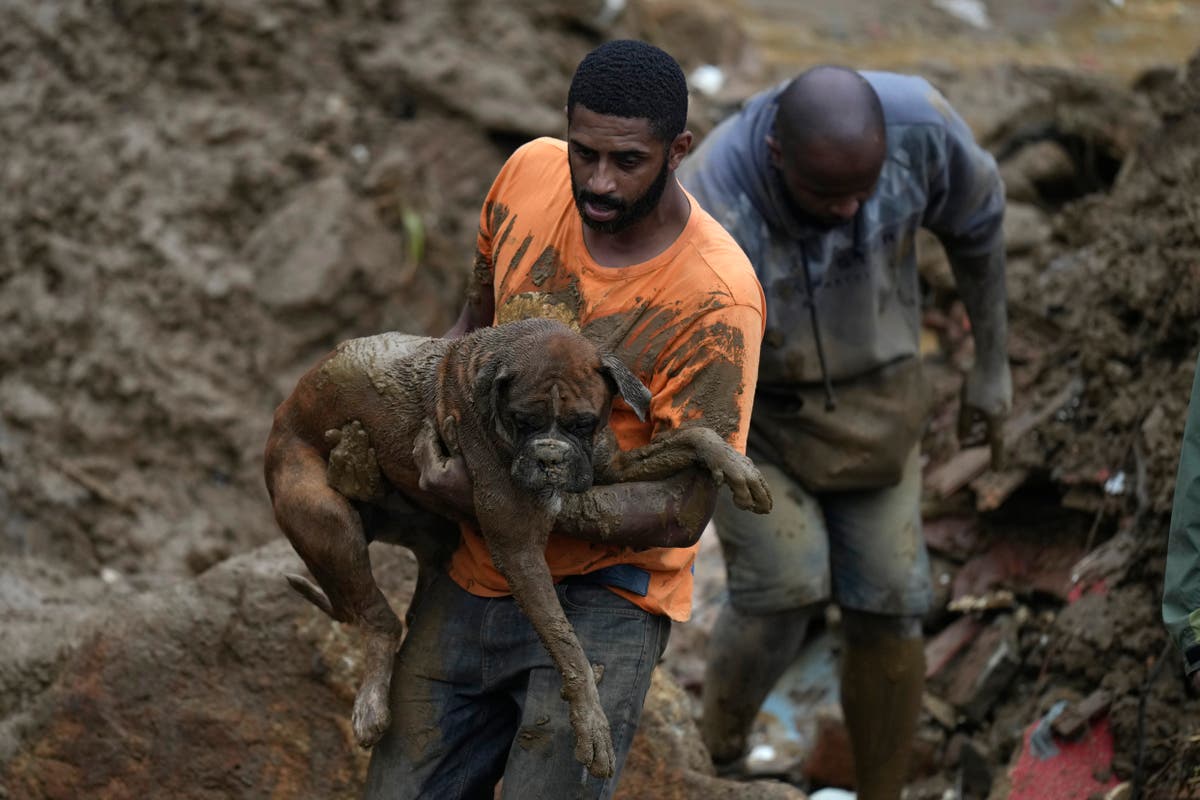 Scientists have long been warning that extreme weather would cause calamity in the future. But in South America — which in just the last month has had deadly landslides in Brazil, wildfire in Argentine wetlands and flooding in the Amazon so severe it ruined harvests — that future is already here.

In just three hours on Feb. 15, the city of Petropolis, nestled in the forested mountains above Rio de Janeiro, received over 10 inches of rainfall – more than ever registered in a single day since authorities began keeping records in 1932. The ensuing landslides swallowed the lives of more than 200 people, and left nearly 1,000 homeless.

A report published Monday by the Intergovernmental Panel on Climate Change (IPCC) corroborates what many on the ground are witnessing with their own eyes. Global warming is altering the intensity and frequency of extreme weather events, such as El Nino and La Nina, the natural heating and cooling of parts of the Pacific that alters weather patterns around the globe. These events have also become more difficult to predict, causing additional damage, the report said.

“Climate change is projected to convert existing risks in the region into severe key risks,” the report said.

Until 2020, there was plenty of water, swamps, stagnant lakes and lagoons in Argentina’s Ibera Wetlands, one of the largest such ecosystems in the world. But an historic drought of the Parana River dried much of it out; its waters are in the lowest level since 1944. Since January it has been the stage of raging fires.

And this week, 70% of the remote city of Jordao in Brazil’s Amazon rainforest was submerged by the overflow of two rivers. It has shattered the lives of thousands of people in the region, including in 32 Indigenous communities.

Central and South America is the second most urbanized region in the world after North America with 81% percent of its population residing within cities. In this context, forests are playing a vital role to stabilize local climates and to help the world meet the ambitious temperature goals set by the 2015 Paris Agreement, experts say.

The entire Amazon rainforest stores between 150 and 200 billion tonnes of carbon in the vegetation and soil, according to Carlos Nobre, a prominent Brazilian climate scientist who has studied the biome for several decades.

“It’s a huge reservoir,” Nobre told The Associated Press in a phone interview. “If you lose the forest, this carbon dioxide, a major greenhouse gas, goes into the atmosphere. It is very important to maintain the forest.”

But most governments across the region have failed to heed the IPCC’s warnings and stop the destruction. Many South American leaders have remained silent about illegal logging and mining activities in sensitive regions. Brazil’s President Jair Bolsonaro has gone further, outright encouraging it both with his words and by weakening environmental agencies and regulation.

Even in Colombia, where President Iván Duque has attempted to rein in illegal logging, a recent increase in forest fires led more than 150 international academics and activists last week to send a letter urging the government to take a more aggressive stance.

Indeed, local prosecutors and police have said the region is more and more dependent on activists for preservation, either to prevent deforestation that leads to drastic changes in climate or to deal with the consequences of environmental degradation.

Alejandra Boloqui, 54, manages a private natural reserve in Argentina’s Ibera Wetlands, and has been helping firefighters wage their desperate fight against the flames. Last week, she recorded a scene on her phone that overwhelmed her with sadness: a dozen alligators fleeing the flames and walking down a dirt track in search of water.

“When I started filming them, I cried. I felt they were saying to me: ‘I’ve been left without a home, I’m leaving,’” Boloqui told the AP. “It got my attention seeing so many alligators moving together during the day. … They are very slow reptiles who move at night to avoid heat.”

They, along with many other animals, found temporary refuge in a nearby lagoon that had dried up due to lack of rain and has since been artificially refilled with solar water pumps.

Local authorities attributed the fires to the burning of pastures for cattle ranching, which has been prohibited since December. IPCC experts stress in the report that droughts lay the groundwork for blazes that spread rapidly.

Brazil’s south and southeast regions last year faced their worst droughts in nine decades, raising the specter of possible power rationing given the grid’s dependence on hydroelectric plants. Simultaneously, in Manaus, the largest city in the Amazon, rivers swelled to levels unseen in over a century of record-keeping, flooding streets and houses and affecting some 450,000 people in the region.

This week, with most of Amazonian city Jordao plunged underwater, Indigenous leader and forest guard Josias Kaxinawá is working to bring any support he can to dozens of communities. He spent all day Wednesday rescuing people and their belongings using his small boat equipped with an outboard motor.

The Jordao and Tarauaca rivers join during the rainy season, which Kaxinawá and his neighbors didn’t expect for several more weeks. But this time, unlike last year, showers arrived not just too early, but also brutally, he told the AP.

“We are living our worst moment. Flood, rains, winds. Climate change is creating more problems for us. We are losing a lot of stuff, boats, household appliances, every crop we grew last year,” Kaxinawá said by phone from Jordao, adding he had never had seen so much rain in his area. “We worry about the future,” he said.

He added that the small city’s agricultural production is “virtually all destroyed.”

This jibes with the IPCC report, which says changes in the timing and magnitude of precipitation along with extreme temperatures are impacting agricultural production across Central and South America.

“Impacts on rural livelihoods and food security, particularly for small and medium-sized farmers and Indigenous Peoples in the mountains, are projected to worsen,” the report read.

Acre state’s government said at least 76 families have lost their homes in Jordao and around, most of them Indigenous and now living in a local shelter. But Mayor Naudo Ribeiro admitted the count was underestimated.

“This was too fast, there’s no way to prepare when it happens like this,” Ribeiro told local media.

“This was totally unpredictable,” Bomtempo said. “No one could predict rain as hard as this.”

The IPCC report suggests events like these will continue to shake the region.