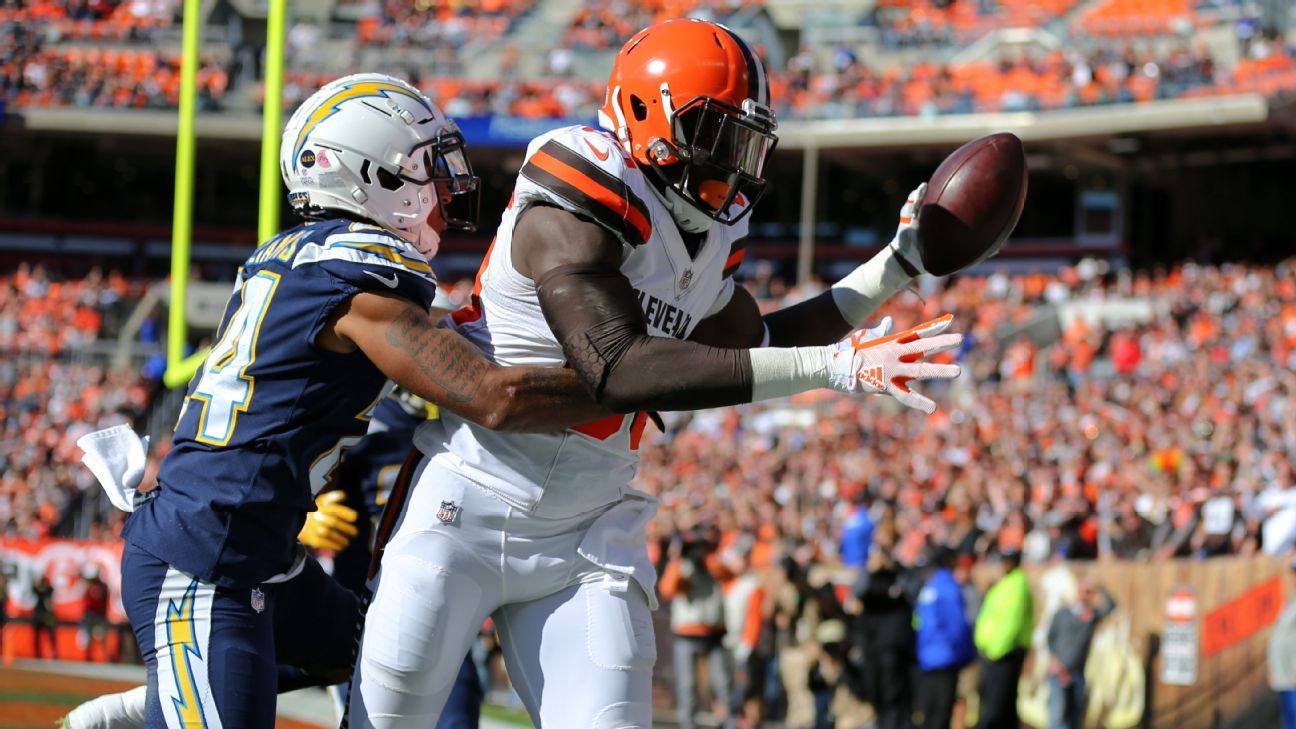 BEREA, Ohio — In the fourth quarter of last season’s Week 5 showdown against the Los Angeles Chargers, tight end David Njoku hauled in a pass across the middle of the field, shed a tackle and ran 71 yards for a touchdown.

Such a play underscored the potential Njoku has flashed throughout his five seasons in Cleveland, even if those flashes have lacked consistency. Now, the Browns are betting big on Njoku’s potential, believing his consistency and production are about to arrive.

Last week, Cleveland signed Njoku to a four-year extension worth almost $57 million, including $28 million guaranteed, a contract that made Njoku the league’s fifth-highest-paid tight end.

All that’s left now is for him to begin producing like one of the league’s elites on a weekly basis.

“David’s multifaceted skill set in both the run and pass game is a key component of our offensive system,” Browns general manager Andrew Berry noted. “His ability to generate explosive plays with his … speed and run-after-catch ability, along with his productivity as a blocker on the line of scrimmage, is a difficult combination to find in a single player.

“We’ve seen David grow throughout his time here and are excited to see his best football over the next several seasons.”

Njoku has had his moments since the Browns selected him in the first round of the 2017 draft. But to this point, he’s had an uneven career.

During his first three seasons, he had the highest drop rate (7.1%) of any tight end with at least 100 targets during that span, according to ESPN Stats & Information research. In 2019, he battled injuries, had wrist surgery and was essentially a nonfactor. In 2020, he had only 29 targets the entire season, even as the Browns’ offense thrived. And last year, after what seemed to be a breakout performance in Los Angeles, Njoku had just 22 receptions the rest of the way. In fact, after the Chargers game, he was targeted more than four times in a game only once.

But as their offense transforms around new quarterback Deshaun Watson, the Browns see the 6-foot-4, 246-pound Njoku playing a more substantial role in the passing game, as perhaps the No. 2 option behind wide receiver Amari Cooper.

“Certainly want to feature him,” coach Kevin Stefanski said. “I think his skill set, as we all know, great size, great length in terms of catching the football and being able to go up and pluck contested catches. I think there is an evolution that will continue for David.”

Njoku definitely has the skill set befitting a more significant role. And his ability to both block for Cleveland’s overpowering running game — Browns offensive coordinator Alex Van Pelt calls Njoku “one of the best run-blocking tight ends in the league” — and make plays downfield stands to make him an invaluable cog.

“I love blocking,” Njoku said. “Honestly, I fell in love with it, because at a point, it was all that I was really doing, so I had two options: I can either cry about it or just slam people. I chose to block, and I enjoy it now.”

There’s also reason to believe Njoku could thrive as a pass-catcher, as well, if the Browns do in fact feature him more this season.

“I feel like the only way to go is up from here,” Njoku said. “Just keep stacking good days, hard work and perseverance.”