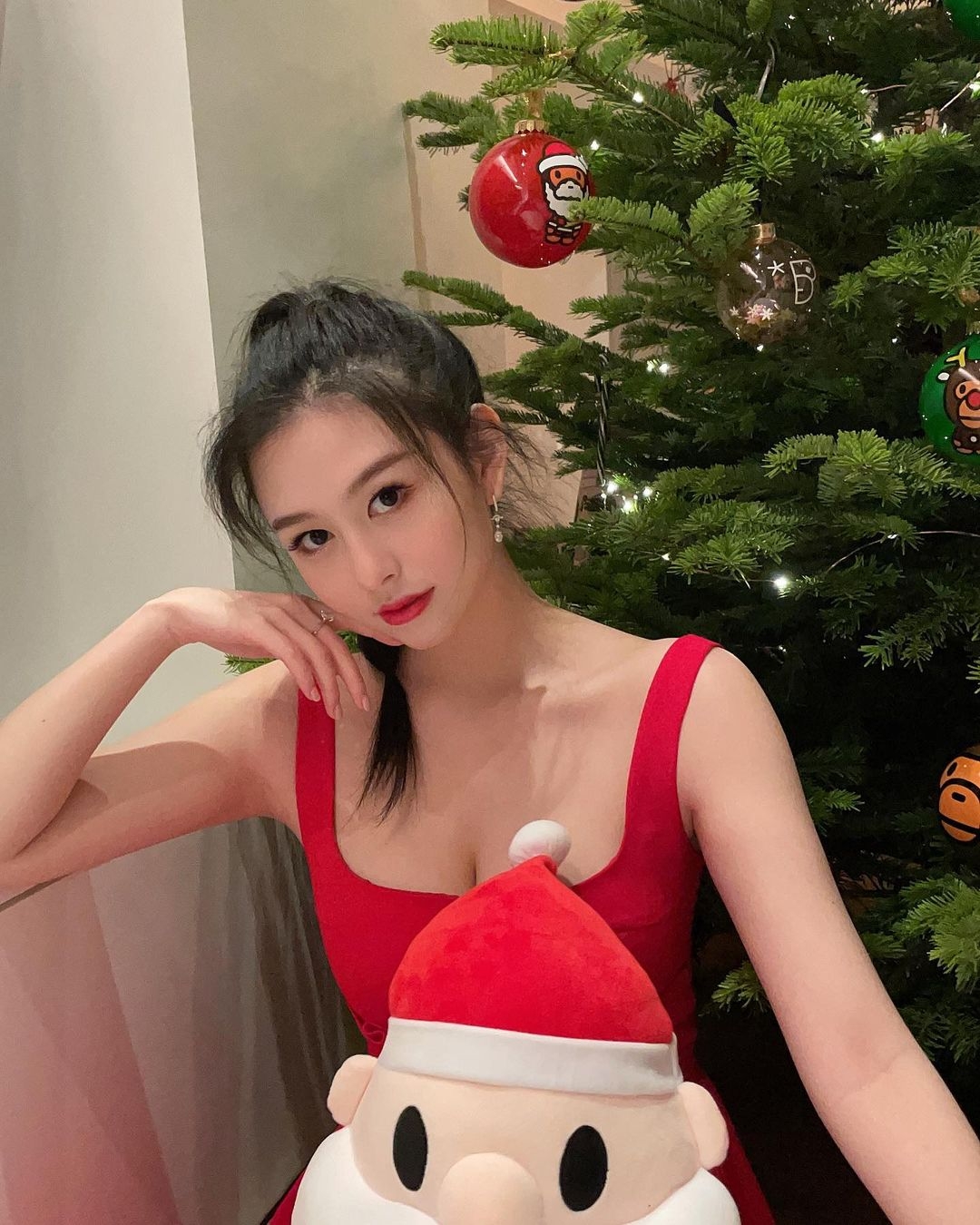 Film siren in the 1990s, retired actress Chingmy Yau (邱淑貞), passed on her good looks to eldest daughter, Ayla Sham (沈月). Turning 20 years old, Ayla is dubbed as the most beautiful celebrity second generation. Due to her natural beauty and parent’s connections, many were curious if she would enter the entertainment industry.

In South Korea for the past two months, Ayla is speculated to debut there. Recently, she attended several fashion events and shared photos of herself with Korean stars Jung Hae In, Kim Hee Chul, and EXO member, Sehun. Photographed alongside some big name Korean stars, Ayla was able to hold her own and appeared to fit right in.

In the photos, Ayla was dressed in a black skirt with black blazer. Accessorizing with a white leather designer purse, Ayla oozed charisma. Many netizens praised Ayla for her fashion sense and unique style.

Some Korean media outlets also speculated that Ayla has already signed a contract with a South Korean management company and will soon make her debut.

This article is written by Huynh for JayneStars.com.