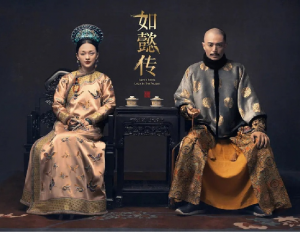 (Above) Jaw-droppingly high rates for actors will no longer be allowed.

Long a contentious issue, the astronomical salaries of A-list actors is now the target of the state’s latest crackdown – as China’s National Radio and Television Administration implements measures to regulate celebrities’ sky-high pay for dramas!

On the chopping board are top actors such as William Chan (陳偉霆), Zhou Xun (周迅) and Betty Sun Li (孫儷), whose exorbitant pay for starring in dramas is slated to become history. As part of its latest ruling to prevent “monopolising behaviors” in the industry, salaries of actors post-tax deduction must be capped within 20 million RMB. Cast actors will have their pay capped at 40% of each drama’s budget, while leading actors cannot receive over 70% of what the entire cast is paid.

The administration had stated that malpractices such as tax evasion, fraudulent “yin-yang” contracts and astronomical remuneration rates will be firmly dealt with. For instance, actor William Chan who used to rake in 100 million RMB per drama can only receive 20 million RMB post tax deduction for Novoland: Pearl Eclipse <斛珠夫人>. Likewise, actress Sun Li who is routinely paid 60 million RMB per drama took just 16 million RMB for I Will Find You A Better Home <安家>.