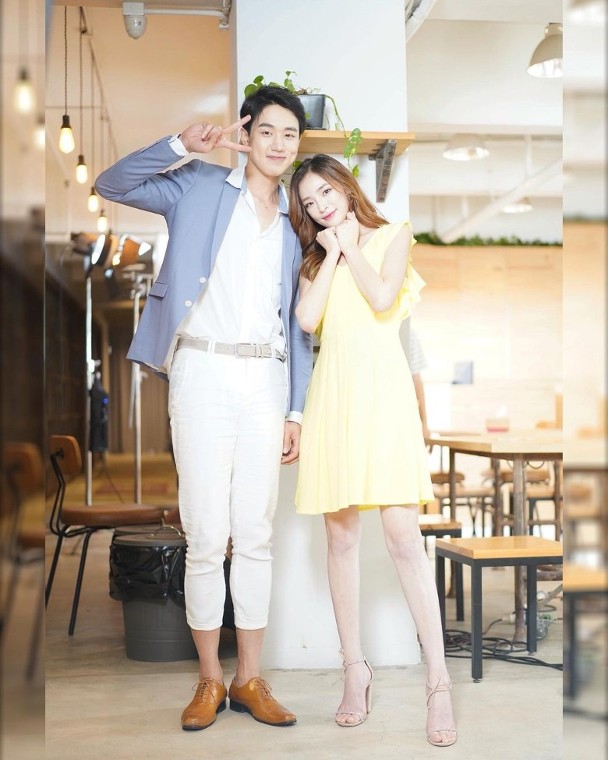 More details of TVB artiste Celina Harto’s (陳楨怡) personal life are surfacing, as her proclaimed boyfriend singer Hinson Chou (周子揚) continues to air her dirty laundry. According to Hinson, Celina is a calculative person and would “use other people to her own advantage.” She allegedly became more conniving since placing as Miss Hong Kong 2020 first runner-up and climbing her way up the ranks at TVB.

Uses Other People to Her Advantage

Although Hinson has dated Celina for one and a half years, he was often treated like her chauffeur. Since her ambition to move up in her career took over, Hinson often caught Celina lying. “She once told me that I didn’t need to come pick her up. Another time, she told me that she was sleeping and turned her phone off. However, I later saw Lincoln and Jeremy post photos of them hanging out,” Hinson said angrily.

Hinson revealed that Celina wanted to build more connections and had a motive in getting close with each person. “Lincoln is filming dramas, so he knows a lot of people and can introduce her to his manager and help her get side jobs. Jeremy is a model and can introduce her to advertisers. Niklas is TVB executive Catherine Tsang’s (曾勵珍) favorite, so he can give her a lot of information. When Niklas invited her to film a show, she immediately said yes and kept flirting with him. The Korean model can link her to Korean jobs, and Crystal’s personal assistant was originally a photographer and can help her take pretty photos to post on social media.”

Celina told Hinson that she was not interested in the other men, and that she only loves him. When Hinson warned Celina “that the people in the entertainment industry are complicated and to not get too close with the men,” she did not change her actions, and her behavior only worsened.

Hinson voiced his confusion as to why Celina continues to trade amorous texts with numerous men. “Lincoln said that he’ll treat her to candy. Jeremy was inviting her out to hang out. Niklas was inviting her to eat at the TVB canteen. The only reason for all this is that she likes the attention!”

Thinks Celina is Too Fake

Reporters asked why Hinson was sharing so much damaging information about Celina. He replied that he was tired of her actions, and finds her to be too “fake.”

“I really love her. I even tolerated the many men around her, but she should not be so fake and continue to pretend to be an innocent goddess. Many celebrities overseas like Lady Gaga and Justin Bieber are very popular, even though they have a wild or a bad boy image. I’m just asking for her to be true to herself, and then I’ll shut up.”

The last time they spoke, Celina had asked that Hinson not publicly disclose he is her boyfriend. Although Celina claimed to really miss him, Hinson has not been able to reach her for a month now. “I don’t even know what our relation is now. I’d like for her to tell me clearly.”

Hinson also complained of Celina’s smoking habits and partying culture. “She attended Lincoln’s Sai Kung house party, and I drove to pick her up. It turns out that there was also Jeremy, Lisa Tse (謝嘉怡), Rosita Kwok (郭柏妍) and her rumored boyfriend Keefe Ng (吳卓衡). They were all partying and smoking–this is not the first time they’ve partied like this. Someone also saw Jeremy post a photo of him dancing closely with Celina.”

Suddenly pulled into Celina’s rumors, Lisa denied that she is a smoker. “My grandma has smoked since she was young and ruined her lungs, so I would never smoke.” She also clarified that she is currently single, “Jeremy has introduced me to many new friends. He studied in Australia, so he introduced many friends who have grown up overseas as well.” Although Lisa has spoken to Celina, who is currently in China, they only exchanged well wishes for the New Year and did not talk about the latter’s controversies.