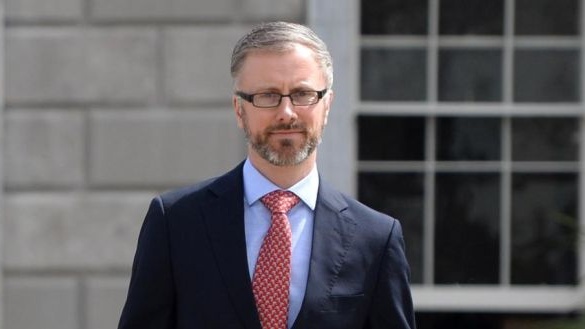 Minister for Children Roderic O’Gorman has confirmed the catering firm Aramark has been given a contract to provide meals to Ukrainian refugees.

Mr O’Gorman said the State hasn’t been able to use “the traditional procurement processes” and had to “short circuit processes” in order to ensure people were fed and sheltered.

The minister was responding to questions in the Dáil on Thursday, from People Before Profit TD Richard Boyd Barrett, who said he was contacted by a local catering company and they had been informed “without any tendering process Aramark have been given all of the contracts for providing catering for the refugee hubs for Ukrainians”.

The Dun-Laoghaire TD said Aramark was “a very controversial company” which had been criticised for their poor quality of their catering in US prisons, in the direct provision system and that there had been protests at the National Gallery by artists for its decision to use the company.

“They were recently caught up in unofficial strike action because they didn’t give redundancy terms to catering workers in the old Bank of Ireland site,” he added.

In response, Mr O’Gorman said the State was dealing with a crisis “the country has never had to experience before”.

“We’re dealing with it in a way that ensures that every Ukrainian who comes to this country, who seeks shelter, who seeks security, can be given it,” he said.

“And you would be right, we’ve had to move quickly, we have moved quickly and that’s why 16,000 people are being sheltered and are being fed.”