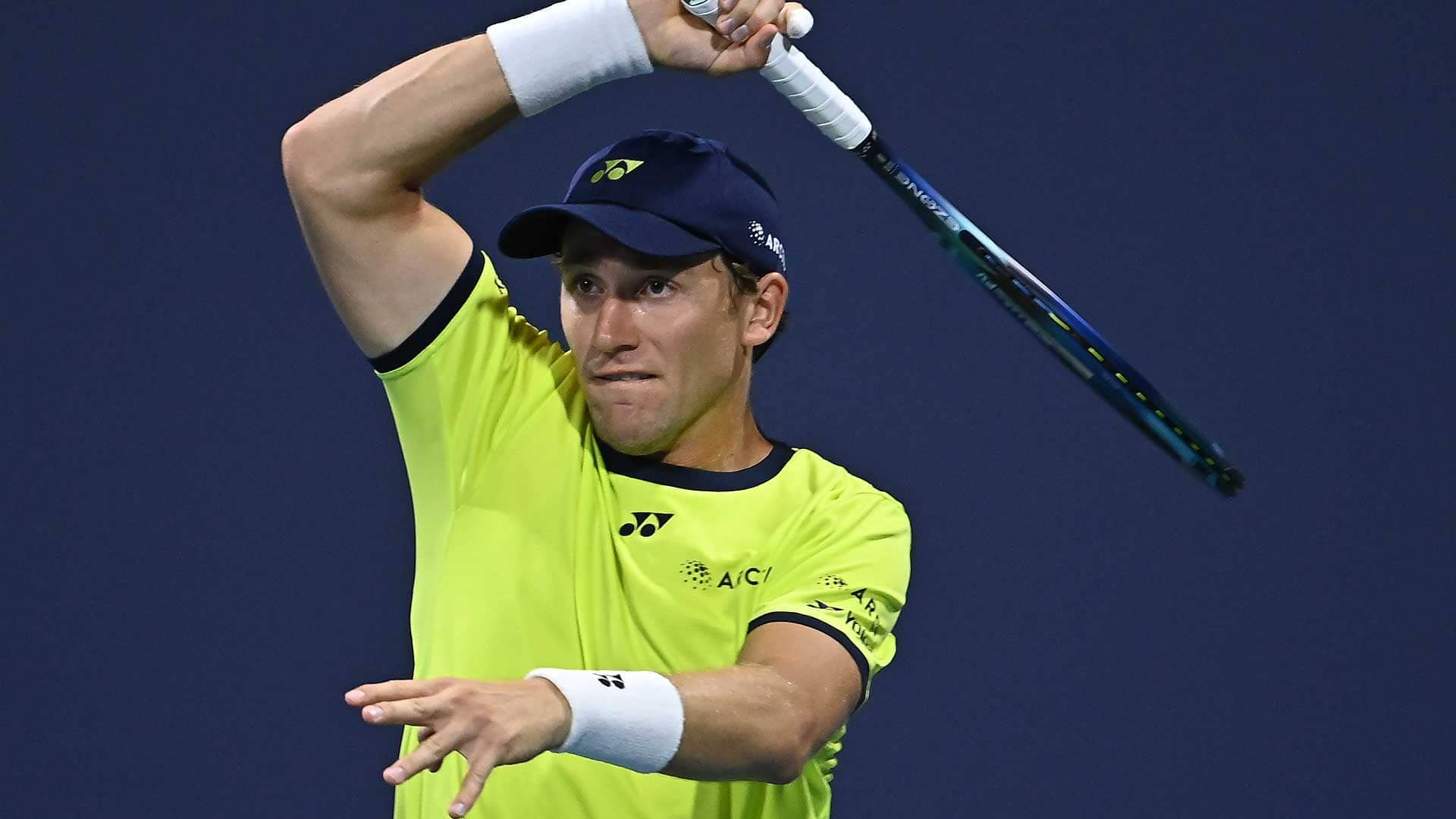 The last time Casper Ruud competed at the Miami Open presented by Itau, in 2019, he was the No. 98 player in the ATP Rankings. On Friday evening he showed why he is on a whole new level now.

The World No. 8 cruised past Switzerland’s Henri Laaksonen 6-1, 6-2 in 50 minutes to earn his first main draw win in Miami. Seeded sixth, he is into the third round at Hard Rock Stadium.

Ruud did not face a break point and he won a higher rate of his second-serve points (70%) than Laaksonen did his first-serve points (54%). He converted four of his six break points to move through.

The seven-time ATP Tour titlist will have to maintain his level in the third round against big-serving Kazakhstani Alexander Bublik. The 30th seed clawed past Colombian qualifier Daniel Elahi Galan 6-7(7), 6-3, 6-4 in two hours and 10 minutes.

Bublik hit 13 double faults, but he was able to overcome that behind 11 aces and six breaks of Galan’s serve. Ruud leads Bublik 3-1 in their ATP Head2Head series, but the Kazakhstani earned his lone victory against the Norwegian one month ago in Davis Cup action.

Gael Monfils, who is off to a strong start to his season, continued his good form with a 7-6(9), 6-1 triumph against German Oscar Otte. This year’s Adelaide International 1 champion will face Argentina Francisco Cerundolo, who led by a set and a break when American Reilly Opelka retired due to a right shoulder injury.

Cerundolo’s younger brother, Juan Manuel Cerundolo, earned a 7-6(7), 3-6, 6-3 win against lucky loser Kevin Anderson, the former World No. 5. The 2021 Intesa Sanpaolo Next Gen ATP Finals competitor began the week without an ATP Masters 1000 match win, and now he has two.

Did You Know?
Ruud has won six of his seven ATP Tour titles on clay courts, but he has also enjoyed success on hard courts. At last year’s Nitto ATP Finals — which is played on an indoor hard court — he made the semi-finals on his debut.