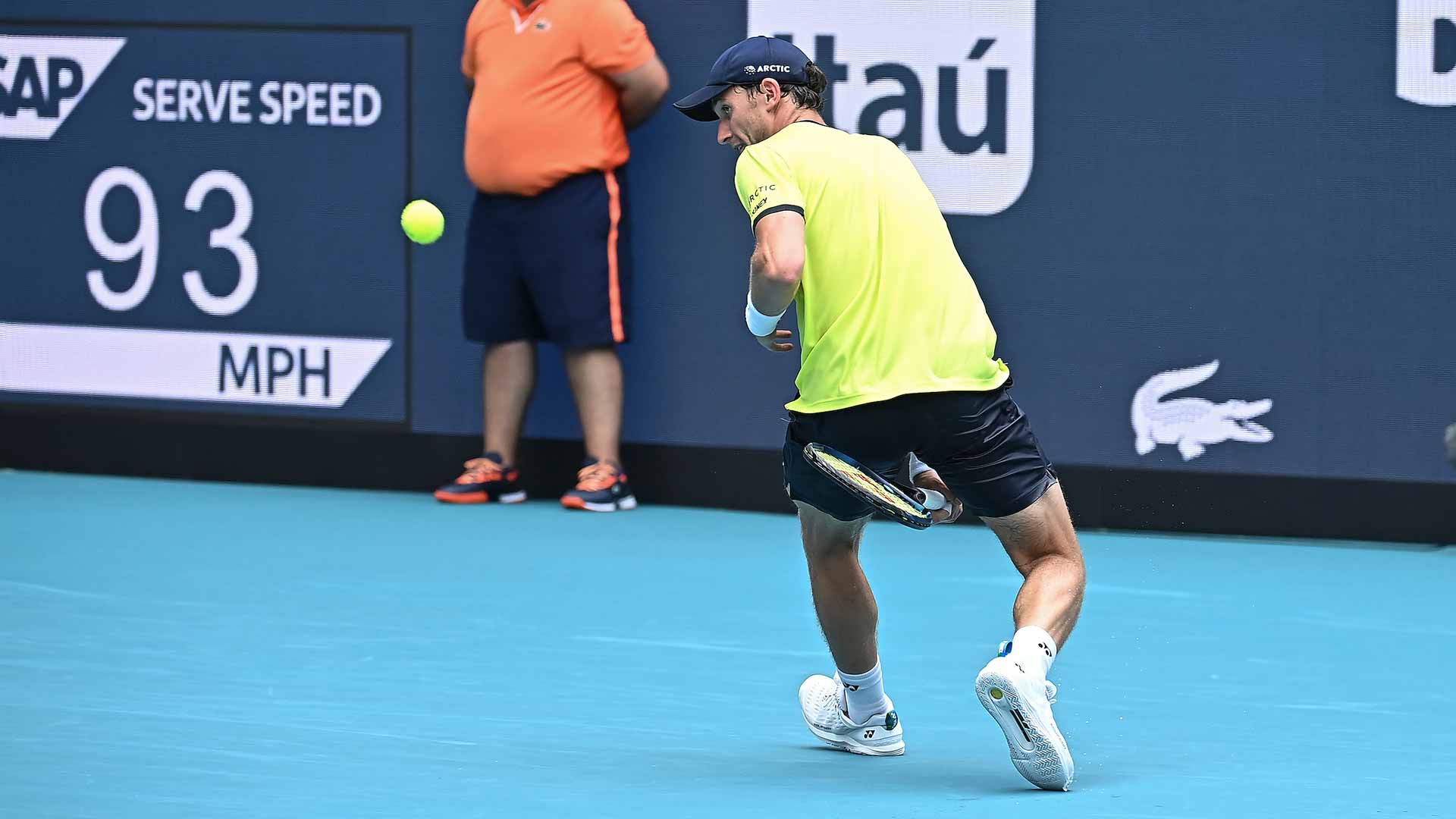 Casper Ruud is thrilled to be through to his first ATP Masters 1000 final at the Miami Open presented by Itau, but he’s also excited about The Masters — one of golf’s four majors, which is set for next weekend in Augusta.

“I have always watched The Masters in golf, and obviously it’s coming up next week and I can’t wait for it to watch on TV again,” said the Norwegian, who has a separate Instagram account dedicated to his golfing adventures. “It’s fun, because I will probably be here in the country while it’s ongoing, in Houston next week at the tournament.

“I enjoy watching both sports [tennis and golf], and I try to watch a lot of golf, especially here in the States. You have your own Golf Channel, so it’s easy to watch the tournaments. It’s building up to be I think hopefully a good Masters next week.”

Ruud also shared that he’s played a a few rounds with Rafael Nadal in Mallorca, calling the Spaniard a “very good golfer”. The pair has yet to compete on the ATP Tour, though Nadal took the victory on the golf course.

“He’s a very, very tough competitor,” Ruud shared. “Honestly, a bit tough to play with, because he doesn’t say much because he’s so focused. Usually on the golf course you are laughing a little bit and joking around. With him, it’s no jokes,” he said with a smile.

Florida is known as a premier golf and vacation destination, and Ruud was a frequent visitor in his junior days, when he would stay at his grandparents’ vacation house in Tampa and compete at Eddie Herr and the Orange Bowl during the winter.

“Then we just stayed over Christmas… Couple of years I tried to play even some Futures down there in January in the Miami area. So I was still fairly young, but I haven’t been here too much like the past five, six years, because there are other places you are as a tennis player when you play on the Tour in those months. But I always enjoy coming back here.”