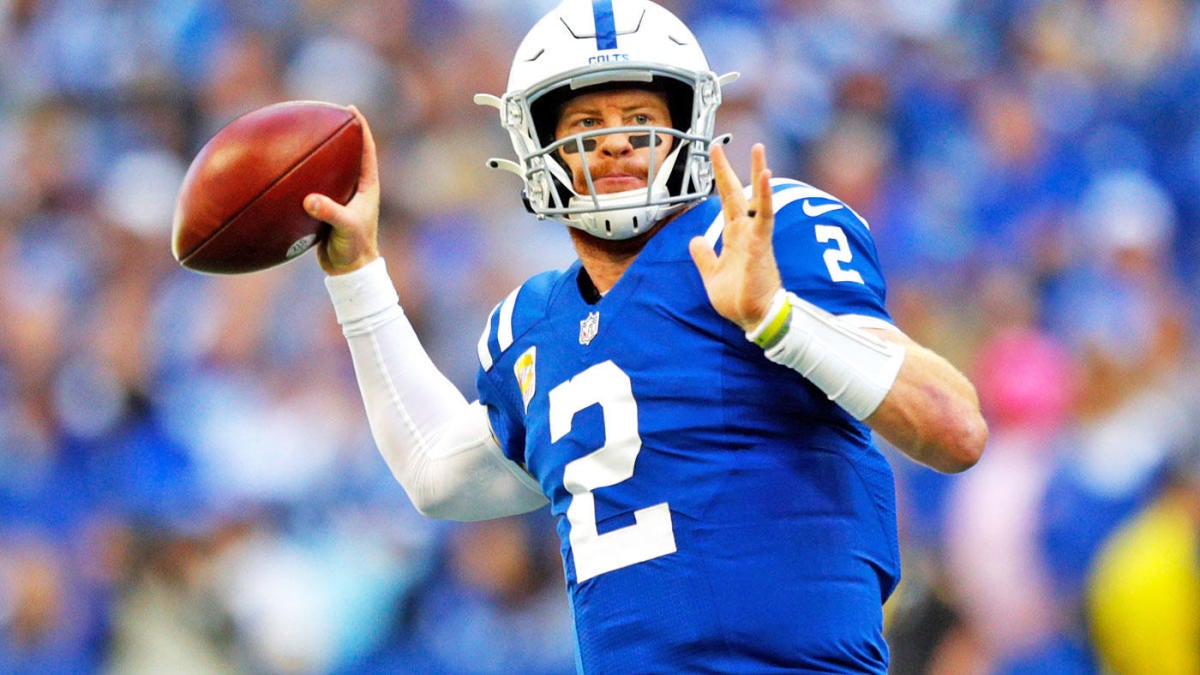 If nothing else, the last two days have reinforced how unbelievably important the quarterback position is in today’s NFL. It also showed how desperate some teams can get when it comes to acquiring an accomplished quarterback.

The NFL‘s quarterback saga continued on Wednesday with the news that the Colts were trading Carson Wentz to the Commanders just a year after Indianapolis sent a 2021 third-round pick and this year’s first-round pick to Philadelphia for Wentz. The Colts went 9-8 during their one season with Wentz, who failed to complete 60% of his throws in Indianapolis’ last two games of the season. The Colts lost both games while failing to make the playoffs for the second time over the last three seasons.

Below is our trade grades for both teams, as well as what each team gained and lost in the transaction.

While other picks were included, the Colts essentially gave up their 2022 first-round pick for one season with Wentz, a season that ended in disappointment. Given what they gave up to acquire him, it’s somewhat surprising that the Colts bailed on the experiment after just one year.

While maybe a tad premature, if the Colts felt that Wentz wasn’t the answer, it made sense to pull the plug now and go in a new direction. But where do they go from here? The Colts have no proven quarterbacks on their roster, and without a first-round pick, they won’t be in the running to acquire one of the top quarterbacks in the draft.

Given their quarterback situation, it would have made sense to include Taylor Heinicke in the trade. While he isn’t a star, Heinicke did complete 65% of his passes with 20 touchdowns in 15 starts last season. Instead, it appears that the Colts will go all-in on trying to acquire 49ers quarterback Jimmy Garoppolo. With nine picks in this year’s draft, Indianapolis has the resources to put together a trade for Garoppolo, a former Super Bowl starter who has a 37-16 career record as a starting quarterback. But given how many teams are in the market for a quarterback, the Colts may have to battle several other teams for the right to acquire the 30-year-old veteran.

If they are unable to land Garoppolo, the Colts’ next option could be former Bears starting quarterback Mitchell Trubisky, who is arguably he best quarterback in this year’s free agent class. With the 42nd overall pick in the draft, the Colts may be in position to select North Carolina’s Sam Howell, CBS Sports’ fifth-best draft prospect.

Washington reportedly kicked the tires on just about every available quarterback this offseason that included new Broncos quarterback Russell Wilson. The Commanders decided not to wait on Garoppolo and instead settled on Wentz, a former Pro Bowler who owns a 44-40-1 regular season record as a starting quarterback.

The 29-year-old Wentz has shown flashes of brilliance during his career. He was in the league MVP conversation before suffering a season-ending injury the year the Eagles won the Super Bowl. Wentz endured another injury-plagued season in 2018 before he helped lead Philadelphia to the playoffs in 2019. But he was jettisoned out of Philadelphia after he threw an NFL-high 15 picks during the 2020 season.

Wentz threw just seven interceptions last year while throwing 27 touchdowns. At times, he looked like the player who was in the NFL MVP conversation four years earlier. But his lack of consistency ultimately led to his short stay in Indianapolis. While he won’t have Jonathan Taylor in Washington, Wentz will have wideout Terry McLaurin and running back Antonio Gibson at his disposal. And with Wentz in tow, Washington can use the 11th pick in the draft on another position to help improve their roster.