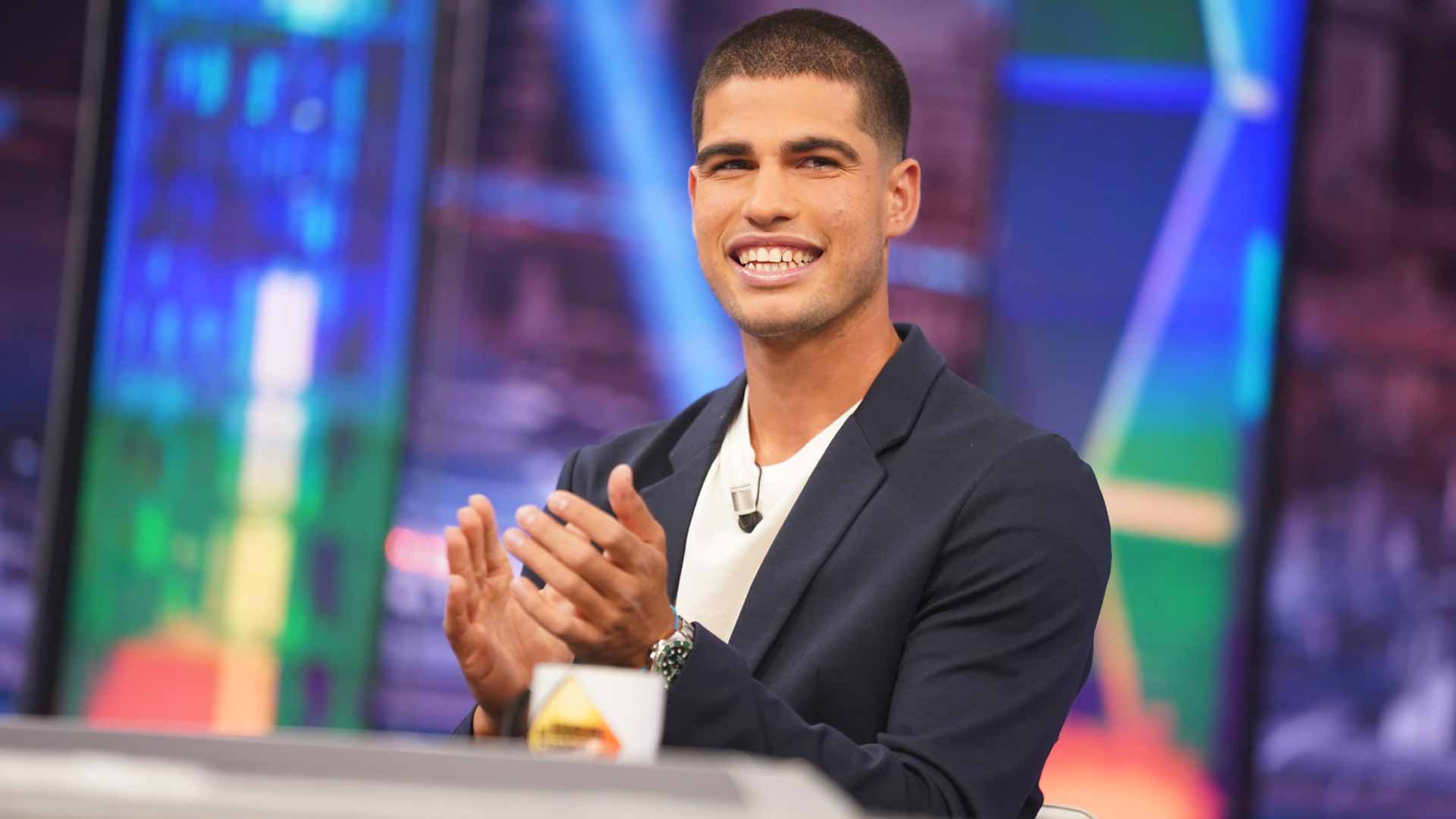 Expectations are soaring for Carlos Alcaraz on the ATP Tour. The Spanish #NextGenATP player is counting down the hours to his participation in the Mutua Madrid Open, where he will enjoy the unanimous support of the fans. It will be the first time the Murcia native competes in his country as a member of the world’s Top 10 and all eyes will be on him.

Before taking to the clay of the Caja Mágica, Alcaraz made an appearance on El Hormiguero, one of the most popular television programmes in Spain, for some fun and to help his legions of fans get to know him better. It is a level of fame Juan Carlos Ferrero’s pupil will have to grow accustomed to as his career progresses.

“I handle it quite well. I tell everyone I don’t consider myself to be famous. When I get recognised, I take it in stride,” Alcaraz said on El Hormiguero. The World No. 9 is a player who goes about his business quietly, but is already starting to draw huge crowds every time he appears at the Caja Mágica.

The Spaniard is enjoying a spectacular year. Having become the youngest champion of an ATP 500 tournament (Rio de Janeiro) and of the ATP Masters 1000 in Miami, last week he confirmed his arrival by lifting the title in Barcelona. These achievements have helped him into third place in the ATP Race To Turin and made him one of the sport’s most recognisable young faces. It is a dizzying reality that his team members are handling with kid gloves.

“The team is there to tell me about the bad things and although it frustrates me, it’s better for me,” said Alcaraz, who has been under the watchful eye of former world No. 1 Ferrero since he was 15. “At first it was tough. I was very difficult. Juan Carlos had a tough time, because I was really disorganised. And I still am, just a bit less! I didn’t control my emotions well and I didn’t have my head straight.”

His professional success has done nothing to change the fact that he is just an 18-year-old who has a special talent for his sport. Alcaraz is a man who lives and breathes tennis, but continues to be a boy in his family home.

“Of course, my parents look after the money. To buy myself golf clubs, which I love, I don’t ask them for permission, but I do for a good car. I’m still fighting against it. My father is tougher and my mother less so, so for going out and things like that I tell my mother,” Alcaraz said. “I don’t have to be back at a certain time exactly, but they always say ‘Don’t be back late’. As hard as I try not to make any noise when I get home, I always wake them up and they catch me.”

With a 23-3 record this year, most of Alcaraz’s peers are unable to keep pace with him.

So far, there is no doubt that Alcaraz is doing just that.