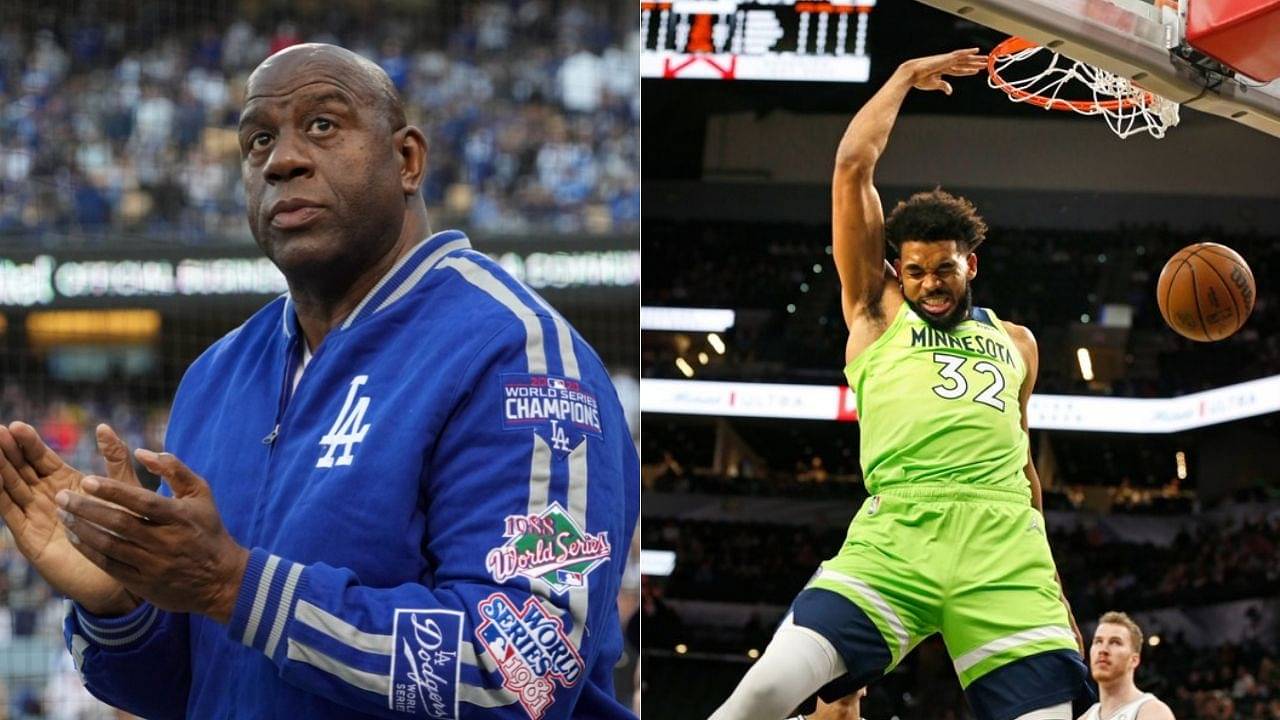 After his recent 6-point scoring outburst, Magic Johnson takes it to Twitter to state that Karl-Anthony Towns has now put himself in the MVP race.

On Monday night, Karl-Anthony Towns had the performance of a lifetime in the Timberwolves’ clash against the San Antonio Spurs. Playing a total of only 36:11 minutes, the 2022 3-point contest champion went on a scoring rampage, putting up a career-high 60 points, grabbed 17 rebounds, and dished out 3 assists on an incredible 61.3% shooting from the field, 63.6% from beyond the arc, and a  stunning 15/16 from the charity stripe.

Another look at his bucket for 60.

Not only did KAT set the franchise record for points in a single game, but the former Kentucky Wildcat also became the first center with a 60-point, 15-assist double-double since Shaquille O’Neal recorded one, almost 22 years back. The Wolves leader also joined the elite company of Shaq, Wilt Chamberlain, and George Mikan as the bigs to have accomplished this feat.

By scoring 60 points last night, superstar Karl Anthony-Towns put himself in the running for the NBA’s MVP!

By scoring 60 points last night, superstar Karl Anthony-Towns put himself in the running for the NBA’s MVP!

Coming from Magic, his biggest basketball inspiration, it will surely mean a lot to KAT.

The Minnesota Timberwolves are one of the hottest teams lately. Over the past 11 games, Chris Finch’s boys have managed to win 9 contests. During this 11 game span, Karl has been playing incredibly for the Wolves, averaging a staggering 26.8/11.1/2.7 along with 1.4 blocks.

Currently ranked just outside the top 10 in the recent-most MVP ladder, the 26-year-old will surely see a jump in his rankings, seeing his form and the team’s recent successes.