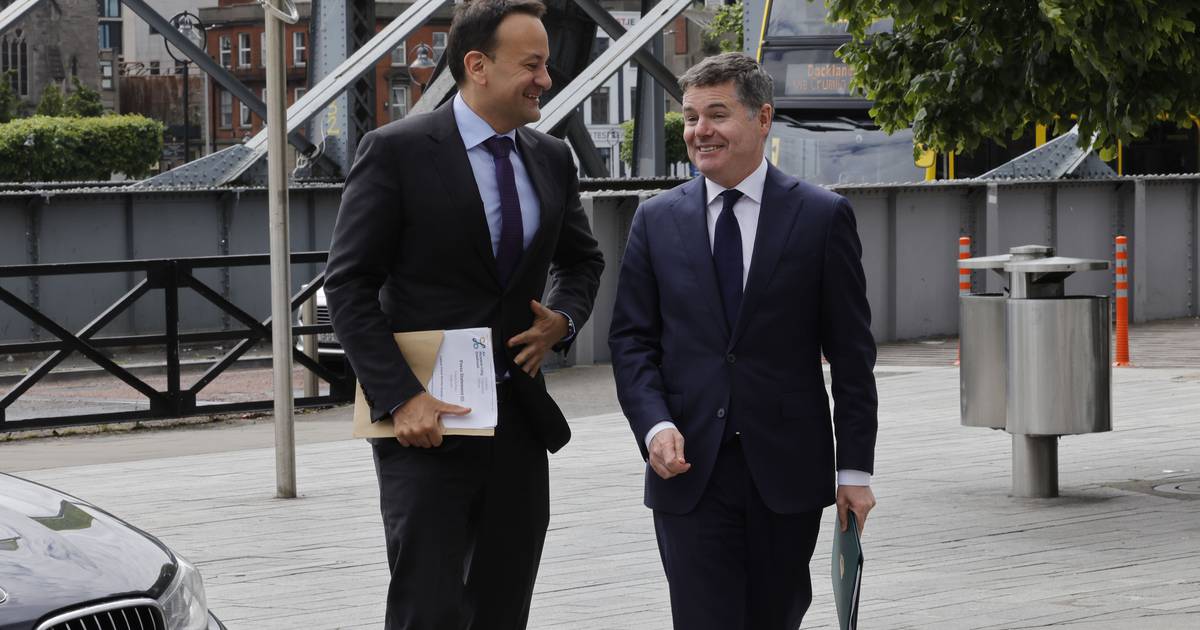 Tánaiste Leo Varadkar has promised a record Budget 2023 package which will could include an increase in the bonus a worker can be given tax-free.

“The good news is, and this probably won’t be a surprise to anyone, is that we have more room to manoeuvre for the budget this autumn than we would have had in any year in recent years. That is driven by the fact that tax receipts are very healthy, there are record levels of employment, the fact that incomes are rising, and trade figures are better than ever. The public finances are in a good state.”

“But that has to be offset against the fact that the budget is happening in the context of inflation. So, pension and welfare increases will have to bigger than they were in previous years because the cost of living is rising faster than previous years. Because we have made an agreement as a Government to index tax bands and credits, the tax package will be bigger than it was in previous years for that reason.”

At present, a worker can receive up to €500 tax free from their employer in a bonus or payment. Mr Varadkar confirmed that the Minister for Finance Paschal Donohoe is examining plans to increase this to €1000.

“An employer in the private sector who is giving a bonus to their staff, only €500 can be tax free, and that is not fair in my view. Paschal is doing some work on that,” he said.

Mr Varadkar made the comments in a press conference in which the Minister for Higher Education Simon Harris announced that students will be able to make more money this summer without affecting their SUSI grants.

The Government agreed to increase the holiday earnings income disregard from €4,500 to €6,552. This will mean a student can earn €2,000 more during their academic break and not lose eligibility for the grant in 2023.

It comes as the Minister for Public Expenditure Michael McGrath said that the Government cannot respond every month with a different set of measures to address rising inflation.

The autumn would be the time to introduce additional social welfare measures, he told RTÉ Radio’s Morning Ireland. That would be when heating and energy bills would start to rise and people would need the most help.

A multibillion-euro package of supports for families and workers is being prepared by the Government which will see childcare fees cut significantly and welfare rates increased beyond the levels that were agreed last year.

Senior Government sources said the changes, unlikely to be announced until budget day in October, could be introduced before the end of the year in response to the cost-of-living crisis, rather than early next year.

The prospect of a “mini-budget” or the introduction of emergency welfare increases before October appeared to be receding on Monday, with Taoiseach Micheál Martin saying it was unlikely that there would be additional measures to alleviate inflationary pressures before the budget.

Mr McGrath said in the meantime there would be additional supports available through the Department of Social Protection in the form of the exceptional needs payment which could assist with energy, food, clothing and day-to-day necessities. People should not be faced with “awful choices” such as whether to spend money on food or clothing. “If people genuinely need support to get by, please do reach out”, he said.

The Government had to ensure it would have sufficient resources available in the autumn, every option would have to be carefully considered, he said. The more resources there were available, the greater the options and flexibility.

Mr McGrath said the Government’s focus was on preparing for the budget, and the first step was the summer economic statement which was to clarify what funding was left to spend for the remainder of the year. Every effort would be made to protect people’s living standards, but it was not possible for the Government to offset every increase.

“As a Government, we need to get the balance right,” he said.

When asked if a double social welfare payment would be made as had been suggested by a number of agencies, Mr McGrath said it would be given careful consideration. He acknowledged there would need to be an increase in the core social welfare rates, but again, the issue was “getting the balance right” including changes to the taxation system and addressing day-to-day costs to healthcare, childcare, rent etc.

Sources in the Department of Children said increased subsidies for childcare would be “significant” and would represent a key plank of October’s budget.

The three Government party leaders met on Monday night to discuss the cost-of-living crisis and they were given a presentation by Minister for Finance Paschal Donohoe and Mr McGrath in advance of the publication of the Government’s summer economic statement.

Sources said the budgetary package for next year would far exceed what was provided last year, especially given the challenges posed by housing Ukrainian refugees and addressing high inflation.

On the issue of the stalled public sector pay talks, Mr McGrath said the Government offer amounted to seven per cent over two years while the inflation rate was nine per cent. “That’s three-quarters of the way.” But pay alone was not enough to address inflation, he said. The Government thought its offer was fair and good for low-paid workers, he said.

Mr McGrath said he hoped that discussions could be resumed as a collective agreement was “best for everyone”.

The negotiations with public service unions stalled when a Government offer of a 5 per cent pay increase over two years was rejected.

Sources on both sides said they were awaiting an approach from the Workplace Relations Commission, but a spokesman for the Department of Enterprise said the role of the commission was to assist the parties at their request.