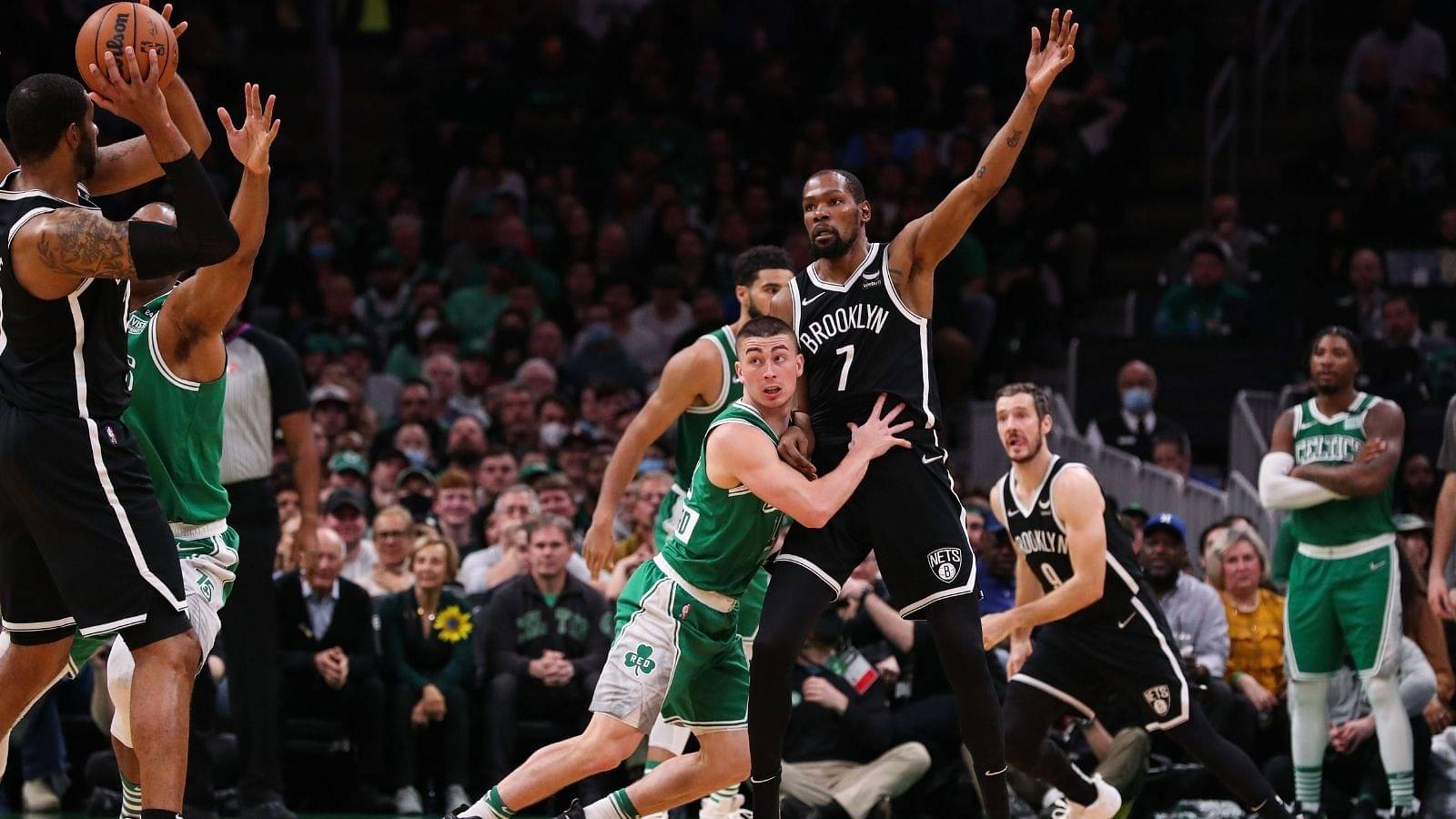 Kevin Durant, Kyrie Irving, and the rest of the Nets need to step up before it’s too late for the Brooklyn team.

The Brooklyn Nets haven’t been this bad for a long time, not even before Kevin Durant and Kyrie Irving’s arrival in 2019. It has been a roller coaster journey for Nets for the past 3 seasons, and it looks like, it’ll stay that way.

They have gone from being the top two seeds in the East for the most part of the season to now being close to finishing the season as one of the Play-in teams.

Also read: “Shaquille O’Neal had the bounce and speed but not the endurance that Wilt Chamberlain had”: Phil Jackson perfectly broke down the difference between the Lakers legends

“Just didn’t win, and I know that sucks cause we just under .500 but can’t complain, worry, and be concerned that’s not gonna do nothing for us. We just gotta put our heads down and go to work. Just keep coming into work everyday and giving it our all. And that’s what we’re going to do.” Kevin Durant said after the loss against the Celtics.

That 126-120 loss makes it Brooklyn’s 17th loss in the last 20 games, making them the team with the poorest record in the NBA in that period. The Slim Reaper did not play in those games except for the last 3 in which they won only once.

The Nets alongside the Houston Rockets are the NBA’s two worst teams in the last 20 games. The stretch that has lasted since the last week of January, 3 games after KD’s injury to be exact.

The Nets held up pretty well in the first 3 games without KD, winning 2 of them and James Harden and Kyrie Irving showed that they could work even without KD, and that too effectively.

But it was the time when the rumors of Harden-Simmons trade had started with the trade deadline approaching. Nets front office and Head coach Steve Nash insisted that the Beard is happy and will stay with the team. But it clearly showed in his attitude that he wanted out, much like his Houston Rockets days towards the end.

And so what followed was nothing much different than what the Rockets went through when James decided to leave for Brooklyn.

Also read: “Who doesn’t want to watch LeBron James in action?”: After Matthew Stafford and Aaron Donald, Cooper Kupp offers to be the Lakers’ next good luck charm

Now that they struggle to win games even after Durant’s much-awaited return, it’s time for the New York team to push the restart button and be back with the same intensity they had when this season started.

Having a 32-33 record as of now, they play the Charlotte Hornets as we speak looking to get on the .500 mark. Ben Simons getting in on the action as early as possible would surely help their cause.