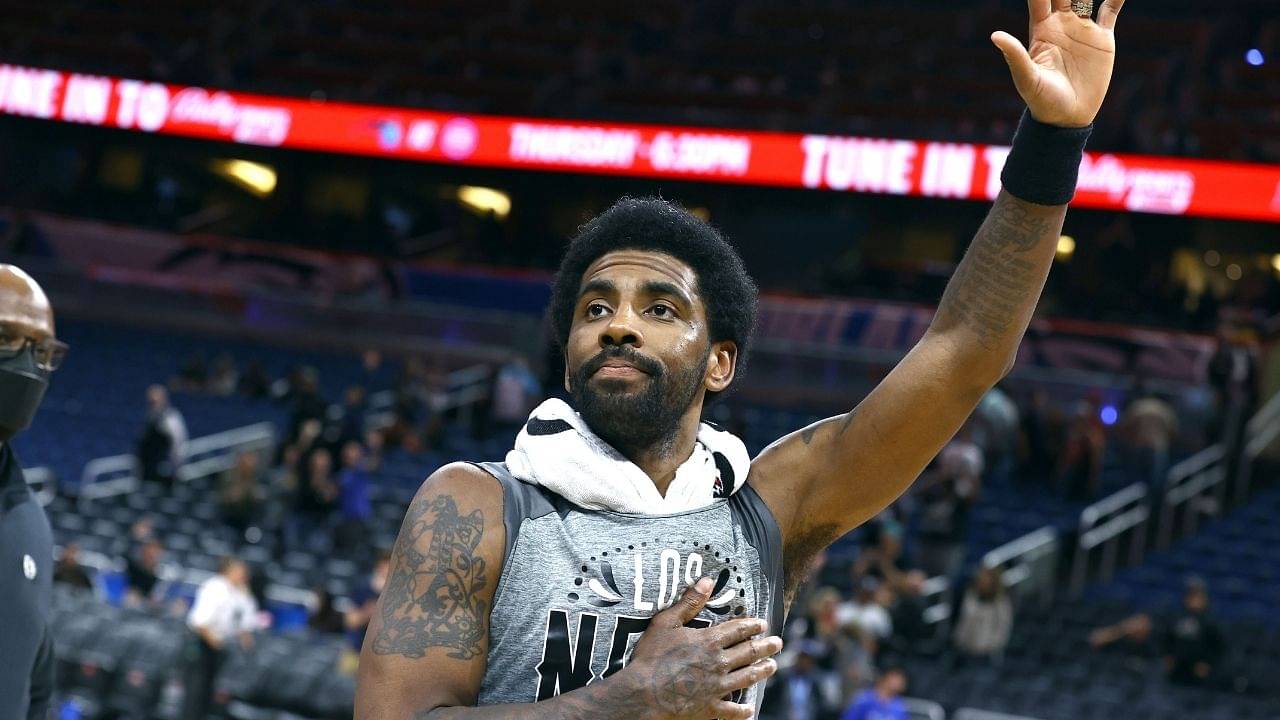 Brooklyn Nets guard Kyrie Irving finds support from a group of individuals amidst his anti-vaccination controversy.

Controversy’s favorite child, Kyrie Irving, continues to make headlines. The Nets guard has been in the news for his aggressive stance against New York City’s COVID mandate, earning him heavy criticism. However, Irving seems to have found support lately for his stand on the mandate.

After missing half of the season, the Nets organization decided to let Irving play road games, and the superstar hasn’t disappointed. His recent 60-point performance bears evidence of the talent he possesses. There is no doubt that Irving’s minimal presence could also have a crucial impact.

In light of his performances, an inconsistency in NYC’s COVID mandate got highlighted. While the mandate doesn’t allow home players to participate or practice in home arenas, it doesn’t say so for the visiting players or crowds.

Also read: “LeBron James will finish with more points than Michael Jordan and more assists than Magic Johson”: NBA analyst Chris Broussard gives the King his due but has MJ as the undisputed GOAT

Thus a group of protestors gathered outside the Barclays Center to show their solidarity for Irving lately.

Irving’s stand against NYC’s COVID mandate had led to polarizing views. While some support the seven-time All-Star, others feel he is being selfish and threatening the health and safety of others. However, recent reports show the tide turning in Irving’s favor.

According to reports, fans gathered outside the Barclays Center holding “Wake Up New York” and “Brooklyn Loves Kyrie” signs. Others ripped up Nets tickets along with photos of Mayor Eric Adams.

Though the newly elected NY mayor called the mandate unfair, he was unwilling to overturn it. Things only got worse with Nets teammate Kevin Durant calling the Mayor Adams attention-seeking. There is no doubt that the services of Uncle Drew will do wonders for the team, who are currently the 8th seed.

The duo of Irving and Durant is an offensive powerhouse, with their recent performances being evidence of this. Unfortunately, Irving’s part-time status is a barrier to the team’s championship aspirations. If the Nets don’t get it done this year, we might be staring at one of the biggest collapses in American sports history.