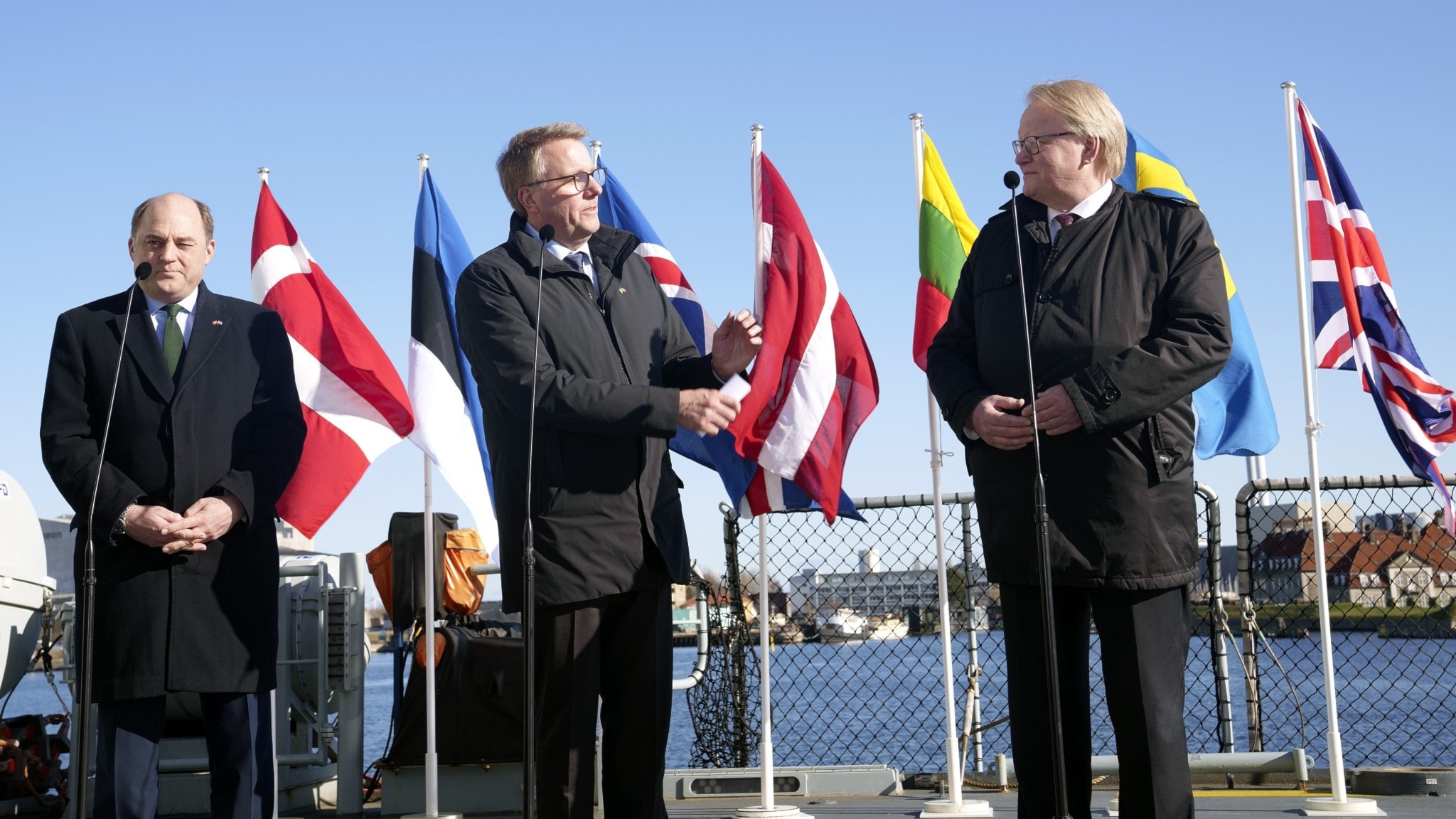 Defence ministers from the UK, Denmark, and Sweden in Copenhagen Friday.