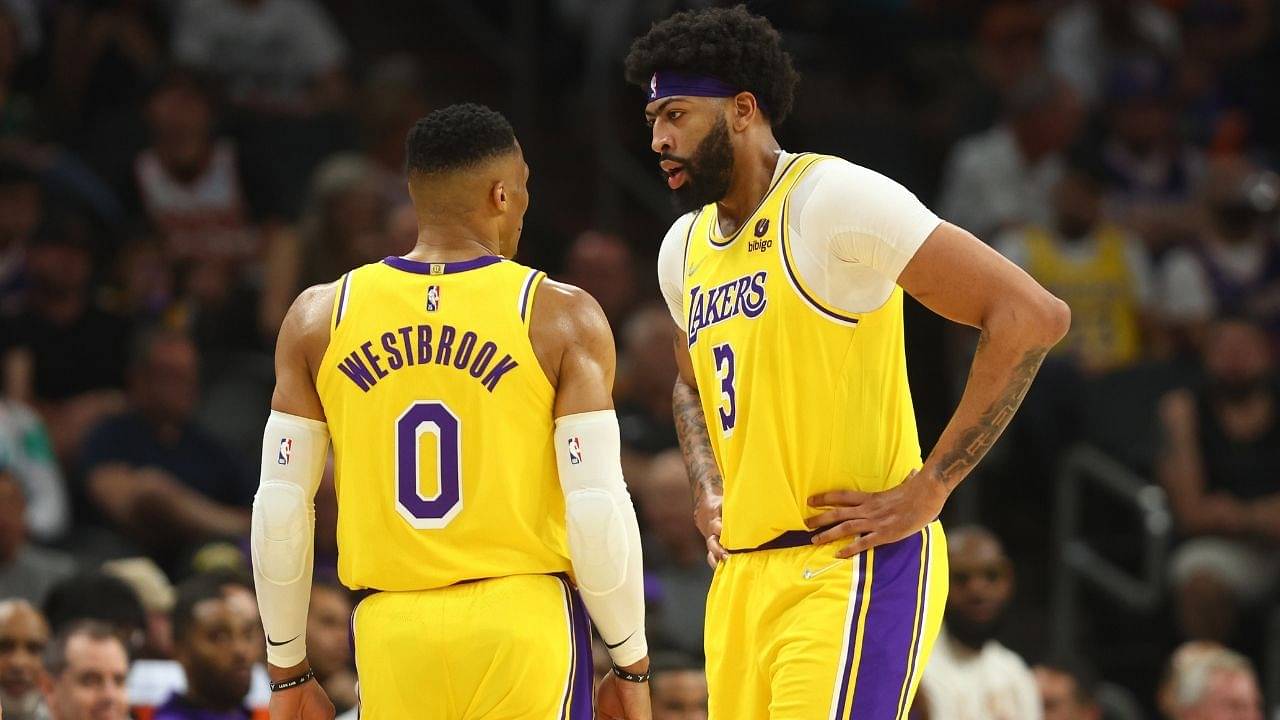 Russell Westbrook and Anthony Davis might be feeling worse after watching THT post 40 pts, which is better than both their season highs.

The Lakers have had a miserable season. They are out of playoff contention and things could not look worse. The media has been preying like Vultures over their dead season and now they have more reason to peck at it.

As if their 31-49 record could not look worse, a relative unknown has outshone a former MVP and an eight-time all-star. Shooting guard and bench player Talen Horton-Tucker dropped a career-high 40 points.

While it is cause for celebrations in the Horton-Tucker household, the Lakers franchise as a whole might have attracted more scavengers.

Also read: “Russell Westbrook is missing from the 2010s All-Decade Team”: Blazers legend, Terry Porter, disagrees with the ‘snubbing’ of the Lakers superstar

The Lakers played their second team today, in what seemed like a meaningless game against the Golden State Warriors. THT was on fire tonight, as he erupted for 40 points, a career-high.

It wasn’t enough though, as the Golden State brushed the Lakers aside, even with their second team. The highlight was that THT’s 40 points were higher than what both Westbrook and Davis have recorded this season.

Horton-Tucker has a greater season high than Westbrook and AD. pic.twitter.com/tMWlAEOYG0

Both the superstars have had a miserable season. Westbrook has underperformed and has shot terribly throughout the season. Davis has been marred by injuries and has missed several games.

Their lack of chemistry has also resulted in the Lakers taking unnecessary losses and has given the team an inability to close out games.

While the Lakers are looking forward to regrouping for next year, for now, they will have to stand the vultures who will peck at every wound the team will bear.