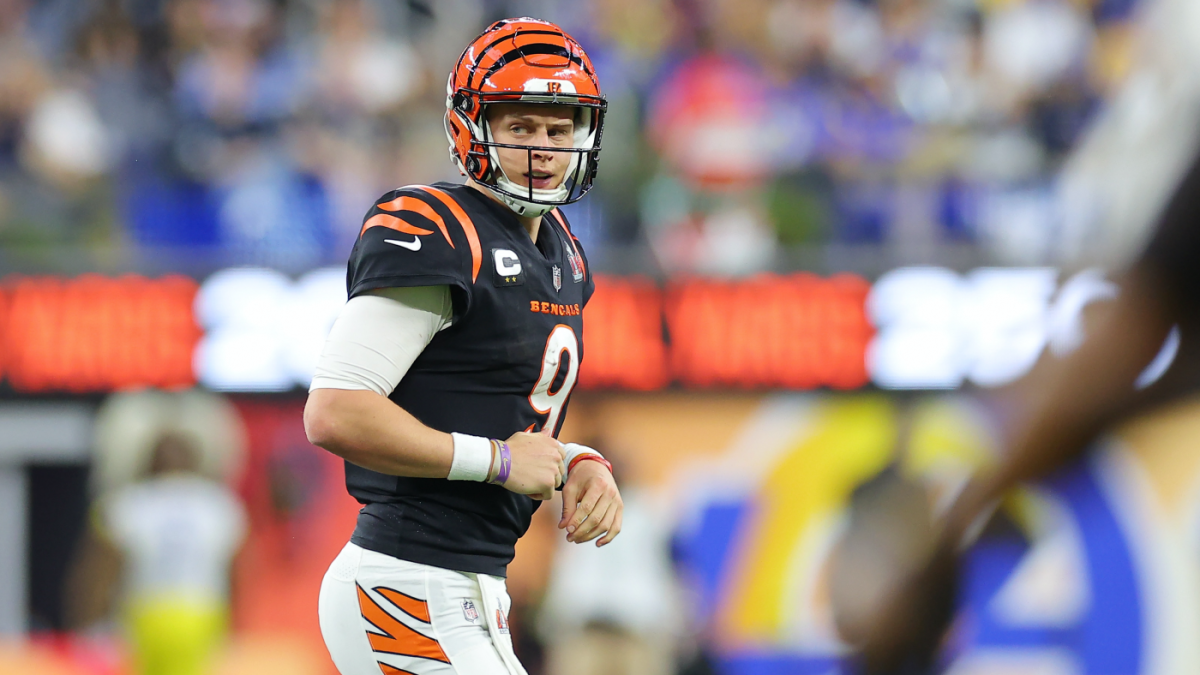 During some down time during the two weeks between the AFC Championship Game and the Super Bowl, Joe Burrow watched a documentary on Hall of Fame quarterback and family friend Kurt Warner. In the locker room following the Bengals‘ loss to the Rams, Burrow thought of something from the documentary that helped shape his postgame perspective.

“They lost one,” Burrow said, referring to the Super Bowl Warner and the Rams lost to the Patriots 20 years ago. “Later within the documentary, he said that they let it sting too much, that they didn’t celebrate what they accomplished.

“Obviously, it stings, but we had a great year. Didn’t come out this last game the way we wanted to, but I think we still have something to celebrate.”

In the documentary, Warner described the disappointment of losing to the Patriots in Super Bowl XXXVI. A 14-point favorite, the Rams were unable to win their second Lombardi Trophy in three years, an achievement that would have placed them in a select category of teams that have been won multiple championships.

“The one game in my career that I’ve thought more than any of the others was losing that Super Bowl,” Warner said. “Losing that opportunity to do something unique and special.”

Seven years later, Warner suffered another last-minute loss in the Super Bowl. But his experience in Super Bowl XXXVI helped him view the Cardinals‘ 27-23 loss to the Steelers in a different light.

“You would think [it] would be similar to the Patriots game where it would just demoralize you, a game that you thought about often,” Warner said. “But my perspective changed, not only in that season but as a person and throughout my career.”

Like Warner, Burrow and his teammates aren’t taking solace in the fact that they came close to winning the Super Bowl. While they had one of the most unexpected Super Bowl runs in history, the Bengals were focused solely on winning the franchise’s first Super Bowl after they had come up short in their first two trips to the big game.

Playing against a team who many picked to make a deep playoff run during the preseason, the Bengals (a team many picked to finish last in the AFC North this season) stated their case to be crowned world champions. As they did several weeks earlier in Kansas City, the Bengals overcame an early deficit. The Bengals led for most of the second half until Cooper Kupp’s game-winning touchdown with 1:25 left. Burrow led Cincinnati past midfield on their final drive, but once there, the Rams’ pass rush exposed one facet of the Bengals’ team that will certainly be addressed this offseason in order to put Burrow in a better position to succeed if he and the Bengals are ever in a similar situation.

They came up short on Sunday night, but Burrow said that he won’t let it diminish what was a special season in Cincinnati. A franchise that had endured 31 years without a playoff win, the Bengals won three playoff games this past January. In the process, they revitalized a city and a fan base that over the past two decades had grown accustomed to being let down.

Cincinnati’s fan base has several reasons to be optimistic for the future. Much of that optimism starts with their quarterback, who expects this Super Bowl experience to be the first of multiple ones for himself and the franchise.

“We’re a young team,” Burrow said on Sunday night. “You’d like to think that we’ll be back in this situation multiple times over the course of the next few years. We take this and let it fuel you for the rest of our careers.”