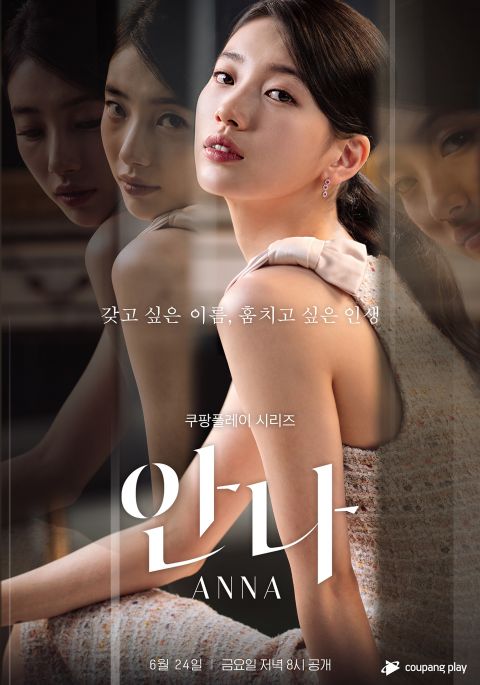 The drama follows the story of a woman who’s simple lie led her to loving someone’s life. Suzy will be showcasing her acting range by playing a complex character alongside Jung Eun Chae, Kim Jun Han and Park Ye Young.

In the trailer, Suzy is seen walking away from a car crash while her purse burns in flames. in the open field, Suzy speaks in voiceover, “People lie in their diary even when no one is reading.”

The scene cuts to Suzy’s character living in two vastly different lifestyles. As Yoo Mi, she lives in a run down house, lives off of instant noodles and takes on multiple part time jobs to make ends meet. However, as Anna the character lives lavishly as she attends events for socialites and holds a grand wedding..

Anna’s lies eventually catch up to her and as someone questions her identity, Anna replies, “I don’t know where to start. This is the story of how Yoo Mi became Anna.”

Accompanying the trailer, a character still is released with Suzy wearing an elegant dress while showcasing her different expressions. The caption reads, “the name I want to have. The life I have to steal.”

Anna is based on the critically acclaimed novel, Intimate Stranger and is directed by Lee Joo Young. Fans can look forward to the drama on June 24th.