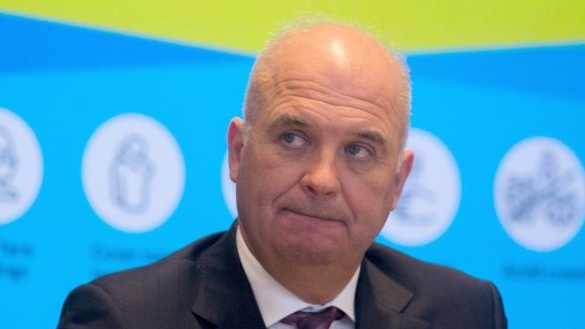 Many Government figures have reacted with anger at the recommendations of the National Public Health Emergency Team (Nphet) that pubs and restaurants close at 5pm and outdoor cultural events should be confined to 5,000 people and take place before 5pm.

Several high-ranking sources said that the Nphet advice had been sprung on the Government, with no indications at a meeting on Tuesday between the Coalition leaders and senior Nphet officials that such a draconian stance would be taken.

Senior sources said that the proposed 5pm closing time could be extended until 9 or 10pm, but stressed that this would depend on the discussions between the party leaders this morning and the decision of the Cabinet when it meets later in the afternoon.

Several people involved in discussions on the issue in Government said that the Nphet proposals amounted to an effective lockdown of the hospitality industry. “This is a lockdown by stealth,” one said.

Many sources questioned the need for the measures proposed by Nphet, though others acknowledged the threat from the Omicron variant and pointed to the worsening situation in the UK.

However, all sources agreed that the Government had been surprised by the Nphet advice, with one high ranking person saying that there was “fury” that it had been “sprung” on the Taoiseach and his fellow leaders. The view of a number of people was that the three party leaders had met with chief medical officer Dr Tony Holohan and Nphet officials on Tuesday to seek to avoid Government being surprised by sudden lockdown advice from Nphet – yet that was exactly what had happened.

“The message after Tuesday was to hold firm, hold your nerve, there’ll be a few tweaks – and now this,” said one high ranking source.

A number of sources also said that the Nphet advice would remove the incentive for many people to get the booster jab – which the Government has identified as a key element of its strategy to fight the new variant.

However, all sources agreed that the Government is now faced with a high stakes decision. “If we deviate from the advice in any way, then we’ll get the blame for whatever happens,” said one person. Another added, however: “But we’ll get the blame anyway, I suppose.” The fear of a repeat of the third wave last Christmas, when relaxed restrictions preceded an explosion of cases and lockdown for months, is still everywhere in Government.

But it’s not just a question of managing the politics. There are serious misgivings in Government about the Nphet advice, with many people fearing that it would push socialising into unregulated home environments.

The Fianna Fail senator Lisa Chambers tweeted: “5pm closing for hospitality means many rural pubs can’t open at all as they often only open in the evening. People will socialise at home. Surely it’s better and safer to have regulated spaces like bars and restaurants?”

Her colleague Malcolm Byrne said: “I am totally opposed to the proposal for a 5pm closing time. It will simply lead to an increase in house parties.”

As the morning progresses, there were further tweets from Government TDs expressing opposition to the proposals, as a revolt appeared to growing.

Several sources also questioned whether there would be public compliance with lockdown-type measures. Politicians believe they are better judges of the public mood that the public health officials and say that many people will get around new restrictions, rendering them useless – or even counterproductive.

“The ability to tell the country what to do is disappearing,” said one senior figure.

All sources who spoke privately on the issue this morning shared two views – firstly that Nphet had ambushed the Government, and secondly that a decision of enormously high stakes faces the leaders and ministers of the coalition this afternoon. Few were willing to predict what will happen in the hours to come.