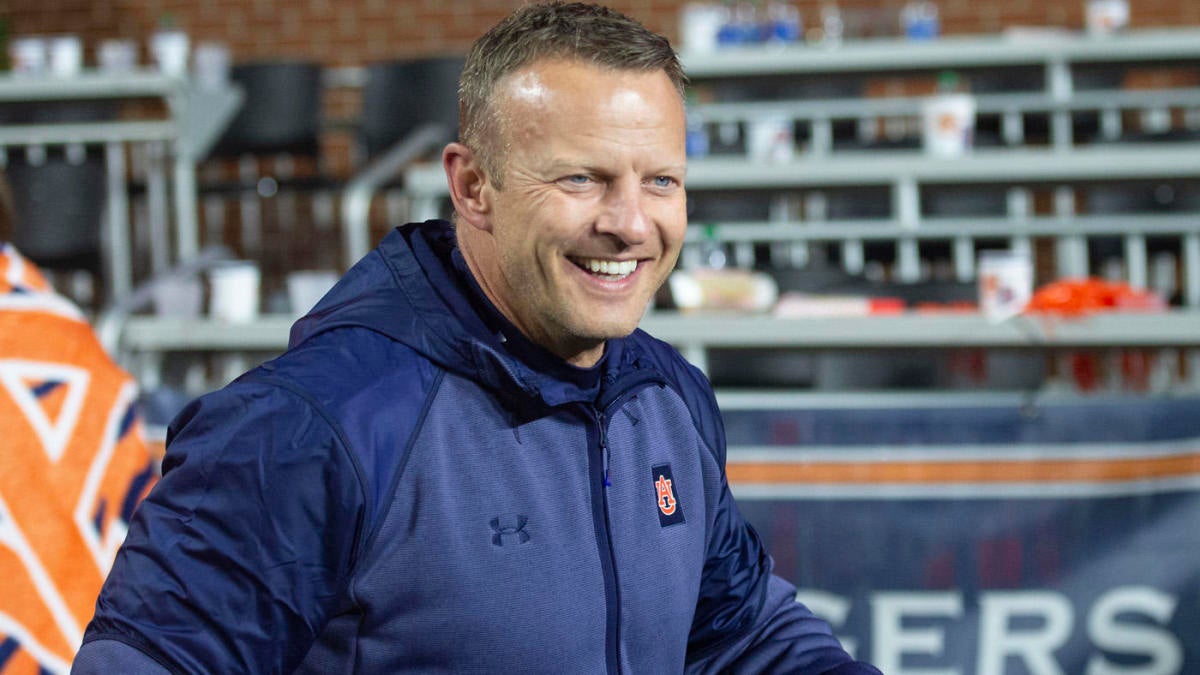 Auburn has chosen to retain Bryan Harsin as coach of the Tigers program after a whirlwind couple of weeks that put his job status in limbo after just one year on the Plains, the school announced on Friday. Harsin’s status has been the subject of wild speculation after multiple reports surfaced that powerful people inside and outside of the athletic department were unhappy with his overall performance in leading the program.

“I am pleased to report that the evaluation of concerns raised regarding our football program is complete,” said president Jay Gogue. “I am equally pleased to confirm that Bryan Harsin remains our head football coach.”

Gogue detailed what went on during the review process.

“Over the past week, my administration conducted that review,” he said. “It included meetings and interviews with current and former football coaching and administrative staff, numerous players, university administrators and other individuals who offered perspective on the issues that had been raised. To be clear, this process, which was never individual- or outcome-specific, did not yield information that should change the status of our coaching staff or football program. All should understand that in matters such as these the roles of the university administration and the Board of Trustees are distinct and separate. To be very specific, the decisions made were mine alone as the president. The Board played no role in the fact-finding or the decision-making process.”

The disappointing SEC debut for the one-time up-and-coming coach in the 2021 season included in a five-game losing streak to end the season, culminating with a 17-13 Birmingham Bowl loss to Houston. It was the main part of what’s been a chaotic 14-month stint marred by on-field shortcomings and off-field distractions.

Despite his track record of success, Harsin arrived to Auburn as a SEC newcomer with something to prove. However, his first season with the Tigers left plenty to be desired.

Harsin experienced significant turnover on his coaching staff and has seen more than two dozen players transfer out of the program.

Since the end of the regular season, 25 players have transferred out of the program, many of whom have since expressed frustrations at how Harsin ran the program.

Harsin came to Auburn after a successful stint at Boise State in which he went 69-19 in seven years (2014-20) with five 10-win seasons. The former Broncos quarterback rose up through the coaching ranks in Boise, most notably serving as Chris Petersen’s offensive coordinator during the program’s defining win over Oklahoma in the 2007 Fiesta Bowl.

“This has been one of the hardest weeks of my career and it had nothing to do with my coaching ability,” Harsin said. “The personal attacks on me and my family went too far and were without justification. Their resolve through this experience has been incredible but also completely expected. We saw and felt the worst of the worst in some people. Fortunately, we also saw the best of the best in others and we will always be grateful for the support of so many through a very difficult time — our players, staff, the Auburn family, and many others.”

Below is a timeline chronicling all the controversy and turmoil surrounding Harsin’s first year on the Plains.

Sept. 24, 2021: Harsin fires Williams as wide receivers coach just four games into his first season with the program. Williams, who had experience in the SEC footprint as a player at Troy and coach at South Alabama, North Alabama, Jacksonville State, UAB and Troy, was replaced by Eric Kiesau on an interim basis. Kiesau served on Harsin’s staff at Boise State from 2017-20.

Jan. 22, 2022: Mason leaves his post as defensive coordinator after just one season. Mason, who had SEC experience as the head coach at Vanderbilt from 2014-20, wound up in the same role at Oklahoma State. It was later revealed that he took a $400,000 pay cut to make what, at best, is a lateral move.

Jan. 31, 2022: Davis, who Harsin hired to replace Mike Bobo as his offensive coordinator, resigns after being on the job for just over one month. Davis cited personal reasons for his departure. He most recently served as the quarterbacks coach for the Seattle Seahawks, and joined the Tigers after the NFL season wrapped up.

Feb. 2, 2022: Traditional National Signing Day comes and goes without a single player signing with Auburn. The Tigers finished Harsin’s first full recruiting cycle ranked No. 18 in the country and No. 9 in the SEC.

Feb. 3, 2022: Auburn Live reported that influential boosters were working to fire Harsin with cause after multiple cultural issues were alleged within the program.

Feb. 4, 2022: Auburn outgoing president Jay Gouge comments on the situation at a previously-scheduled Board of Trustees meeting.

“I just want you to know we’re involved in trying to separate fact from fiction,” he said. “We’ll keep you posted and make the appropriate decision at the right time.”

Multiple Auburn players, including current and former members of the program, took to Twitter to discuss the situation. Some defended Harsin while others detailed a culture in which Harsin mistreated players and, according to Lee Turner, treated them like “dogs”.

The same day, ESPN published a story after speaking to Harsin.

“I’m the Auburn coach, and that’s how I’m operating every day,” Harsin said. “I want this thing to work, and I’ve told our players and told everybody else there is no Plan B. I’m not planning on going anywhere. This was and is the job. That’s why I left the one I was in, to come here and make this place a championship program and leave it better than I found it.”

Feb. 7, 2022: Auburn issued another statement confirming an ongoing investigation into the program.

“The Auburn administration is judiciously collecting information from a variety of perspectives, including our student-athletes, and moving swiftly to understand any issues in accordance with university policies and procedures,” the statement read. “Decisions regarding the future of Auburn and its Athletics programs, as always, are made in the interests of our great university and in fairness to all concerned. We do not make institutional decisions based on social media posts or media headlines.”

Feb. 9, 2022: A document surfaces that states employees can be dismissed for cause by not cooperating with investigations. The new policy, which went into effect one day earlier, was published while Harsin was still on vacation out of the country.

Feb. 10, 2022: Harsin arrives at the SEC office for a mandatory coaches meeting. He entered through the backdoor and away from the media scrums located at the front door and parking garage of the facility.

Feb. 11, 2022: Auburn announces that Harsin will return as coach of the Tigers program for the 2022 college football season.