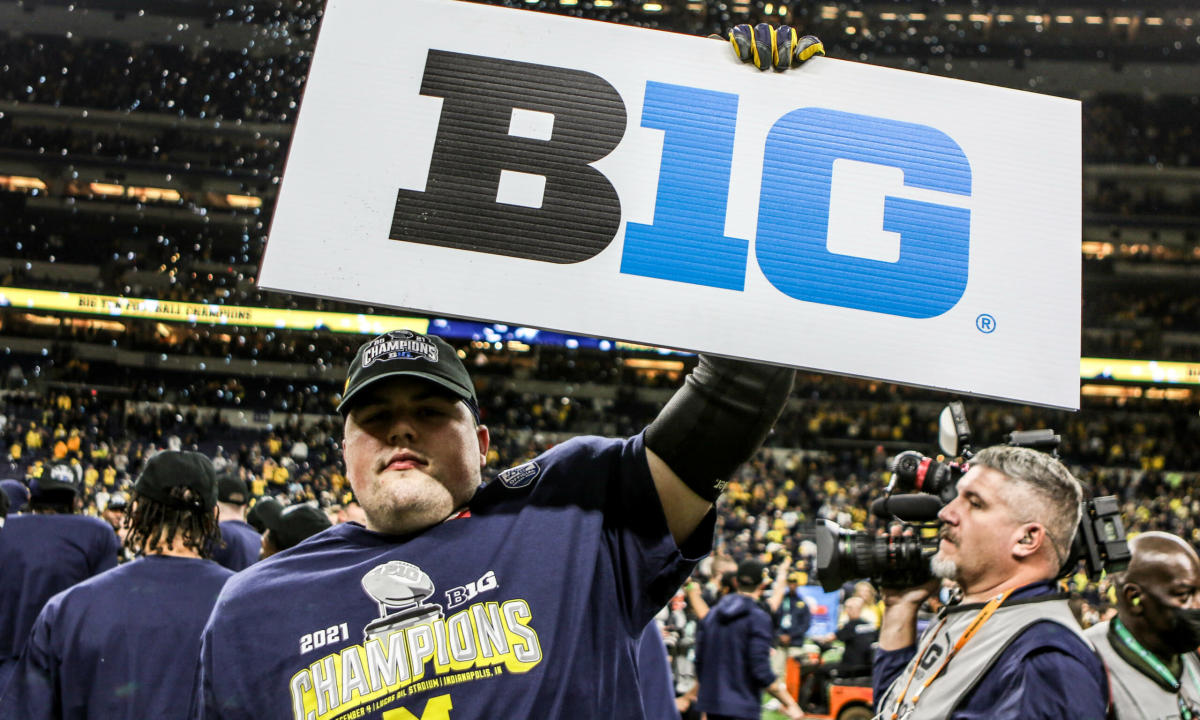 One of the top magazine and digital publications, Athlon Sports released its college football top 25 for the upcoming football season.

Michigan is coming off the best season since the College Football Playoff was created in the college football landscape. The Wolverines won their first Big Ten championship and made it to the CFP — while losing to Georgia in the CFP semifinals. The maize and blue ended the season ranked No. 3 after the final rankings came out.

Offensively, Michigan should be a force to be reckoned with returning practically all of its offense. On the other hand, the Wolverines lost quite a few playmakers on the defensive side of the ball, but the maize and blue will return some key contributors like Mazi Smith, Junior Colson, DJ Turner, and Rod Moore.

Athlon Sports has Michigan as the No. 6 team for the 2022 football season, and here is what it had to say about the Wolverines.

Coming off a breakthrough year that resulted in a win over Ohio State, the program’s first Big Ten title since 2004, and a trip to the CFB Playoff, Michigan has a few major question marks to address – but also plenty of returning pieces to suggest another run at the top four is within reach. The personnel turnover is greater on defense with the departure of ends Aidan Hutchinson and David Ojabo, linebacker Josh Ross and defensive backs Dax Hill, Brad Hawkins and Vincent Gray. Also, coordinator Mike Macdonald returned to the NFL, prompting coach Jim Harbaugh to hire Jesse Minter – also a former Baltimore assistant similar to Macdonald – as the team’s new signal-caller. With the defense under renovation, Michigan’s offense is the strength of the ’22 squad. However, there is a big change on the staff, as Josh Gattis left for Miami, with Matt Weiss and Sherrone Moore taking over the play-calling and co-coordinator duties. J.J. McCarthy and Cade McNamara give the offense two very capable quarterbacks, and Donovan Edwards and Blake Corum should rank among the nation’s best running back duos. The Wolverines have plenty of capable receivers, including Ronnie Bell returning from injury, Cornelius Johnson, Andrel Anthony, Roman Wilson and tight end Erick All. Two starters depart a standout offensive line, but the arrival of Oluwatimi (from Virginia) at center should ensure the drop-off is minimal. The Big Ten East is likely to be decided in The Game versus Ohio State. However, even if Michigan falls short in that matchup, 11-1 might be good enough for this team to make the playoff again.
Key Games: at Iowa, Penn State, Michigan State, Nebraska, at Ohio State

Athlon has Alabama and Ohio State ranked first and second for the 2022 season.