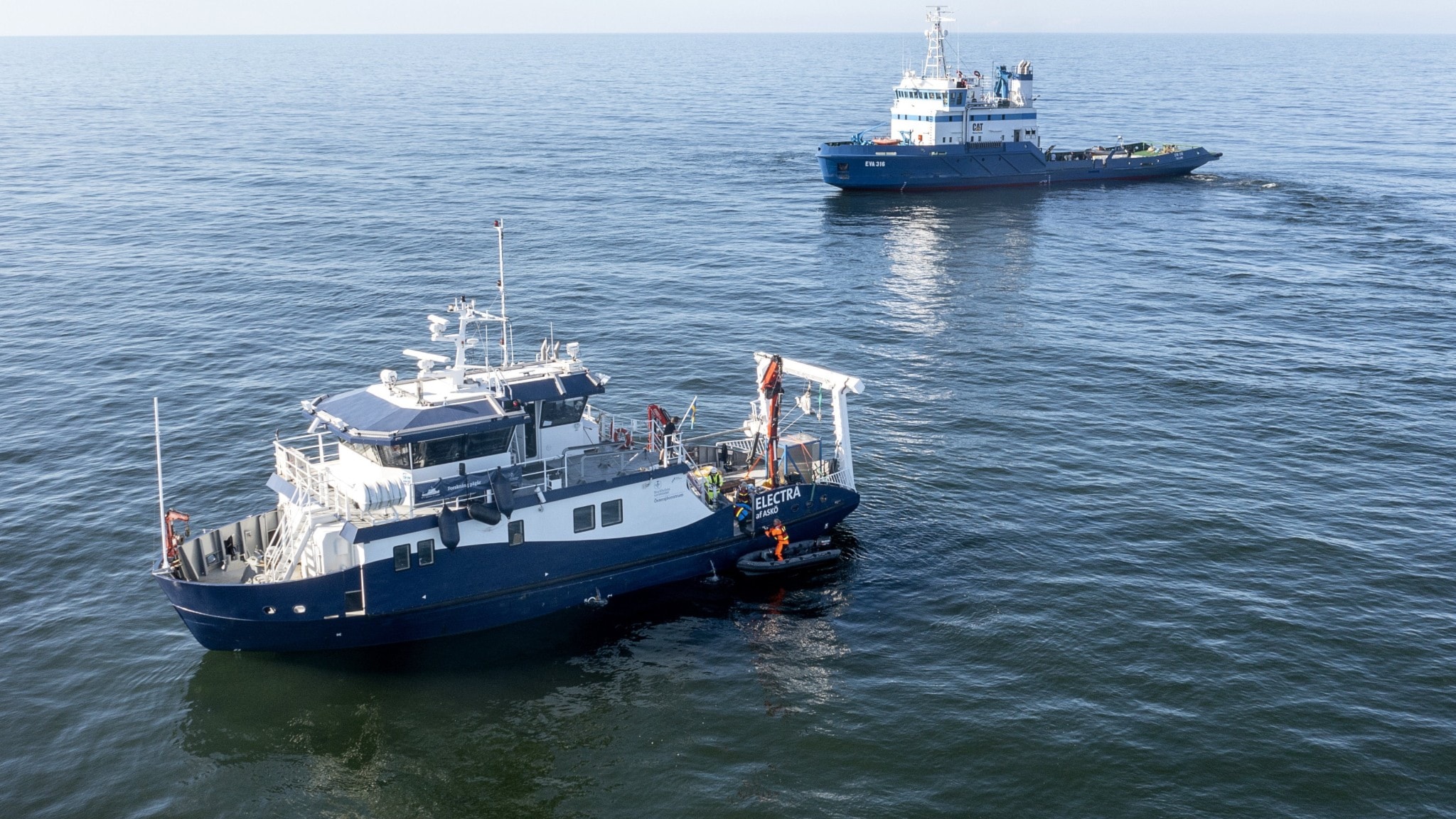 A Swedish and an Estonian ship sent last year to re-examine the wreck of the ferry Estonia.