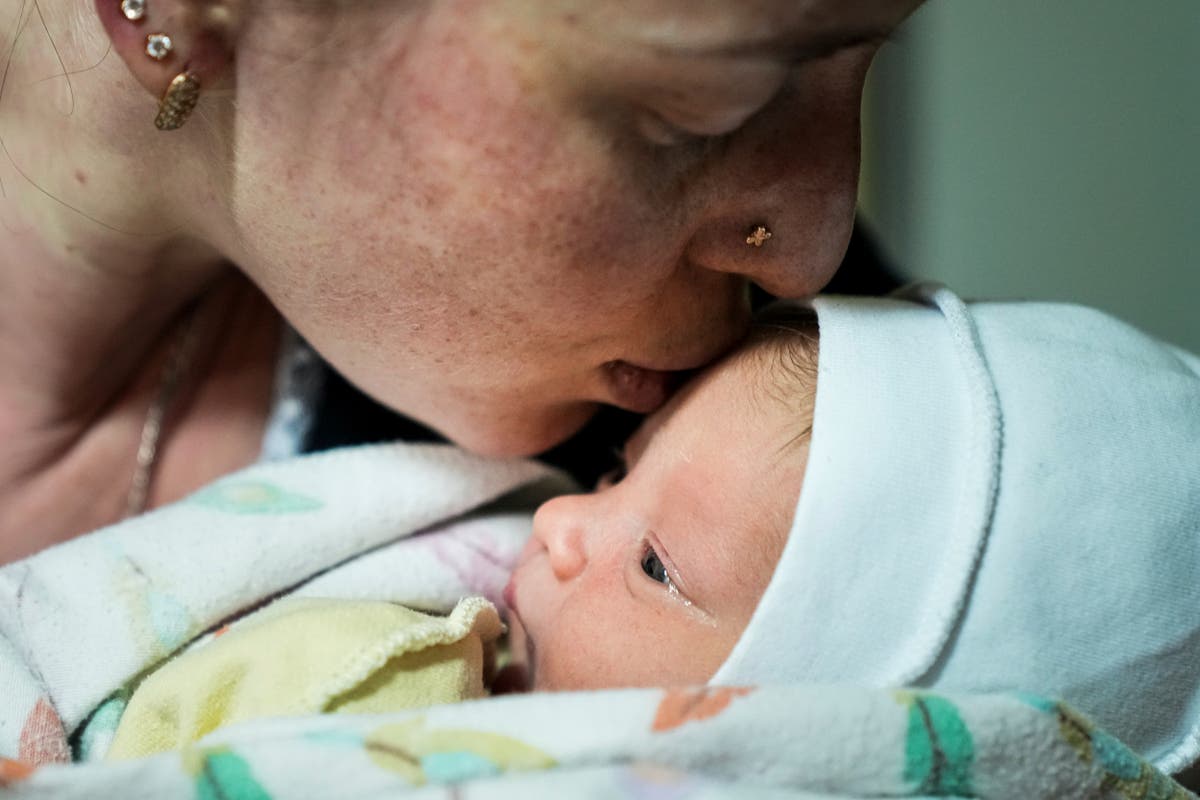 RUSSIA UKRAINE WAR — A 40-mile convoy of Russian tanks and other vehicles threatened Ukraine’s capital, the sixth day of the war. But even as Russia intensified shelling of the country’s second-largest city, the Kremlin has found itself increasingly isolated by tough economic sanctions that have sent its currency plummeting. After a first, five-hour session of talks between Ukraine and Russia yielded no stop in the fighting, both sides agreed to another meeting in coming days. Ukraine’s embattled president, however, said he believed the stepped-up shelling was designed to force him into concessions. By Yuras Karmanau, Jim Heintz, Vladimir Isachenkov and Dasha Litvinova. SENT: 1,310 words, photos, videos. With RUSSIA-UKRAINE WAR-THE LATEST; RUSSIA-UKRAINE WAR-THINGS TO KNOW; RUSSIA-UKRAINE WAR-EYES ON THE GROUND.

RUSSIA-UKRAINE-WAR-PUTIN — Russian President Vladimir Putin is raising fears that he has become more reckless, more committed to restoring the USSR, perhaps more likely to set off a world-altering war. His directive to put Russia’s nuclear weapons in an increased state of readiness demonstrates a no-holds-barred approach that could potentially draw the world’s two biggest nuclear powers into a standoff. By Nomaan Merchant and Vladimir Isachenkov, SENT: 1,310 words, photos.

RUSSIA-UKRAINE WAR-RUSSIA’S ISOLATION — It’s a globalized world — a planet stitched together by intricate supply chains, banking, international sports and countless other tentacles. Until it isn’t. Case study No. 1: Russia this week. In barely three days, the country has become an international pariah in ways startling for — and in some cases helped by — the extremely connected world in which we live. By National Writer Ted Anthony. SENT: 1,070 words, photos. Also see MORE ON RUSSIA-UKRAINE WAR below. For full coverage of the war.

STATE OF THE UNION — President Joe Biden will deliver his first State of the Union address at a precipitous moment for the nation. He is aiming to navigate the country out a pandemic, reboot his stalled domestic agenda and confront Russia’s aggression. By Zeke Miller and Colleen Long. SENT: 1,150 words, photos. UPCOMING: 1,200 words after 9 p.m. speech. With STATE OF THE UNION-WHAT TO WATCH.

ELECTION 2022 — The 2022 midterms kick off with primaries in Texas, where Republican voters get an early chance to reward leaders who have pushed America’s largest red state even farther to the right while tightening their embrace of Donald Trump. By Will Weissert and Paul J. Weber. SENT: 1,190 words, photos. UPCOMING: Updates throughout the day; polls close at 8 p.m. With ELECTION 2022-QUESTIONS; ELECTION 2022 -THE LATEST.

UN CLIMATE REPORT-SOUTH AMERICA — Scientists have long been warning that extreme weather would cause calamity in the future. But in South America — which in just the last month has had deadly landslides in Brazil, wildfire in Argentine wetlands and flooding in the Amazon so severe it ruined harvests — that future is already here. By Diane Jeantet, Mauricio Savarese and Debora Rey. SENT: 1,130 words, photos.

RUSSIA-UKRAINE-WAR-SANCTION WORKAROUNDS — The harsh sanctions imposed on Russia and the resulting crash of the ruble have the Kremlin scrambling to keep the country’s economy running. SENT: 830 words, photo.

RUSSIA UKRAINE WAR-SYRIA — Observers say Putin’s success of his brazen Syria intervention emboldened the Russian president and gave him an arena to test tactics that he can now bring to bear in the war with Ukraine. SENT: 1,020 words, photos.

RUSSIA UKRAINE WAR-SOCIAL MEDIA — As Russia’s war in Ukraine plays out for the world on social media, and big tech platforms are facing increased calls to barring Russian state media from using their platforms to spread propaganda and misinformation. SENT: 980 words, photo.

MORE ON THE VIRUS OUTBREAK

VIRUS OUTBREAK-PHILIPPINES — Traffic jams and outdoor crowds are back in the Philippine capital and 38 other cities and provinces after officials allowed businesses and public transport, including shopping malls, movie houses and restaurants, to operate at full capacity as COVID-19 cases continued to drop with more vaccinations, officials say. SENT: 290 words, photos.

VIRUS OUTBREAK-GUATEMALA-VACCINES — Health authorities in Guatemala say over a million doses of the Russian Sputnik coronavirus vaccine have expired, because nobody wanted to take the shot. SENT: 150 words.

SUPREME COURT-JACKSON-LABOR — A look back at Judge Ketanji Brown Jackson’s decisions in cases involving business and labor suggest she won’t always rule as unions and worker advocates want or expect her to. By Business Writers Tom Krisher and Dee-Ann Durbin. SENT: 980 words, photo.

CALIFORNIA CHURCH SHOOTING — A man shot and killed his three daughters, their chaperone and himself during a supervised visit with the girls at a church in Sacramento, California, authorities say. SENT: 250 words, photos.

SEX TRAFFICKING DEFENSE — The Wisconsin Supreme Court is set to hear oral arguments on whether a woman can argue she legally killed a man under a state law that absolves sex trafficking victims of their crimes. SENT: 390 words, photos. UPCOMING: Developing from 10:45 a.m. session.

MARDI GRAS — After a two-year hiatus due to the pandemic, hundreds of thousands of people are expected to pack the streets of New Orleans for Fat Tuesday. SENT: 400 words, photos.

AUSTRALIA-FLOODS — Tens of thousands of people have been ordered to evacuate their homes and many more had been told to prepare to flee as parts of Australia’s southeast coast are inundated by the worst flooding in decades that has claimed at least nine lives. SENT: 620 words, photos.

TAIWAN-US — A delegation of former U.S. defense officials is visiting Taiwan this week in a sign of stepped-up communication between the sides amid the looming threat from China. SENT: 490 words, photo.

UNITED NATIONS-NORTH KOREA — The United States and 10 other countries condemned North Korea’s latest ballistic missile launch as “unlawful and destabilizing” and urged the U.N. Security Council to condemn it as well because it violates multiple council resolutions. SENT: 470 words, photos.

JAPAN-NISSAN-GREG KELLY EXPLAINER — A Tokyo court will hand down a verdict Thursday in the criminal trial of Greg Kelly, an American and former executive at Japanese automaker Nissan. By Business Writer Yuri Kageyama. SENT: 520 words, photos.

FILM-RUSSIA-BATMAN — Warner Bros. is halting the release of “The Batman” in Russia, just days before it was to open in theaters there, as Hollywood moved to cease distribution plans in the country following Putin’s invasion of Ukraine. By Film Writer Jake Coyle. SENT: 540 words, photo.

HOW TO REACH US